Hitler's Nazis ran over Norway in two months, installing a puppet government led by Vidkun Quisling, thereby providing the world with a new synonym for traitor. Not all Norwegians accepted this arrangement, as is made clear by Max Manus, the new film biography of a sturdy resistance fighter who was a thorn in the Nazis' jackboot for the duration of the Second World War.

Although you may not heard of Max, his story is familiar. A steely patriot who can't accept the easy surrender of his beloved homeland, Max fights back, risking everything. He makes bombs, makes friends, plans and carries out heroic acts of sabotage, loses comrades, falls in love. Finally, he regains his country; a victory that comes at great personal cost. For in vanquishing so many enemies, Max kills part of himself.

In fact, Max Manus (the title role is played by Aksel Hennie) feels so familiar that audiences watching it are likely to experience a numbing sense of déjà vu. Nothing seems particularly fresh or involving. The film exhibits another flaw common to film biographies: Directors Espen Sandberg and Joachim Roenning seem more interested in making a shrine to (as opposed to a biography of) their war hero.

Probably the need to construct a hero, rather than build a character, is what leads them astray. This résumé-padding, if you will, is particularly evident during the film's tepid love story. Through the course of the war, Max falls in love with Ida (Agnes Kittelsen), a beautiful woman in the resistance movement. It doesn't work out. Not that we ever figure out why she wanted him in the first place. Or then turned away. Perhaps the filmmakers just figured their hero needed an escort. Looks good on the movie poster.

Or who knows, maybe Max had a sweetheart who really did break his heart. But the film would rather not drag an icon through a rigorous cross-examination, proving exactly why he wasn't matrimonial timber.

Whatever the case, if Max Manus's love story were one of the bombs Max hurls at the Germans, it would've been a dud.

Elsewhere, the film is a mite too fawning in its depiction of the titular character.

There are just too many scenes here where Max performs some reckless bit of derring-do, leaving admiring minor characters in his wake, smiling and shaking their head, thinking, He's quite a fellow!

And he is. Or was. In one of the film's most harrowing sequences, Max and comrades swim an Oslo harbour in broad daylight, land mines tucked under their arms, somehow avoiding the hawk-like gaze of armed Nazi guards.

The subtitled film is the most expensive Norwegian movie ever made, with a budget of $8-million (U.S.) and a cast that includes 1,800 extras. It's handsomely mounted, with lavish attention to period detail. Star Aksel Hennie is credible, if a little wooden in the title role. And the movie is also sprinkled with compelling action scenes.

Still, Max Manus feels like a film we've seen before. Audiences know what happens before the characters on screen do. Not a good thing for what should be a taut, racing thriller.

Anyone interested in a more probing look at Scandinavian resistance during the war should search out the recent Danish film Flame and Citron on DVD. It caused a great deal of controversy in Denmark. Probably because the film's heroes sometimes come across as less than heroic. But it's a more vital and moving spectacle. Sometimes to make a good war movie, directors have to be brave, too. 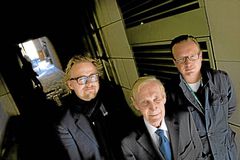 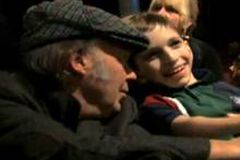