Even when she was starring on a teenage soap opera 12 years ago (albeit the smart, angsty Dawson's Creek), Michelle Williams had an idea, a yearning, about the kind of work she wanted to do, work that slanted more toward art than commerce.

"It was like having a secret or a hunch, an untested theory," she says now, on the phone from Brooklyn, New York, where she lives with her daughter Matilda, 7. "I knew the feeling of what I wanted to do. I didn't know how to do it, or how I would get the chance to do it. But I had this thing inside of me."

Everything that Williams, 31, says during our 20-minute conversation sounds like this – thoughtful, self-aware, self-deprecating. She speaks quietly, almost dreamily, and sounds happiest when she's connecting idea to idea. In mysteriously few words, she communicates that, though she's a private person, she's willing to be intimate and honest if the subject is right. It's a rare combination – and, you realize, a pretty accurate precis of what she radiates on screen.

When I ask her, for example, why she signed on to star in Sarah Polley's Take This Waltz, as Margot, a woman in the midst of realizing that the person she once was is not the person she wants to be, it's a pedestrian question. But Williams's answer ranges far and wide, from her triggers ("I'm interested in playing people who make mistakes. I'm interested in blind spots.") to a quotation that guided her ("How do you go about finding the thing, the nature of which is unknown to you?") to sociological observation.

"I was reading how romantic love has become a replacement for spiritual love," Williams says. "How our human desire, our drive and burn for connection and deep understanding, used to be a religious experience, but our culture has detached from that, so it's become a sexual or romantic experience. I saw Margot as someone who wants this kind of communion, but with whom? Herself? Her husband or lover? And is it outside or inside? It's restlessness – is something wrong, or is this just what it feels like to be alive? And what do you do with that feeling?"

Obviously, this is not an actress who would be happy making movie after movie in which the emotional high point is a shopping montage, and luckily for everyone, Williams steered a better course. On a hiatus from Dawson's Creek, she did the black-comic play Killer Joe in New York, then worked with director Wim Wenders for 2004's Land of Plenty. She consistently favoured artistry over box office, in films that garnered the particular kind of acclaim and attention she wanted, including The Station Agent, Brokeback Mountain, Wendy and Lucy, Blue Valentine, and My Week with Marilyn. Directors as diverse as Martin Scorsese (Shutter Island) and Todd Haynes (I'm Not There) sought her out, and Oscar nominations (three) and Independent Spirit Awards followed.

"I do feel like what I'm doing right now is exactly the secret I had in my heart all those years ago," Williams says. "This is most certainly the work of my dreams."

"Until I met Michelle, I didn't fully understand this character I'd written," Polley says about her sophomore feature, which opens Friday. "But Michelle has a kind of poetry to her." With Williams as a collaborator, Polley says, she could ask thorny questions – How can your beloved spouse become a person you're afraid to touch? When should your happiness take precedence over hurting someone else? – and trust that the audience would stick with Margot, "even if they didn't love all her decisions."

"I was 29 when I made Take This Waltz, and Margot is 28," Williams says. "That she was not 30 was a big deal to me, because I think it's primarily a coming of age story. Your 20s are such a transitional time. Mine were. Oh my gosh, everything was so mysterious. I didn't understand myself; I didn't understand people around me. None of it seemed to make sense or add up. And 30 was like a magical number to me. I feel more settled with myself, I'm accepting the things about myself that I used to fight, both internal or external."

Take This Waltz, like most of Williams's work, includes scenes of physical and/or emotional nakedness, the type that people call "brave." But she's not convinced. "I'm still trying to figure out what people mean when they say that," she says. "Sometimes nudity is gratuitous. But for something like this or Blue Valentine, it's a piece of a whole, it's part of my ability to storytell." She laughs. "It's not easy to do well, or fun or pleasurable. I wouldn't say it's a good day on set. But I feel far more free in my work – less self-conscious and less inhibited – than I do in my life. I think I'm more naked in movies, in a way, than I am in my life. Because it's a sort of disappearing act. I can do it and think, 'It's not exactly the body I do things with, it's not how I see myself.' There's a 'hidden in plain sight' thing."

Has Williams always felt inhibited in her life, or has fame made her so? (Though she doesn't play the movie star game, she's been a tabloid target since the accidental death of Heath Ledger, her ex-fiancée and Matilda's father.) Both, she admits.

"Michelle is used to the scrutiny, it's part of her life, but I can't imagine how she retains her sanity in the face of it," says Polley. Her process as a writer/director is to spend a chunk of time with her actors before the shoot begins, so she and Williams spent a month roaming around Toronto, sitting in cafés, talking. "It was really amazing for me, and I think for her, too to meet someone else who's been acting since she was a kid," says Polley, (who became a Canadian star on Road to Avonlea) "who felt like she'd somewhat missed out on her childhood, but had reclaimed being in film as an adult in a way that was really satisfying."

For the first few weeks, they were so unharassed that Williams pondered relocating here. "She was actually looking in real estate offices," Polley says. But eventually the paparazzi discovered her, and her idyll ended. Polley found herself "literally chasing paparazzi down the street, screaming, because I was so upset that they'd ruined this little respite for her."

Happily, Williams can still find refuge in her work, especially in roles that require her to convey a lot while saying little. "Often, when I read things that are very verbal, they kind of rub me the wrong way," she says. "They don't feel entirely authentic. I respond to it when it's obviously a style choice, a director's or writer's aesthetic. But sometimes it just feels like creating an impossible world where these people are too smart and everybody kind of sounds the same. It doesn't feel right to me. I feel like life is so much more fumbly and incoherent and full of saying the wrong things. There's so much figuring out, so much decoding to do with what's going on in front of you, and then what's going on underneath that. What excites me is trying to communicate this beauty, these ideas, not using any words."

One moment from Wendy and Lucy particularly stands out, Williams says: "The screenwriter, Jon Raymond, who is also a novelist and short story writer, wrote this beautiful passage where Lucy [who's broke] stands in a patch of sunlight, and thinks that at least the sun is still free. Kelly [Reichardt, the director] cut it out of the script, but I said, 'No, we have to try to do that moment, I want to see if I can communicate that idea without language.' In the end, I wasn't up to the challenge."

It's an awfully abstract thing to convey non-verbally, I venture. "I really thought that I could, though!" Williams replies. "I don't know, something about being warm. Whenever I'm really sad I take about three baths a day, I just find it so comforting." Her voice becomes determined. "I'm still going to try to crack that one," she says. "I'm going to try to put that in every movie that I make: Stand in the sunlight, bathe in the warmth, and have the thought that this is the one good feeling that doesn't cost anything. You'll see it some time."

I can see it already. 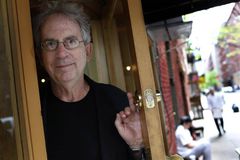 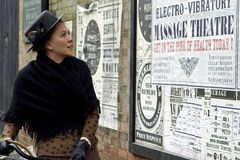