Canadian actor Mia Kirshner is eyeing a major career change – she’s just deferred acceptance to law school – but there are still acting projects that entice her. Milton’s Secret, which has its world premiere Friday at the Vancouver International Film Festival, is one. The story about Milton, an only child (13-year-old William Ainscough) who is bullied at school and deals with problems at home was close to her heart.

Growing up in Toronto, the actor (probably best known for playing Jenny Schecter on The L Word) was bullied horribly at school.

“It was a very lonely feeling from about [ages] 6 to 11, and I guess that’s why I learned to love acting because I could express myself in ways that were considered unacceptable outside of a character,” she says.

Kirshner is living, breathing proof that it does get better.

“It was hell on Earth,” she says during a recent telephone interview from Toronto. “This film spoke to those experiences; this feeling of isolation.” 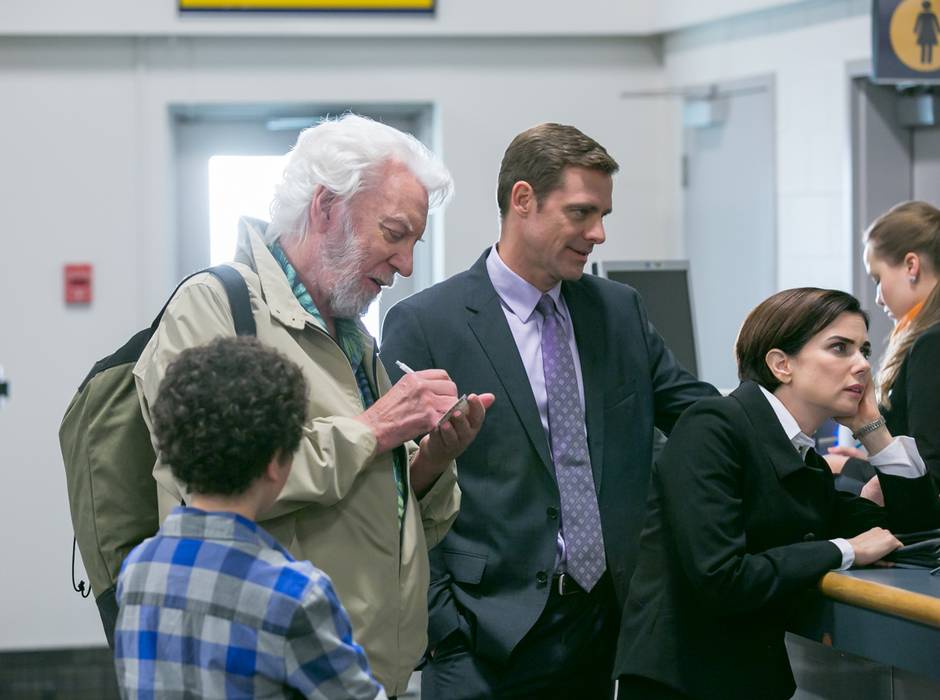 Kirshner, 41, plays Milton’s mother (Gilmore Girls’ David Sutcliffe plays his dad). Both are distracted workaholics with money problems who might be on their way to divorce. When Milton’s grandfather (Donald Sutherland) comes to town, peace begins to descend on the household – and the boy. The film is based on the picture book co-written by Eckhart Tolle and Robert S. Friedman.

“It’s a story that observes in a very real and a very raw way how families operate and what happens when families are stressed with uncertainty,” director Barnet Bain says during an interview from Malibu.

Bain, author of The Book of Doing and Being: Rediscovering Creativity in Life, Love and Work, wanted to turn Tolle’s picture book into a film and after showing Tolle a script, he received the internationally renowned spiritual thinker’s blessing. Tolle is the Vancouver-based bestselling author of The Power of Now and A New Earth: Awakening to Your Life’s Purpose, a book made even more famous when Oprah Winfrey selected it for her Book Club.

“There was a peacefulness on set that I appreciated,” says Kirshner, who lives in Toronto and filmed Milton’s Secret a year ago in Hamilton, Ont. “Barnet really affected the energy on set in a tremendous way. [He] really trusted the people that he worked with, he never yelled, he was always laughing.

“He showed us what practice and positivity can do to a set and how it affects all of us,” she adds. “It certainly made our process more creative and more collaborative.”

For the first time in her career, Kirshner was allowed to bring the dog she had adopted from a Vancouver shelter to set – a huge comfort for her, even if Rainbow’s barking did interrupt one of Sutherland’s particularly emotional scenes.

“It ruined a take, but I am sure I can say categorically that it improved maybe 50 takes,” Bain says. “Dogs are wonderful. … They open hearts. And I’m making a movie. I want people’s hearts open, I want them vulnerable. What better acting coach than a big fluffy dog in the middle of things?”

Even during a 40-minute phone call, you can sense the kind of effect Bain might have on the people around him. He really listens, offers thoughtful answers and seems genuinely interested in the conversation. That certainly had an effect on Kirshner.

“The business can really beat you down sometimes and I think it’s easy to lose confidence in yourself. Barnet just gave me a lot of confidence in myself,” she says.

Kirshner says she was also drawn to the project because of her childhood experience with bullying. Attending an alternative school and struggling with marks because of her dyslexia – she remembers being picked on horribly.

“Kids would move their desks away from me,” she says. “The teachers didn’t do anything; they just stood back and sort of watched all of this bullying go down. It absolutely affected my approach in the world and to people – and probably made me successful.”

Her mother was a great advocate – intervening at school and even contacting her classmates’ parents. A teaching assistant also offered crucial support; she told Kirshner that she was talented and smart, that her marks didn’t matter. She hand-made her birthday cards and taught her a love of improvisation. 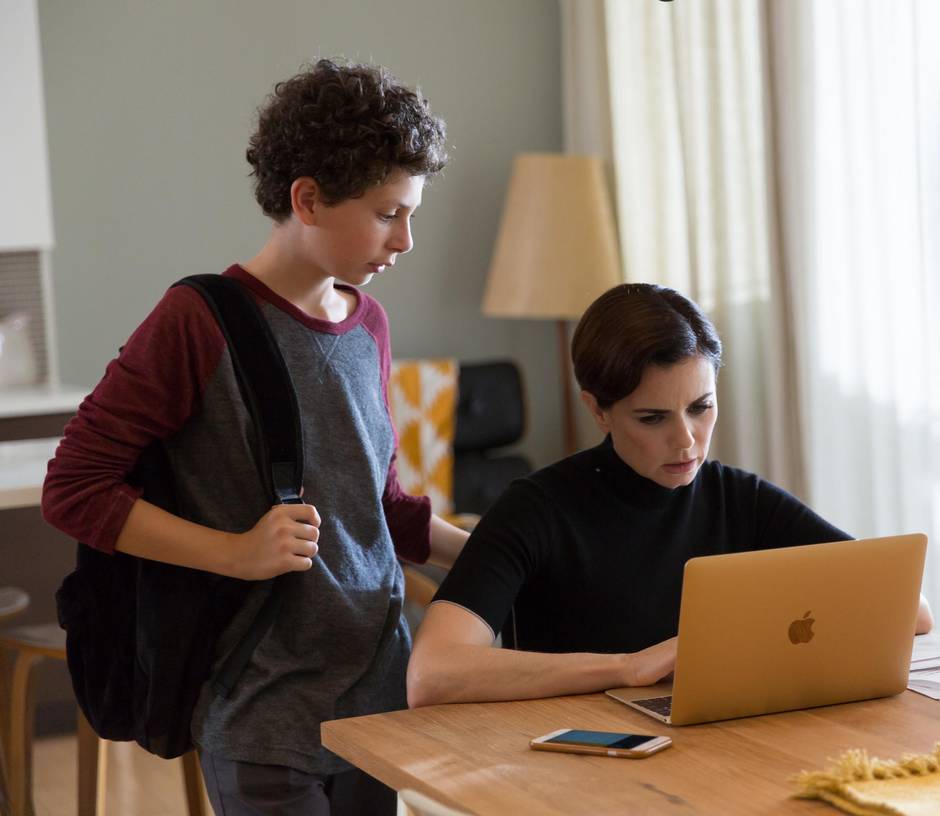 “I still think about those kids who did it … and how cruel they were. Mean,” Kirshner says.

The excruciating experience also inspired a desire to fight for human rights, including gender rights. Kirshner has spearheaded a program to offer schooling in Malawi prisons through her I Live Here humanitarian project.

Her next move is law school. She has been accepted (she doesn’t want to say where quite yet) and has deferred for a year. She’s excited by the idea of going back to school – if a bit scared. It is the result, in part, of working with Bain on this project, which helped boost her confidence and courage so she could continue down her path toward humanitarian work and advocacy.

“It’s propelling that idea forward; that life is your dream and what you create,” she says. “You don’t want to look back on your life and think that you weren’t brave, right?”

Make a date to catch these 10 titles at the Vancouver International Film Festival.

A high school philosophy teacher (Isabelle Huppert) deals with an out-of-left-field, late-middle-aged divorce while continuing to teach and care for her aging mother. Vancouver Playhouse Oct. 5 at 3:45 p.m. and Oct. 9 at 6:15 p.m.

This powerful documentary chronicles life on the Italian island of Lampedusa, landing point for thousands of African refugees – while thousands of others have died attempting the crossing. International Village Oct. 5 at 5:30 p.m. and Oct. 12 at 11:15 a.m.; Vancity Oct. 14 at 6:45 p.m.

Manchester by the Sea

Lee Chandler (Casey Affleck) returns to his Massachusetts hometown after the death of his older brother Joe (Kyle Chandler) and becomes the guardian of his nephew Patrick (Lucas Hedges). The Centre Oct. 6 at 6 p.m., Oct. 8 at 2:15 p.m. and Oct. 12 at 8:30 p.m.

This road movie about a parentless teen (Sasha Lane) who takes off with a group of young, delinquent door-to-door salespeople led by Jake (Shia LeBeouf) won the Jury Prize at Cannes this year. Vancouver Playhouse Oct. 6 at 8:30 p.m. and SFU Goldcorp Oct. 12 at 12:30 p.m.

Critics at TIFF swooned over this film, which examines an urgent subject – what it means to be an African-American man in the United States today. The Centre Oct. 7 at 9 p.m.

Vancouver audiences will enjoy (and may weep over) this documentary about hometown band Spirit of the West and lead singer John Mann, diagnosed with early onset Alzheimer’s disease. The Centre Oct. 8 at 5:30 p.m.; Vancouver Playhouse Oct. 12 at 3:45 p.m.

The director of the Oscar-winning A Separation returns to Tehran for this film about a couple of amateur actors appearing in Arthur Miller’s Death of a Salesman as their relationship faces enormous tests. The Centre Oct. 10 at 9:15 p.m. and International Village Oct. 12 at 1:15 p.m.