They never liked the name, but they changed moviemaking – in their characteristically subtle way. Ten years ago at the SXSW Festival in Austin, Texas, three micro-budget films with semi-improvised scripts, character-based stories, non-professional actors and naturalistic dialogue got clumped together under the name Mumblecore. Checking in with the filmmakers a decade later, that name is passé, but their style dominates independent film and quality television. Its creators' careers are a party, and they're the lives of it.

The three films were Andrew Bujalski's Mutual Appreciation, Mark and Jay Duplass's The Puffy Chair (they're brothers, and their previous claim to fame was a seven-minute short of them recording an answering machine message), and Joe Swanberg's Kissing on the Mouth. Swanberg and his wife, Kris Swanberg, shot it with some pals in their Chicago abodes.

The Swanberg's story is a Mumblecore archetype. They'd studied film, but felt isolated in the Midwest, out of the New York/Los Angeles action. Kissing on the Mouth took six months to shoot, because they had to do it around their day jobs (Kris, for instance, was working in a sandwich shop). They didn't have a crew. They used the camera Joe's parents gave him for his university graduation. They'd shoot some scenes, cut them together with Final Cut Pro, and talk about what to shoot next.

"It was really fun," Kris Swanberg said last week in a phone interview. "We made it in the same way high school kids would do skits in the backyard with their friends, just try stuff."

When the film landed at SXSW, they were thrilled. They met like-minded writer-directors, and began collaborating with them. A lot. Each made a movie a year of his or her own, and acted in and co-wrote the other's film. In 2007, for example, Joe Swanberg made Hannah Takes the Stairs, and cast Bujalski, Mark Duplass and a then-unknown actress named Greta Gerwig. Now Gerwig is a star, with a freewheeling screen persona often compared to Judy Holliday's. Her next film, Mistress America, is due out Aug. 14. It's her third film with writer-director Noah Baumbach, whom she met through Swanberg.

The Duplass brothers, meanwhile, jumped on a rocket ship. They made a horror/comedy (2008's Baghead) with Gerwig. Then, in 2010, they made Cyrus with Jonah Hill (which led directly to Hill starring with Brad Pitt in Moneyball and Leonardo DiCaprio in The Wolf of Wall Street, earning Oscar nominations for both).

When I interviewed the Duplass brothers about Cyrus, I took them out to lunch; they were still at the level where they were delighted by that. Little did we know that industry domination was around the corner. Mark starred in the TV show The League. Mark and Jay have an amusing arc on The Mindy Project as obnoxiously smooth obstetricians. Mark and Jay write and direct the HBO series Togetherness (Mark also stars in it), which is a glorious evolution of Mumblecore: It combines honest dialogue and naturalistic performances with pristine production values. Meanwhile, Jay is co-starring in Transparent, another groundbreaking series, which just racked up 11 Emmy nominations.

To cap it off, in March, 10 years almost to the day after The Puffy Chair premiered, Mark Duplass delivered the keynote speech at this year's SXSW Festival. A primer on how to succeed, its advice included: Make a film every weekend on your phone with your smartest friends; make a $1,000 film with extension cords you buy and then return to the store, write a movie for a star whose career is in a lull; collaborate with everyone.

Not only was the speech a rouser, it coincided with the announcement that he and Jay signed a four-picture deal with Netflix. Who's mumbling now?

"Even though Mark and Jay are making bigger stuff, they're still really scrappy," Kris Swanberg says. "They still have their indie mentality, which is why everyone wants to work with them."

Swanberg hasn't risen to Duplass levels yet, but her latest film, Unexpected, opens July 24. It stars Cobie Smulders as an inner-city high school teacher who finds out she's pregnant at the same time as one of her best students. In its unflashy way, it delves into issues of class, race and female ambition. Swanberg lived the research: She once taught film and video to Chicago high school kids, and became friends with a few. "It's rare that anyone from one socioeconomic class has a true friendship with someone of a different class," she says. "I wanted to talk about that."

Smulders lobbied hard for the role. She knew that a Mumblcore grad like Swanberg would demand real acting, which she was eager to show after years of sitcom ba-dum-bump on How I Met Your Mother. In keeping with the naturalism, Smulders brought along her own special effect: She was six months pregnant, so every shot of her naked belly is the real thing.

Agents and studio people encouraged Swanberg to amp up the drama: add a car crash, make the student's neighbourhood more dangerous. But Swanberg knew real life provides drama and conflict aplenty. "I was so afraid of making them seem less human, and the story less authentic," Swanberg says. "That's what's great about independent film. I didn't have to answer to anybody. I could tell the story I wanted to tell."

That's the Mumblecore gospel, and it's spreading. In Hollywood, it fills the gap that was created when studios stopped making mid-budget dramas, and focused instead on blockbusters. "I'm into heart. Real, human stories that people can relate to," Swanberg says. "That's why people reacted [to Mumblecore stuff] the way they did. They're hungry for it."

The gospel also dominates the discourse in film schools now. When Swanberg was studying at a state college in Illinois, nobody was talking about DIY filmmaking. "That would have been crazy," she says. "Everything was by the book." But cheap digital technology and indie success have changed that; now everyone can create a Mumblecorps.

Of course, Hollywood is still Hollywood. A male director such as Colin Trevorrow can jump from helming a micro-budget first feature (2012's Safety Not Guaranteed, which starred Mark Duplass, because the man is everywhere!) straight to a blockbuster, Jurassic World. The path for female directors is more like Lynn Shelton's, who segued from the Mumblecorish Humpday to more polished scripts with bigger-name actors (Touchy Feely with Ellen Page, Laggies with Keira Knightley) and TV directing (Mad Men, New Girl, The Mindy Project).

Swanberg's not chasing blockbusters. Not yet, anyway. Her budget for Unexpected was somewhere between $500,000 and $1-million (barely enough for a few dino teeth in Jurassic World). "That seems like a tiny budget, I know," Swanberg says. "But to me it felt really big."

After all, the budget on her first film was $10,000. "People worked for free. We slept on the floor," Swanberg remembers. "For my next film, I'm not trying to do crazy car chases, but I do want people to get paid. And I'm 34 years old. I've got one kid and another on the way. I don't want to sleep on the floor any more." From such Mumble beginnings, greatness can be born.

Isn’t it time we admit that Woody Allen has failed to age gracefully?
July 23, 2015 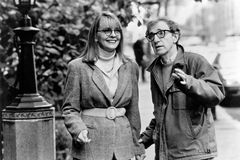 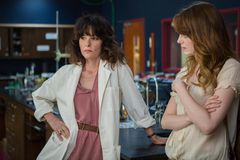 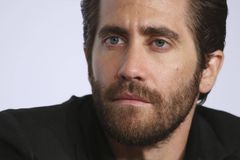