In an entry dated Jan. 18, 1945, screenwriter Charles Brackett wrote that he kept a diary "for future hypothetical reference."

After his death in 1969, nearly 1,000 folders of Brackett's papers went to the Academy of Motion Picture Arts and Sciences – letters, memos, scripts – even receipts, and 55 notebooks of his handwritten diaries spanning 50 years. Any member of the public who cared to visit the Beverly Hills repository could be entertaining decades-spanning insider observations of sexual, social and political machinations or read about the screenwriter's relationship with his long-time writing partner Billy Wilder (Sunset Boulevard is among their many collaborations). One film critic who bothered to read the trove calls them the Golden Era's version of Samuel Pepys.

That hypothetical time for Hollywood seems to be now – in December, Columbia University Press published an edited selection of Brackett's diaries as It's the Pictures That Got Small. In his introduction, the book's editor, Anthony Slide, notes that in the 1970s, unsuccessful attempts were made to interest Doubleday in publishing the "unadulterated" diaries (presumably to protect the guilty, most of whom are now dead).

Brackett's diaries are just one of several recent excavations that offer fresh fictional and historical material to consider, or reconsider, the particulars of Hollywood's early and glory days.

First-hand accounts such as actor Robert Wagner's own decades-spanning social memoir You Must Remember This: Life and Style in Hollywood's Golden Age set the scene last year. The appetite for Old Hollywood even extends to Thin Man-style cozies set in the Golden Age (such as Michael Murphy's latest Jake and Laura mystery, All That Glitters).

Scandals of Classic Hollywood, the recent book by media-studies scholar Anne Helen Petersen (her PhD is in the history of the gossip industry), has an eye-catching cover in the style of the era's gossip sheets. Petersen left academia last year to become a features writer at Buzzfeed, where she continues to connect the dots between the context of the scandals of yesteryear and their relevance to today's celebrity sphere.

Last fall, Producing Gone with the Wind was an extensive show of original materials housed at the Harry Ransom Center archive in Austin, Tex. It brought to life the details and controversies leading up to and during the making of the film that held Hollywood's highest-grossing record for 27 years after its release. The new historical novel A Touch of Stardust by Kate Alcott (pseudonym for former Washington journalist Patricia O'Brien) relies on the Ransom archives and other accounts to take readers behind the scenes of Gone via a fictionalized personal assistant to actress Carole Lombard (who was shacking up with married star Clark Gable at the time).

After Gone, one of the highest-grossing films of 1939 was Cecil B. DeMille's Union Pacific (which won the Palme d'Or at Cannes that year, and earned $3.9-million [U.S.]). "That surprised me because it is not his well-known film today," says Mark Vieira, a photographer and Hollywood historian who has written books on figures such as Irving Thalberg and George Hurrell. Vieira's new book is on the art of DeMille's epics . The hefty and not inexpensive coffee-table book was published in late December, but has already sold out its initial 6,500-copy first printing. It contains about 40-per-cent new unearthed materials, from unprecedented access to more than 40,000 storyboards, props and papers (still privately held by the DeMille Foundation).

"You wouldn't believe how many thousands of things I saw with his initials on them," he adds of DeMille's involvement in art direction. "He approved everything – right down to the font."

On the line from his home in Pittsburgh, writer Stewart O'Nan explains why he opted to fictionalize in West of Sunset, his acclaimed novel about the years F. Scott Fitzgerald lived in Hollywood as a contract writer. Fitzgerald had an affair with syndicated gossip columnist Sheilah Graham and lived in the same compound where he socialized with boldface talents such as Humphrey Bogart and Virginia Mayo, and wrote in the MGM building alongside Dorothy Parker and Alan Campbell, who had just won Oscars for A Star Is Born.

"We have literally thousands of letters from Fitzgerald to Zelda, Scottie, his agent Harold Ober, his editor Max Perkins – where he is and what's on his mind at any point in time during the 3 1/2 years he is out there," O'Nan says. "But like any first-person they are unreliable and we have to read into that. As a fiction writer I love to do that – what are they telling the truth about, what are they ironically lying about, especially because of a given situation. …

Hollywood itself has also in some way always been a fictional construct, a fable. "This legendary, mythical made-up place," O'Nan says, "and the writing from [that era] always sees it as a pernicious, false and dead-end kind of place, if you look at John Fante or The Day of the Locust or They Shoot Horses Don't They," which are of a piece with Fitzgerald's final novel, The Last Tycoon, the roman à clef about, and written in, Hollywood before his death in 1940. "It was about putting the flesh back on the bone, rather than breaking down what facts we have and can verify, and doing it in a way that makes it appear a form of realism." 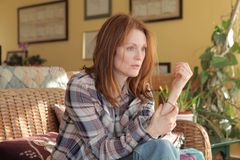 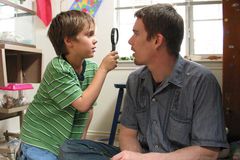 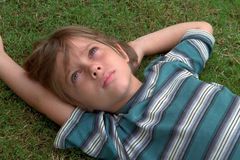 Breaking traditions on the frenzied road to the Oscars
February 19, 2015 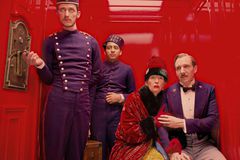