Remember the 2016 Rio Olympics? Sure you do if you think about it – Canada's large medal accumulation and the pleasure taken in that.

But you may have forgotten that, before those Summer Olympics, there was considerable controversy about allowing Russian athletes to compete. The World Anti-Doping Agency (WADA) had recommended a blanket ban for all Russian athletes.

A report by Canadian law professor Richard McLaren stated Russia had operated a state-sponsored doping program for years. No doubt about it.

But Russia's Olympic team would have been 389 competitors. Ban them all and the Olympics might lose something – the frisson of true competitiveness. Or something. Integrity be damned, 271 were cleared to take part by an International Olympic Committee panel.

Bemused and bewildered by the fuss that had surrounded the outing of superstar champion cyclist Lance Armstrong as a cheater – who had, despite denials, used performance-enhancing drugs – Fogel wanted to prove something. Specifically, he wanted to show that the entire anti-doping process was nonsense. If Armstrong could fool the system repeatedly, then the system was bogus. Icarus (now streaming on Netflix) is Fogel's bizarre and highly illuminating documentary account of what he did and why he did it. Without knowing it, he cycled himself into the centre of the international controversy about Russia's doping procedures. And he had the central figure in the huge drama helping him.

Fogel was just a guy who liked amateur competitive cycling. When, in 1986, American Greg LeMond became the first non-European professional cyclist to win the Tour de France, Fogel was hooked. He admired Armstrong, too, but eventually suspected that Armstrong couldn't be a clean athlete. Through the ups and downs of his career in showbiz, Fogel used cycling for exercise and therapy. And, eventually, he was obsessed by the idea of telling a story about challenging the dope-testing system.

As we see in the truly twisted story he tells in Icarus, he was easily put in contact with Dr. Grigory Rodchenkov, director of Russia's anti-doping centre in Moscow. A gregarious, jolly man who jokes constantly, Rodchenkov happily went along with Fogel's idea and promised to teach him how to use performing-enhancing medications but never test positive for them.

Why would an anti-doping specialist agree to game the system for an amateur American cyclist making a documentary? Therein lies the core drama of Icarus. Even as WADA was investigating Rodchenkov, the Russian was cheerfully egging Fogel on. In a way, his motivation is never cut and dry. It's implied. In part it is mischief. In part it seems to be an attempt to blow the anti-doping system to smithereens and walk away from it.

Whatever the motives, Rodchenkov is a fatally attractive character. At the start, he communicates with Fogel via Skype and swoons over Fogel's dog, which was always hanging around. Then he goes to L.A. and helps Fogel in person. Fogel then goes to Russia. As the narrative unfolds, the noose is tightening on Rodchenkov. Eventually, he tells Fogel that WADA has nailed him. He helped Russian athletes cheat at the Sochi Olympics and WADA has the evidence.

"Bryan, it's a disaster, they're killing people, cutting heads," he tells Fogel over Skype, in his typically grandiose but joking manner. What he wants, it seems, is to use Fogel's documentary to show how, as a state employee, he was forced to tell lies. The WADA conclusion and Fogel will help him break free of this burden.

There are times when George Orwell's 1984 is used to frame the story, especially the portions about the "Ministry of Truth," which tells lies. But, thankfully, Fogel doesn't belabour this. The real point of the doc is to show that human nature compels people to be competitive and it compels people to do extraordinary things to survive. Rodchenkov wants to survive and will engage in amazingly brazen acts to achieve that. Fogel, as we see in his cycling, is incredibly competitive. He wants to win as much as he wants to expose the ridiculously flimsy anti-doping systems.

If you are spooked by needles and injections, Icarus isn't for you. We see Fogel self-medicate, as instructed by Rodchenkov and by an anti-aging specialist in Los Angeles. At times, Fogel himself is spooked by it all.

But if you want insight into cheating in sports and the complicated reasons why it happens over and over, Icarus will open your eyes as never before. It is essential viewing for anyone interested in athletics or competitive sports of any type.

Doyle: The Great British Bake Off is not as escapist as it seems
August 21, 2017 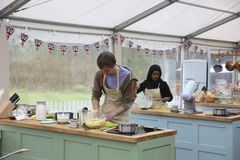 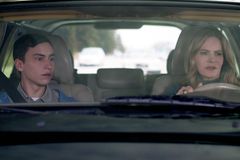