As the country marks its sesquicentennial, the Toronto International Film Festival is betting on new Canadian filmmakers rather than old ones to carry the cultural flag in 2017.

Continuing its long rollout of programming announcements for the upcoming festival, TIFF has unveiled the Canadian titles it will be presenting in September: A third of them are debut features, while this year's list also happens to be light on Canada's recognizable auteurs. The most prominent slot on the list goes to Kim Nguyen, whose 2012 film War Witch snagged an Oscar nomination for best foreign film. His new film, Eye on Juliet, a long-distance, cross-cultural romance seen through the eye of a spider drone, will make its North American premiere in the Special Presentation category at the festival.

Documentary remains Canada's strong suit in filmmaking. Showcasing veteran National Film Board of Canada documentarian Alanis Obomsawin in the Masters program, the festival will present Our People Will Be Healed, the Indigenous director's optimistic view of a school for Cree children in Northern Manitoba.

Also, the documentary section of the festival includes a new film from Alan Zweig, who won the inaugural TIFF Platform Prize in 2015 for Hurt, his doc about Steve Fonyo: There Is a House Here traces Zweig's cultural conversation with Inuit rocker Lucie Idlout. The doc program also includes Sean Menard's The Carter Effect, about Vince Carter and the Toronto Raptors, and Matt Embry's Living Proof, about treatments for multiple sclerosis.

But it's the Discovery program that is packed with Canadian titles this year, as TIFF introduces a new generation of filmmakers to the festival circuit with a series of provocative first features. The titles include Molly McGlynn's Mary Goes Round, a family drama about addiction set in Niagara Falls, and Sadaf Foroughi's Iranian-Canadian feature AVA, a family drama about a teenager's virginity. Cory Bowles of Trailer Park Boys fame offers a political satire about a black police officer in Black Cop, while Montreal photographers Carlos and Jason Sanchez make their debut with A Worthy Companion, about a relationship between a 30-year-old woman and a runaway teenage girl. Ian Lagarde's All You Can Eat Buddha is about a mysterious miracle worker at a Cuban all-inclusive resort. Kathleen Hepburn's Never Steady, Never Still is a drama about a woman with Parkinson's disease.

The Canadian slate also includes about a dozen features from veterans. After a decade's absence from feature film, Mina Shum (Double Happiness) returns with a new drama: Meditation Park is about a devoted Chinese wife discovering her husband's infidelity. On the other hand, it was only last year that Simon Lavoie introduced his experimental political film Those Who Make the Revolution Halfway Only Dig Their Own Graves. He's back with The Little Girl Who Was Too Fond of Matches, about two children reacting to their father's death. Robin Aubert has the zombie flick Les Affamés; Kyle Rideout contributes Public Schooled, a comedy about a home-schooled teen's romantic ambitions; and Adam MacDonald offers Pyewacket, an occult thriller.

Meanwhile, one of the most high-profile Canadian projects to be unveiled at TIFF 2017 is actually a television series: Included in the Primetime segment, Alias Grace is based on the Margaret Atwood novel, adapted by Sarah Polley and stars Sarah Gadon, Paul Gross and Anna Paquin.

Emerging Canadian actors will also get a boost from the festival. Daniel Doheny (who stars in Public Schooled), Mary Galloway and Théodore Pellerin (who both appear in Never Steady, Never Still), and Ellen Wong were named as the participants in the seventh annual Rising Stars professional development program.

TIFF will also look back to its past in 2017. It announced three new digital restorations of Canadian classics to be screened during the festival: Clement Virgo's Rude (1995), the first Canadian dramatic feature to be written, directed and produced by an all-black team; Patricia Rozema's prize-winning I've Heard the Mermaids Singing (1987); and Peter Mettler's poetic essay Picture of Light (1994).

Editor’s note: In an earlier version, it was stated that Alias Grace stars Sarah Polley. In fact, it is adapted by Sarah Polley and stars Paul Gross and Sarah Gadon. 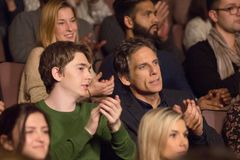 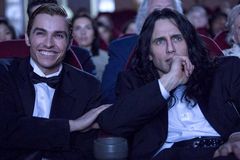 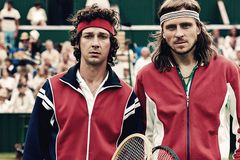