The National Film Board of Canada delivered a swift kick in the pants to the movie industry Tuesday as commissioner Claude Joli-Coeur announced that the organization will ensure that in future half of its films will be directed by women and half of its production budgets will be spent on films directed by women.

The NFB is close enough to gender parity already that the target – which is to be achieved over three years and was announced at the Vancouver International Women in Film Festival – should not be hard to meet. But the initiative, following on a similar pledge last year from Bell Media's BravoFACT and BravoFACTUAL production funds for short films and short docs, may serve as a goad to the Canadian industry, which, like Hollywood, is led almost exclusively by men.

Figures from Women in View, a Canadian group that studies the issue, show that in a sample of 91 feature films made in Canada in 2013-14, only 17 per cent of directors, 22 per cent of writers and 12 per cent of cinematographers were women. Comparable U.S. figures are lower still.

Indeed, if the NFB's enforced parity seems like a reasonable solution, it is because the larger industry is so heavily male that women filmmakers have begun calling for radical change, believing that the shortage of female directors behind the camera and the absence of strong female stories on screen are linked.

One initiative, launched by a group of Canadian and American filmmakers and actresses at the Toronto International Film Festival last year, calls on producers to ensure that 80 per cent of their movies pass the so-called Bechdel test, a requirement that a film contain at least one scene where two women talk about something other than a man.

With its long history of social documentary production, the NFB has a much more comfortable relationship with gender parity than the Hollywood studios with their thrillers and action movies. Indeed, Joli-Coeur's initiative turns back the clock to the 1980s and early 1990s when half of all NFB films were directed by women, thanks in part to the existence of Studio D, an in-house production arm dedicated entirely to women's films.

Established in 1974, Studio D was famous both for the challenging topics it took on and the quality of its work, winning Oscars for Beverly Shaffer's I'll Find a Way, Terre Nash's If You Love This Planet and Cynthia Scott's Flamenco at 5:15.

In 1996, when the NFB was faced with deep budget cuts from the Liberal government of the day, it closed its capital-intensive in-house studios with their staff filmmakers, and replaced them with production streams and contractors, but it did not include a women-only stream.

Parity has dropped since then but not so significantly the NFB can't catch up: in announcing the initiative on International Women's Day, Joli-Coeur pointed out that in the current fiscal year, the NFB is at parity with both female-lead and male-lead projects accounting for about 43 per cent of the budget each. (Another 11 per cent is being spent on films directed by mixed teams and the rest has yet to be allocated.)

In the previous year, films directed by men accounted for 48 per cent of the production budgets while female-lead films were at 42 per cent.

Those numbers make it clear that the NFB's move will not dictate huge changes in what projects it funds; what it may do is force other public funding bodies, most notably Telefilm Canada and the Canadian Media Fund, to take a hard look at their own statistics. 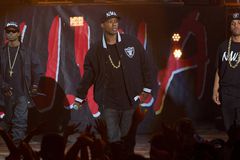 Funny women are ruling the screen, but it’s still a boy’s club
January 7, 2016 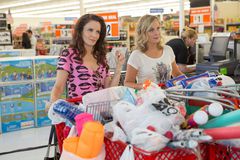 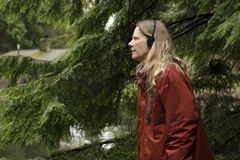