Over lunch at Crush Wine Bar, one of Niv Fichman's favourite Toronto haunts, the veteran producer made Alliance Films a gutsy – and risky – pitch.

As he told executives Victor Loewy and Mark Slone, he wanted them to bankroll and mentor a new generation of filmmakers with great potential – but without a single full-length feature film to their credit.

At first, his tablemates stared at the 53-year-old as if he'd grown another head. But as they sipped cabernet and listened to the energetic producer behind such acclaimed films as François Girard's The Red Violin and Fernando Meirelles's Blindness, they warmed to the idea. And bought in.

That was three years ago. Since then, Alliance and Fichman's company Rhombus Media have collaborated to provide full-scale support – from script development to casting to distribution – to half a dozen very green filmmakers from Canada and around the world.

The gamble is obvious: In an industry beset by anxiety about shrinking audiences, digital competition, and government funding cuts, these partners are sticking out their necks. Fichman alone has devoted $10-million of his Telefilm Canada grant money to the venture.

"A company like ours is normally in the business of handling big-scale, big-budget productions with names everyone knows," says Slone. "Here, we're using resources to support a film that may conceivably never find an audience."

So why take on what the partners are calling the First-Time Filmmaker Initiative? It's not about altruism. They're betting on a new business model: Instead of the usual approach – pour big bucks into big names and pray for box-office dividends – they're spending cash earlier in the development process to create new box-office bait.

Or so they hope.

Last week, Loewy and Fichman hopped a plane to Cannes to walk the red carpet with one of their early gambles, Brandon Cronenberg (yes, filmmaker David Cronenberg's son). His debut thriller, Antiviral, received a standing ovation.

Next up is a romantic fable, The Boy Who Smells Like Fish, a Mexico-Canada co-production from Mexico City-born Analeine Cal y Mayor. Then comes a "sexual-exploration comedy" called Zoom from Sao Paulo-based director Pedro Morelli (a protege of Meirelles whom Fichman met during the filming of Blindness).

Fichman is also putting together financing for an historical-action fantasy called Dogs of War, set during the war of 1812. It will be the first feature from Vancouver's Zach Lipovsky, a 28-year-old visual effects specialist who came to Fichman's attention after placing fifth in Mark Burnett and Steven Spielberg's 2007 Fox reality TV series on filmmakers, On the Lot.

"Nurturing emerging talent is a way to give them access to our screens, particularly at a time when it's getting increasingly difficult for young filmmakers because of the overall financial squeeze."

Fichman, who has the exuberant personality and fashion flair of a man half his age, tends to speak with unalloyed optimism. But Slone, a seasoned dealmaker who first worked with Fichman on The Red Violin, readily admits there could be significant downside for Alliance if these first-time films don't fly.

"We are basically pre-buying a movie we haven't had the chance to see based on a very rough script and the strength of the producer," he says.

The fact that all of this is going on just as Alliance Films hits the auction block adds to the drama. But Slone says he doesn't think a change in ownership would have an impact on the Rhombus deal.

And you could say, whoever ends up owning it, that Alliance is taking a measured bet.

"Niv already has a reputation as a producer making unique films in the marketplace," says Slone. "We see Niv as someone who can convert risk into success."

Certainly, Brandon Cronenberg's invitation to Cannes is a positive sign.

" Antiviral is a good example where Niv took a filmmaker with enviable lineage but no [feature]films behind him to date. He brought the mentoring that took a good idea and helped make it into a great film ... without a lot of a first-time filmmaker's mistakes."

Jason Eisener's 2011 mock horror flick Hobo With a Shotgun was another considered risk: The Nova Scotia director popped up on Fichman's radar after he entered a trailer (shot on a mini DVD camera for $120) into an international competition sponsored by Quentin Tarantino and Robert Rodriguez. Eisener won – and while he was in Los Angeles for Grindhouse's 2007 premiere, Fichman called.

Eisener, 29, wasn't sure what to expect: "I IMDB'ed [Fichman]and saw film credits like Childstar – definitely not the same kind of world as Hobo – and thought, we'll see how this goes," he says with a laugh. "But we met him, and immediately clicked.

"It took a couple of years to get the financing – and we had a lot of doors closed in the process. But Niv always stood by our side. He never wanted us to compromise on anything. Hobo is pretty wild stuff, but he wanted us to have a proper budget to make the movie the right way. Otherwise, it would have felt like schlock."

So far, the film has earned a respectable $600,000 from a limited theatrical release and has gone on to enjoy a cult afterlife on Netflix.

Fichman hasn't given up on bigger projects, mind you. He's currently overseeing Denis Villeneuve's $14-million thriller An Enemy, starring Jake Gyllenhaal and Isabella Rossellini. But once he wraps that film this summer, he plans to focus again on his smaller pet projects – specifically Lipovsky's Dogs of War.

The film is based on a graphic novel about five Canadian fighters who exact revenge on the Americans after they burn Fort York.

"Basically we're making a comic-book movie of Canadian history. Like the Canadian Avengers," jokes Fichman. "Young filmmakers who were born out of the digital revolution are incredible storytellers. They have so much more experience than I did at their age. They post their films on the Internet. They market them online and they know their audiences so well. It's time they should be calling more of the shots."

Betting on the new kids

Rhombus Media and Alliance Films are investing big money in new Canadian filmmakers. Among their protégés:

The director and his buddies came up the 2011 horror flick Hobo With a Shotgun while hanging out at Dartmouth pizza shop Ronnie's Pizza. A mock trailer they made went viral in 2007, and they landed a deal to make the film with Rhombus in 2010. Since then the film has hit the festival circuit and is edging up toward cult status, with 50,000 DVD sales in Canada.

Yes, he's David Cronenberg's son. But he didn't make his first short film, called Broken Tulips, until he entered Ryerson University in Toronto. His school chum Kevin Krikst (now a Rhombus employee) took the film to his boss, Niv Fichman, who encouraged the junior Cronenberg to flesh it out into a feature. The movie, now called Antiviral, just screened at Cannes and lands in theatres this fall.

Born in Mexico City, this filmmaker and video artist has worked on films such as Julie Taymor's Frida and James Franco's Broken Tower. Her first feature, The Boy Who Smells Like Fish, is now in post-production with Rhombus. She wrote and directed the script.

The Vancouver director is currently making Dogs of War, a film set during the War of 1812 about Canadian fighters clearing a path for the British army to invade Washington and burn down the White House. 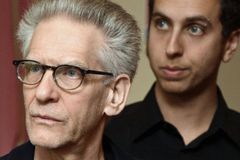 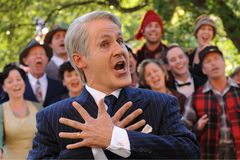 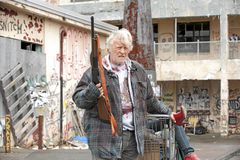