Judgment day has come for Hollywood.

On Tuesday morning, the Academy of Motion Picture Arts and Sciences announced nominations for its 89th Academy Awards, the end (for some) of a wild, unpredictable, months-long marathon – a multimillion-dollar exercise in vanity, ego and, occasionally, art.

But while the predawn event acts as a close-to-final appraisal for films both worthy and unworthy of industry-wide celebration, the morning was also a day of reckoning for Hollywood itself, which has been, rightly, facing allegations of systemic racism after two consecutive years of #OscarsSoWhite controversy. Would the Academy finally wake up to the diverse performers in its midst?

2017 Oscars: Your guide to the nominees, and what The Globe thought of them

Thankfully, yes – and then some. Going into the nomination ceremony, hopes were high for such excellent, diversity-forward films as Moonlight, Fences, Loving, Hidden Figures, Lion and documentaries 13th and I Am Not Your Negro. But, just as the Academy has disappointed in the past, those expectations were also weighted with cautious hopes. Barry Jenkins's coming-of-age masterpiece Moonlight, near universally acclaimed since it screened at the Toronto International Film Festival, was seen as the surest bet. If the Academy ignored this monumental work of art, surely it was doomed.

Does this mean that #OscarsSoWhite is cancelled this year, and for years going forward? Not by a long shot. The recognition of these projects is progress on behalf of a newly diversified Academy membership, no question, but the honours need to be framed in a larger context. The industry could simply use this year's plethora of nominations as an excuse to dismiss the much-needed conversation about diversity in cinema: "Hey, we did our job this year, right? We're cured!" There is a serious risk of losing momentum of this critical conversation, of the Academy developing another case of short-term memory – essentially, a repeat of what happened in 2002, after the Oscars made overdue history by awarding best actor to Denzel Washington and best actress to Halle Berry, the first time black actors won both top performing honours in the same year. It's a feat that hasn't been repeated since.

As April Reign, an editor and activist who created the #OscarsSoWhite hashtag back in 2015, told me in an interview late last year, there is progress, and then there is the illusion of progress. "#OscarsSoWhite was never a black versus white thing, never a race-only thing," Reign said. "It is about all the communities that are traditionally underrepresented in entertainment." This means a further dialogue is needed on films from the Asian-American experience, the LGBTQ perspective, the Latino POV and so forth.

And, of course, any progress made Tuesday on behalf of films chronicling the black experience might be all for naught when you consider the behemoth dominating this year's nominations: La La Land. Damien Chazelle's musical, which has been steamrolling over the competition all awards season, earned 14 Oscar nominations, tying the record previously set by Titanic in 1998 (and, before that, All About Eve in 1951). Certain, more cynical corners of the film community have suggested that the sunny tale, starring Ryan Gosling and Emma Stone, might suffer due to its perceived lack of substance (and, save a John Legend performance, its lily-white cast) but never underestimate the industry's love for movies that celebrate the wonder of, well, movies.

Plus, the film is, in actuality, a magnificent achievement in its own right – not necessarily the feel-good ode to achieving your Hollywood dreams as the marketing might suggest, a fantastical escape from Donald Trump's America, but a more caustic examination of the sacrifices needed to pursue creative passions, and how not every story earns a happy ending. It is a once-in-a-generation achievement, and it will be fascinating, if not excruciating, to see how the Academy measures it against Moonlight, another film for the ages.

As for the rest of the nominations, there are several interesting wrinkles to parse. First, in a move that will surely drive Trump to apoplectic fits of fury, Meryl Streep landed her approximately 47th Oscar nomination for Florence Foster Jenkins, something of a surprise considering how muted the response has been to the film, released (in Hollywood years) eons ago back in the spring of 2016. Streep delivered a solid performance, sure, but there is little reason that slot couldn't have instead gone to Amy Adams, so marvellous in and central to Arrival, which netted eight nominations, including best picture and best director for Canadian Denis Villeneuve.

And in perhaps a karmic balancing out of Hollywood's 2017 progressiveness, the Academy has basically penned the final chapter of the Mel Gibson Comeback Story by awarding the director's violent, faith-centric Hacksaw Ridge a remarkable six nominations, including best picture, best director, best actor Andrew Garfield, best sound editing, best sound mixing, and best editing. Whether Hacksaw ends up collecting any of those honours is almost beside the point – the recognitions cement the director's return to the industry fold, an implicit promise that all is forgiven for his long history of anti-Semitic, sexist, racist, and homophobic remarks and behaviour. (Could the Academy not instead give Gibson's nominations to Martin Scorsese, whose masterful Silence, a much more contemplative and nuanced exploration of faith and violence, was mostly ignored?)

Once the dust settles, though, this year's Oscar nominations should hopefully set a template for a new kind of Academy tradition: one in which performers too often dismissed by their contemporaries are not only recognized, but celebrated. Ideally, for generations to come.

The 89th Academy Awards will be broadcast live on Feb. 26. 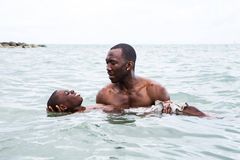