There's a point in the 1944 short film Eskimo Summer that will irk contemporary viewers.

The officious British narrator of the National Film Board of Canada educational film describes the population of aboriginal Northern Canadians as being the same as "a small English town."

It's a ridiculous comparison and not the only anachronistic scene in some of the older films in Unikkausivut: Sharing Our Stories, a two-volume box set of some of the NFB's landmark films about the North.

The collection traces the arc of filmmaking in the North, from the anthropological and often patronizing films of the 1940s to the current work of Inuit filmmakers. Thanks to self-government in the 1990s and funding made available with the creation of Nunavut, those actually making the films now tend to be Northerners, documenting their lives as others can't.

The increased government attention and funding has produced results, most notably in the films of Zacharias Kunuk, whose celebrated 2001 drama Atanarjuat ( The Fast Runner) won multiple awards, including the Camera d'or at Cannes.

Unfortunately, despite the acclaim and international recognition, production funds for indigenous filmmaking remain very hard to come by. "It is definitely more difficult to fund dramas here," said Iqaluit-based filmmaker Alethea Arnaquq-Baril, whose animated short, Lumaajuuq, is in the collection. "I wouldn't say it's not because people aren't interested in it, it's just not feasible."

Jeremy Torrie, a Winnipeg-based native filmmaker, says he thought things would change after Fast Runner. "We thought the floodgates would open, as far as Canadian broadcasters and distributors wanting to embrace another perspective," he said. "But it just hasn't happened. Here we are 10 years later, and things aren't any better yet."

Filming in the North is difficult to begin with, from the harsh climate to lack of technicians and equipment. And filmmaking can seem extraneous in the light of urgent problems such as the North's severe housing crisis. Meanwhile, Nunavut Film Development Corp. has an annual funding limit of only $600,000, an amount that could easily be spent on one production.

Earlier this year, Igloolik Isuma Productions, the company behind Fast Runner, was forced to file for receivership in Quebec, citing reportedly $750,000 in debts. The move was imposed by a Nunavut investment firm that had lent the company $500,000 in 2009, and put in jeopardy the company's extensive film archive. "We're dealing with a receiver that's a large accounting firm in Montreal who has no stake and no interest in the cultural value of the company or of the materials" Fast Runner co-producer Norman Cohn said at the time.

Getting a broadcaster (or, even harder, a film distributor) to agree to take on a project is another challenge, particularly given the notion that films made in the North appeal to a limited audience. Most broadcasters are only able to help fund documentaries and smaller projects, creating a structure that discourages feature-length dramas.

The films in the NFB box set are often poignant and revelatory. The box set concisely depicts the rapid changes in Northern life over the past 80 years – from the intricate techniques of traditional seal hunters in the 1967 film Stalking Seal on the Spring Ice to the devastating loss of those skills in 2003's If the Weather Permits.

By 2008, filming in the North had come full circle. The documentary Martha of the North, for instance, talks about Inuit families wrenchingly relocated to the Far North, yet it does so with references to that most famous (pre-NFB) film about the Arctic, 1922's Nanook of the North.

"They are capturing a way of life and commenting on what we would refer to as the bravery or adaptability of the people of the North to live in such harsh conditions," said NFB's James Roberts, who helped oversee the release of the DVD release.

Yet it also shows the evolution of the North's portrayal on film. "If you look at Nanook and the films that followed, they are essentially ethnographic films," Roberts said.

"And then we move through an evolution [in the 1970s]which goes to issues of self-determination, what we would call cinema of resistance around land claims and that sort of thing," he noted. Taken as a whole, the collection presents a fascinating portrait of the land, the people and the whole art form of filmmaking itself.

Derek Mazur, chief executive of Nunavut Film, sees hope in the growth of online distribution. He also insists there is an appetite for films from the North that is rooted on our Canadian identity. "The work that's being done is being sold around the world. It's not just for a Northern audience."

To view a selection of films in the collection, visit nfb.ca/unikkausivut.

Nunavut Film Development Corporation is a first stop for filmmakers seeking funding. It was incorporated as a non-governmental organization after lobbying by the artists collective known as Ajjiit, the Nunavut Media Association, in 2002-2003.

The number of people running Nunavut Film. The office in Iqaluit normally has a staff of two; but chief executive Derek Mazur is currently looking for an assistant.

Nunavut Film's annual budget, of which $600,000 goes directly to filmmakers. Most of the rest goes to connecting with producers from the South and overseas, and to training programs for filmmakers in the region.

It can be hard to measure the film money spent in the North, since permits generally aren't needed. In general, Mazur estimates, about $6-to $8-million a year is spent on production.

The number of active film production companies in the region, with the Inuit Broadcasting Corporation (now mainly a production company) and the Aboriginal People's Television Network as the two biggest producers. 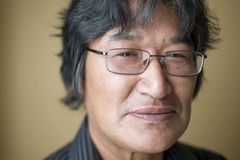 If natives can play Twilight werewolves, why not spacemen, too?
November 18, 2011 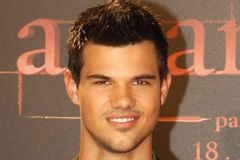