It's the holiday season and the bullets are flying: They rip through bodies, horses, walls and windows in Django Unchained, puncture 007's heart in the mesmerizing animated credit sequence of Skyfall, provide a rapturous slo-mo symphony of mayhem in Killing Them Softly, and put America's 21st-century public enemy number one in his proper resting place in Zero Dark Thirty.

So much for peace and goodwill. But we've always parked such sentiments at the box office anyway. We've been lured to movies on the promise of violent gunplay ever since Edwin S. Porter had one of his bank robbers fire a gun directly toward the camera in The Great Train Robbery in 1903 – the first long-form narrative film in American history – and I defy you to imagine a Hollywood history without guns.

There'd be no gangster movies or action movies, no John Wayne, Gary Cooper or Humphrey Bogart, no Dirty Harry, Han Solo, Steve McQueen, Bonnie and Clyde, Godfather, Martin Scorsese, Quentin Tarantino or Saving Private Ryan. Most inconceivably, (because if you take it away you take America with it) there'd be no westerns.

And there are no westerns without guns. Period. Because the whole point of the western, which is the most popular, enduring and deeply embedded story form in American pop culture, is to justify violence – to nudge us to that exquisite moment where the good guy has no choice but to reach for his gun and blow away the bad guy, and in the process give us precisely the kind of vicarious release we came here for in the first place: not just the violence, but the violence justified.

Isn't that precisely the language used a week ago by Wayne LaPierre, the National Rifle Association's executive vice-president when he took to the podium to articulate his organization's response to the primary school massacre in Newtown, Connecticut? By way of suggesting that what the country needed to address its gun problem, and especially the problem of guns in schools, was more guns. Because "the only thing that stops a bad guy with a gun is a good guy with a gun."

As horrified as many people reasonably were by that comment, it comes from a place so deep in that peculiar phenomenon called American mythology that it can't really be any surprise that LaPierre, the spokesperson for the world's most powerful pro-firearms organization, thinks that way. What was truly shocking was that he said it.

You can bet Charlton Heston wouldn't have. And you can be damned sure he wouldn't have taken the next step that LaPierre did, which was to blame the kind of violence that killed over twenty barely school-age children in Newtown on Hollywood, video games and a sensation-obsessed media. Because Heston, as you might recall, was not only a high-profile spokesperson for the NRA himself, he was also an actor: an actor who understood the benefit of maintaining a reasonably responsible and sympathetic public image, but also an actor who fired an awful lot of guns in his half-century as a movie star in crime movies, science fiction movies, action movies and – yes, you betcha – westerns. Heston probably would have thought twice before he said we need to fight guns with more guns, at least under the circumstances, and he'd have known better than to blame Hollywood, which has probably done more to swell the ranks of the N.R.A. than anything after the Second Amendment itself. Proof of that was in LaPierre's own good guys/bad guys statement. That's Hollywood talk, sure as shootin'.

In his 1992 book Gunfighter Nation, the eminent cultural historian Richard Slotkin set out to account for the reasons why America, as he put it, "has been a peculiarly violent nation." And he finds it in mythology, that process whereby history is converted into popular narrative as a way of providing a country with a common set of folk tales about itself. In the United States, the most common of those folk tales involves what Slotkin had identified in a previous volume as Regeneration Through Violence. America sees violence as essential to its manifest destiny, something that makes progress itself possible. This means the gun isn't just a weapon, it's a nation-building tool, like the railroad, the axe or the Pony Express.

According to Slotkin, this is how that happens: "When history is translated into myth, the complexities of social and historical experiences are simplified and compressed into the action of representative individuals or 'heroes.'"

If you wonder how this affects the rest of the world, which has effectively become the global marketplace for American-made entertainment, it's not only a fair question but a key one. The difference lies in the mythic foundation. Consider Canada, for instance, which has been effectively saturated with American pop culture not only longer but more thoroughly than just about anywhere else. Historically, we were the dry run for globalization. Yet while Canadians may have exactly the same access and exposure to violent entertainment as Americans do, we don't have anywhere near the same social problems with gun violence. The difference lies in mythology: Violence isn't hard-wired into our sense of nation.

So the bullets keep flying, even during the holiday season, and as they will continue fly in American-made pop culture as long as the mythology of righteous violence, justified and duly provoked, holds. And it will let go only when, as Heston once so famously remarked, it's pried from the nation's "cold, dead hands."

Colorado shootings: Where is the unstoppable force of public anger?
July 24, 2012 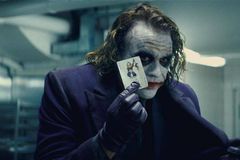 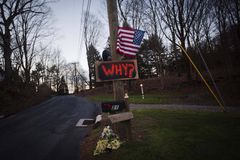