Jason Blum does not make great movies. When you’re producing horror films with budgets topping out at $5-million, that’s an occupational hazard. After all, for that low cost – and sometimes for even as little as $15,000 – Blum’s filmmakers must rely on C-list casts, derivative story lines and narratives typically hinging on a Blair Witch-style “found footage” conceit, in which shaky camera work, bad lighting and scratchy audio can all be justified.

Yet Jason Blum movies make money – a staggering amount. Since his Blumhouse Productions company dived into the horror market in 2008, 19 of its micro-budgeted films have combined to earn more than $1-billion (U.S.) at the North American box office.

Unlike the world of big studio blockbusters, where something like San Andreas earns $147-million against a budget of $110-million, the profit margins at Blumhouse are wide: Sinister cost $3-million, but grossed $48-million; The Purge was made for $3-million and earned $64-million; and Paranormal Activity, made for the aforementioned pittance of $15,000, brought in $108-million before spawning four sequels (so far). 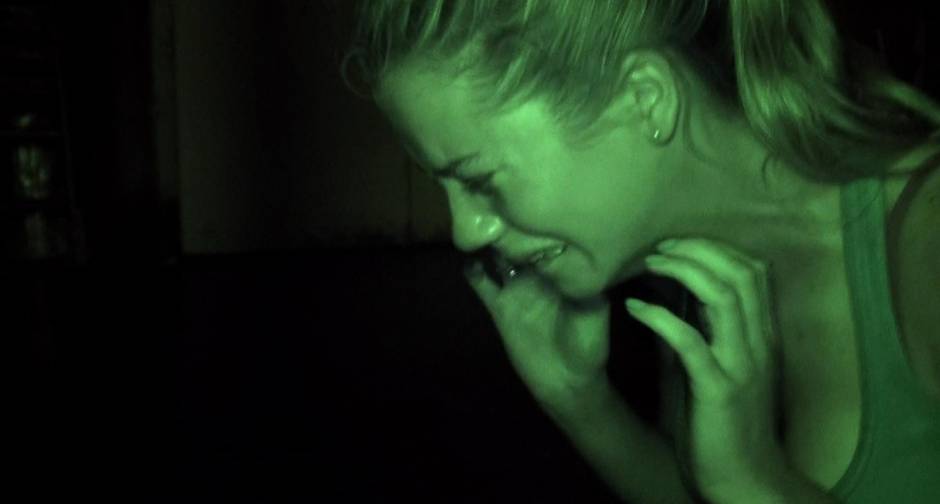 Cassidy Gifford in a scene from The Gallows. ( Courtesy of Warner Bros. Pictures )

Blum isn’t just making movies fast and cheap, though – he’s also offering almost unlimited creative freedom to those who work within his budgetary confines. As long as directors deliver a picture that can be marketed to the genre audiences he’s targeting, Blum leaves his filmmakers alone, a tantalizing offer for those used to blizzards of studio notes and endless compromises.

But is Blum the second coming of Roger Corman – a savvy schlock peddler giving adventurous young filmmakers a break for a quick ROI – or an overreaching mogul who risks choking the market with subpar genre fare? Perhaps both.

“I think our overall ratio is good, and that’s part of what happens when you give artists creative freedom: sometimes you win, sometimes you lose,” Blum, 46, says over the phone from Los Angeles, where he’s preparing for the release of the latest Blumhouse film, The Gallows. “Overall, if you look at the movies on a slate basis – good reviews to not good reviews – our track record is pretty close to what most studios or production companies produce.”

Although you’d be hard-pressed to find many good reviews of The Gallows – a faux-documentary set inside a haunted high school – or a wealth of other Blumhouse cheapies (Ouija, Unfriended, Dark Skies), it’s undeniable that Blum is revolutionizing the industry. 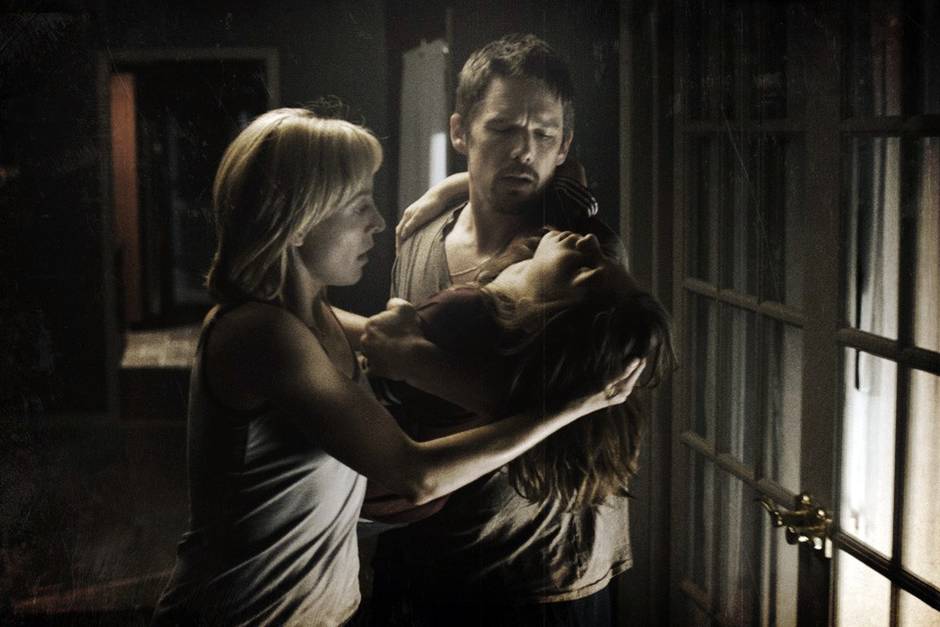 His company will release at least 10 films this year, has dozens more in development and earlier this year signed a deal with Universal to develop small-screen horror projects. Even such established filmmakers as Joe Johnston (Captain America: The First Avenger), Catherine Hardwicke (Twilight) and M. Night Shyamalan (The Sixth Sense) are exchanging cushy studio salaries for the chance to play in Blum’s house of thrifty horrors.

“Jason’s ultimate goal is to tell a great story with very little money – it doesn’t work for everybody, but for filmmakers who are willing to be nimble, it can be amazing,” says Patrick Brice, the writer and director behind the Blumhouse production Creep, which currently holds one of the top spots on iTunes. “He saw something in our movie at the earliest stage, and he appreciated our sensibility, the stuff that made Creep unique. That encouragement was enough for me.”

By concentrating on what he calls the budgetary sweet spot of $3-million to $5-million, Blum can afford to let his directors experiment, even fail, without risking financial ruin. “Our low budgets allow us to do weird and different stuff – we don’t have the financial pressure like, ‘Oh my God, we didn’t have a huge opening weekend so we’re going to be in trouble.’ I think it encourages the directors and creators to take risks they ordinarily wouldn’t want to take or be allowed to take,” says Blum, who calls the horror genre a perfect fit for a “misfit” such as himself.

But a life of scary movies wasn’t always part of Blum’s plan. A child of Hollywood through and through – his father, Irving, was one of the biggest art dealers in L.A. during the ’60s – Blum originally set out to be a more mainstream studio man. But after stints at Miramax and Paramount – during which he co-produced the Dwayne Johnson vehicle Tooth Fairy, about as far as you can get from the slaughter of The Gallows – Blum realized the prestige of a studio was worthless in the long run.

But Blum doesn’t give a damn what anybody else seems to think – his offices in L.A.’s Koreatown are a far cry from the lavish waiting rooms of Burbank, and his mode of transportation isn’t a sports car but a retrofitted Chevy Astro van equipped with a TV and computer he can use for meetings on the go.

It’s that outsider attitude that led him to his big break, Paranormal Activity. Oren Peli’s film was sent Blum’s way in 2007, and although it had been rejected everywhere, Blum saw the makings of a Blair Witch Project-like phenomenon, and snapped it up, and then pushed Paramount to distribute, with a hefty marketing campaign highlighting audiences’ terrified in-theatre reactions.

With that simple formula – make it cheap, then decide whether it’s worth partnering with a studio for a wide distribution and ad campaign – the Blumhouse model was born. 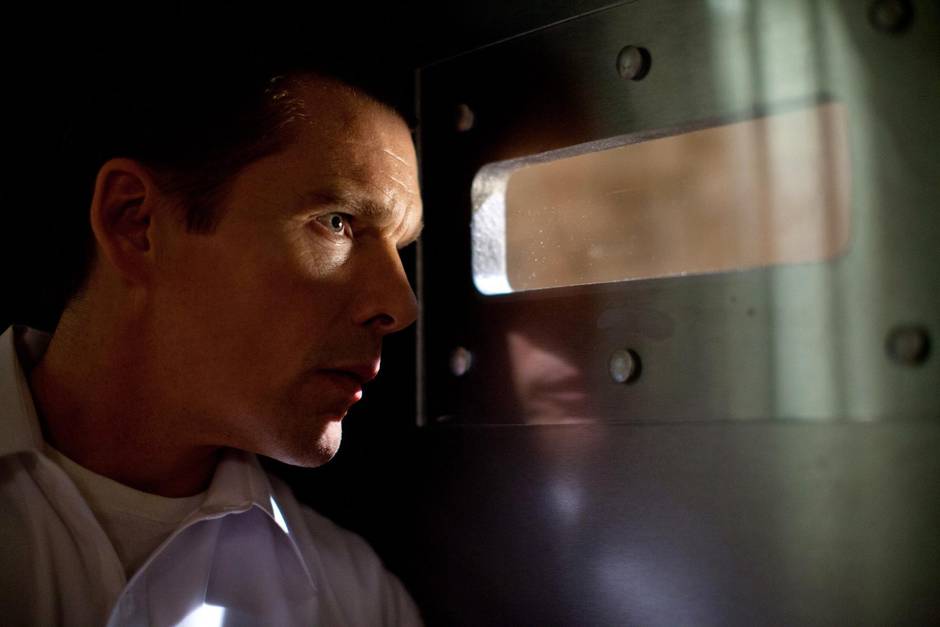 But Blum’s quick and easy MO has also led to a glut of lower-tier films, some of which are so lazy and uninspired – Dark Skies, Jessabelle and all the Paranormal Activity sequels come to mind – that they threaten to give horror a bad name, or a worse one than the typically disrespected genre already has.

Blum says that he is refining the genre – “We have a lot of data about scary movies, and the audience questions that frequently pop up, like, ‘Why don’t they just leave the house?’ and we talk everything through with the filmmakers” – but it’s hard to get excited about yet another found-footage adventure or supernatural-slasher go-around.

Also problematic is what happens to the movies Blumhouse produces that don’t become worldwide phenomenons. Part of the risk for filmmakers partnering with Blumhouse is that there’s no guarantee of distribution. For every Insidious, there’s an Area 51, which got a whisper-quiet release this past May after sitting on a shelf for six years.

Even some of Blumhouse’s higher-profile projects – movies with marquee stars and directors – have been cast aside unceremoniously. Stretch, for instance, was directed by Joe Carnahan (The Grey, Smokin’ Aces) and starred Ed Helms, Jessica Alba and Chris Pine.

Yet the dark comedy, one of Blumhouse’s occasional forays outside horror, was yanked from Universal’s distribution calendar weeks before its planned 2014 release, leading Blumhouse to slip it onto VOD months later. “Their job is to make 10 of something, and if one of them meets the metric with an audience, that’s the one that’ll get the TLC,” Carnahan told the Grantland website last year. “I understand that. If you shotgun enough paint cans, you’re going to get a Picasso.”

Blum, however, says it’s just smart business. “I like to say to the directors that the ultimate bet is on yourself: I can promise the vision will be yours, and you will live and die on your own sword, which for creative people is a satisfying agreement to get into,” he says, adding that his company’s new Tilt imprint has been releasing smaller films left by the wayside. “We don’t pretend those movies don’t exist. I’m proud of those movies that come out on Netflix and iTunes. We shine a light on them, too.”

And for some, even a quiet release is better than no release at all. “Creep is a much better movie than before Jason became involved, and will be seen by a much wider audience had it not been a Blumhouse film,” says Brice, who is in early development for a Creep trilogy. “Blumhouse provides a framework where you’re going to make the movie you want to make, and people are going to actually be able to see it.”

As the box office receipts show, Blumhouse isn’t going anywhere. The company is even leveraging its success in horror to finance more ambitious, mainstream work, such as last year’s Oscar nominee, Whiplash.

But Blum says horror will always be the beating, bloody heart of his work. “Horror is a community of outsiders, there’s a sense of camaraderie,” he says. “I want to focus on the scary stuff.” In Hollywood, there’s no shortage of that.