Why is The Help a hit?

Reviews for the film were mixed and its subject matter – racism in the Deep South in the early sixties – isn't the usual summer escapist fare. Yet three weeks after its release, the movie has surpassed a $100-million (U.S.) domestic box office.

The Help stars Emma Stone as a journalist who helps black maids write their own stories. The movie is easy to dismiss as crudely naive, another case of the "Nice White Lady." The phrase, originated with a 2007 Mad TV sketch, refers to movies such as Dangerous Minds and Freedom Writers, in which liberal teachers help rescue minority youth.

Liberals may be particularly queasy about a film featuring white socialites and black domestics of doubtful historical veracity. The Association of Black Women Historians criticized both Kathryn Stockett's bestselling 2009 novel and the movie for perpetuating the "mammy" stereotype and trivializing the civil rights movement for its use of "a child-like, overly exaggerated 'black' dialect," and promoting a troubling nostalgia for images of blacks as servants.

In fairness to the movie's audience, it seems unlikely that this nostalgia is what's driving The Help's box office. The producers have stressed that this is a women's friendship movie, with the sanitized civil rights battle serving as a backdrop. Disney, which distributes this DreamWorks-made film, positioned it for release in late summer, around the same time of year that other films geared toward women opened – including 2010's Eat Pray Love ($80-million domestically) and 2009's Julie & Julia ($94-million).

Disney's marketing for The Help exploits a particular phenomenon: Female audiences grow by word of mouth. That's something we've seen in films from The Blind Side to Sex and the City to this year's Bridesmaids – when an unexpectedly strong female audience kept the film's box office high for several weeks.

"It starts with a whisper" is The Help's tagline. Disney arranged an unusually high number of 300 advance screenings of The Help, aimed at African-Americans, faith-based groups, book clubs and libraries, with a particular push in the South, outside the major media cities. The strategy succeeded wildly.

According to The Hollywood Reporter, 74 per cent of The Help's audience was women and 60 per cent were over 35 for the first night exit polls. And they told their friends about it. The movie jumped from No. 2 to No. 1 in its second week.

And no, nice white ladies weren't the only ones who attended. The movie's two top-drawing theatres were in predominantly black neighbourhoods in Memphis, Tenn., and Jackson, Miss. After a screening at the National Association for the Advancement of Coloured People's convention in Los Angeles, chairwoman Roslyn Brock told the audience: "I ask each of you: Tell your friends, your family, your co-workers, your church. Organize screening parties. Go see this movie."

Even as The Help risks perpetuating some negative stereotypes, it shatters some others and makes its audiences feel a part of something liberating. It demonstrates that a summer movie can have a serious theme. It shows that black audiences and women will pay to see themselves represented onscreen in strong roles – even in a flawed film. In a movie world where hip is defined as young, urban and male, it proves that older women, even those outside major cities, can drive social media and produce hit movies.

Warrior Muscles and family loyalties collide in this new drama from Gavin O'Connor (he directed the U.S. Olympic hockey movie Miracle) starring Tom Hardy (Eames in Inception) as the son of a recovering alcoholic former boxer (Nick Nolte). Dad takes on his son's training, leading to a mixed martial arts showdown with his brother (Joel Edgerton), a former champ and school teacher who needs extra money for his family.

Hint: Don't buy your movie tickets based on the trailer
September 23, 2011 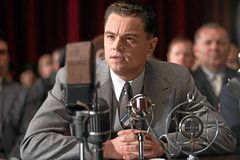 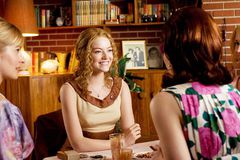 ‘I don’t think one needs to be black or white to tell a story’: Octavia Spencer
August 12, 2011
Follow Liam Lacey on Twitter @liamlacey
Report an error Editorial code of conduct
Due to technical reasons, we have temporarily removed commenting from our articles. We hope to have this fixed soon. Thank you for your patience. If you are looking to give feedback on our new site, please send it along to feedback@globeandmail.com. If you want to write a letter to the editor, please forward to letters@globeandmail.com.
Comments