Mother's back, and just in time for Halloween.

Alfred Hitchcock's Psycho, with a new "reconstituted soundtrack," is opening for a week-long stay at Toronto's Bell Lightbox, starting Oct. 28.

Sure, we can joke now. In fact, it was Psycho that taught us how to play along with horror films. In the spring of 1960, Hitchcock came upon a publicity stunt guaranteed to make his next film - what promised to be the grisliest, most shocking American film ever - into an unserious, laughing matter. No customer was to be allowed into a theatre after showings of Psycho began, Hitch decreed.

That was a big deal back then, as viewers often drifted into movies halfway through. If people liked what they saw, they'd stay and watch the first reels later. Exhibitors were upset, but warmed to the publicity stunt when, in late June, Psycho audiences lined around the block, providing additional buzz for a low-budget ($800,000) film that would make $50-million worldwide.

Bosley Crowther, in The New York Times, called the film a "frankly intended bloodcurdler" without "an abundance of subtlety." The pervasive view was that Hitchcock had abandoned the sly humour that made his previous suspense movie, North by Northwest, such ticklish fun.

Psycho was a gimmicky shocker, everyone agreed. Crudely effective haunted-house stuff. An unhappy woman, Marion Crane (Janet Leigh), goes off the main highway, stopping into a dilapidated motel, a gothic castle, where she's set upon by (spoiler alert!) a knife-wielding crazy woman who turns out to be - here's the gimmick - the title character, a young man, Norman Bates (Tony Perkins), dressed up in a shawl and wig.

Later, film scholars such as Donald Spoto suggested the troubled mind at work in Psycho might have been Hitchcock's. Yet the likes of François Truffaut and Peter Bogdanovich flocked to Hitch's door with questions for the master torturer, like Clarice Starling bearing down on Hannibal Lecter.

What about the shower murder scene? Seven days of shooting, 77 different camera angles. Was the blood really chocolate syrup? And why the bird motif? Setting the film in Phoenix. Marion Crane. And this:

Norman: "You eat like a bird." Marion (nibbling bread): "You'd know of course." Norman: "No not really.… I don't really know anything about birds. My hobby is stuffing things. You know, taxidermy." Marion: "A man should have a hobby." Norman: "It's more than a hobby."

That's for sure. Turns out Norman has his dead mother preserved and squeezed into a rocking chair, and that he sometimes becomes his mother. Another cruel joke then: Norman's off his rocker! No subtlety? The wicked, half-buried puns and murder clues never end in Psycho. Here's Norman warning Marion about, and apologizing for, a coming psychotic episode:

"Mother - what is the phrase - isn't quite herself today … I wish you could apologize for other people."

" Psycho was brilliant and so full of understanding of the medium that it became harder to love the medium," critic David Thomson wrote in Have You Seen … "And as for 'psycho' itself, that word, the name, the film turned it loose on the culture like a mad dog, and it shifted the Freudian age of potential treatment into one of licensed glee." 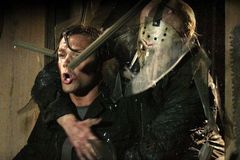 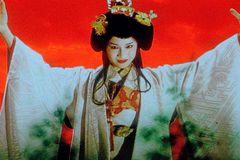