"At least you're not like every other stupid guy in the world. All they care about is guitars or sports."

This is how I scored the only goal of my life.

It was soccer day in gym class. Grade 9. I had assumed my usual position on the playing field, as far from the action as I could get without drawing the attention of our teacher. Anything to avoid the ball. So when it unexpectedly came bouncing my way, I reacted out of pure animal instinct and fear: I kicked the sucker as hard as I could. And equally unexpectedly, it sailed over the goalie's head.

A stunned silence prevailed. This wasn't supposed to happen.

Unlike the character played by Steve Buscemi in Ghost World, I'd be lying if I said I hate sports. The truth is – and I think it's deeper – I don't care about sports. Never have. I have looked on with mystification for my whole life. Sport to me is like an alien language whose code I can't crack. I just don't get it.

I mention this on Super Bowl weekend because it's also the weekend a movie about the old Soviet hockey team called Red Army has opened in some Canadian cities. While all I know about this year's Super Bowl is that some team qualified by having under-inflated balls – say no more – what I do know about Red Army is this: It made me care about hockey.

Not enough to watch an entire game or strap on skates any time soon – I don't skate either, never have – but enough so that I now understand that the team depicted in the documentary played a form of hockey that was more radically innovative than anything devised since. And I learned that the men on that team were essentially cogs in a larger political propaganda machine that chewed them up and spit them out to suit its ideological whims. Red Army, in other words, is a compelling human tragedy, a real story with an arc, built-in emotional investment, and larger things to say about politics, power and the games behind the game.

Although the playing style it takes such pains to illuminate is sufficiently striking to even make a non-believer like me sit up and go, "wow," hockey is really only the vehicle that delivers us to the movie's real destination: the place where people and their political and economic systems collide.

And that, in a nutshell, is why I've never really understood what it is about the bulk of sport that gets people – including most of my friends, members of my family, and every cab driver I've ever hailed – so insanely jazzed when a big event comes rolling round. To me, there never seemed to be anything at stake but victory, nothing to care about but who wins and loses. No resonance in the narrative, in other words, no seepage into the wider fabric of society. Unless, of course, you include advertising, licensed merchandise and those insufferable movies that come around every year or so about inspirational coaches. Sport has always struck me as more or less meaningless. No, not fair: Perhaps it has meanings I don't understand.

Right around the time I inadvertently knocked that soccer ball into the net, I found myself in a classroom watching the only hockey game I've ever endured in its entirety: the final game of the 1972 Canada-USSR Summit Series, an event I'm told now qualifies as a cornerstone of the Canadian national experience. Maybe so, but at the time, all I knew was that I was being forced to watch a hockey game, and the screaming and cheering around me only compounded that sense of being stranded on alien terrain. It was the longest afternoon of my adolescent life.

No doubt there's a neurological explanation for my lifelong disinclination: I also suffered through board games, had no interest in puzzles, and found myself transfixed by only one athlete ever, and that was Muhammad Ali. But he was a narrative-and-a-half in his own right, a genius practitioner of an elemental sport who seemed to make what happened in the ring ripple out into just about every pertinent arena: celebrity, race, war, politics, the media-as-message system. He was a one-man movie, in other words, and that was the medium that did for me what hockey seemed to be doing for all those kids I knew who were trading cards and playing the game out on the street.

At various points in my life, well-intentioned friends have tried to convert or illuminate me, convinced that, armed with the right context or companion, I'd see the light and hoist a big foam finger. Never happened. Likely never will, except when I encounter something that explains itself so well, such as Red Army.

But again, it's not sport that I hate. I hate the presumption of universal enthusiasm, the idea that sport means something – and usually the same thing – to everyone. I am appalled by the blaring, multizillion-dollar corporate culture that speaks so loudly and ubiquitously through sport, just as I am by similar excesses in the film industry. And I completely reject the notion that one's national identity, sense of community responsibility and even manhood is somehow tied to what superrich athletes with endorsement contracts are doing with under-inflated balls. 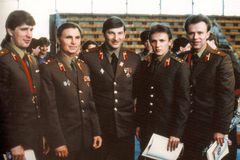 Red Army a heavyweight of a hockey doc 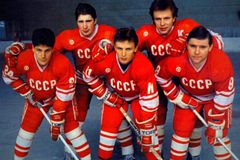 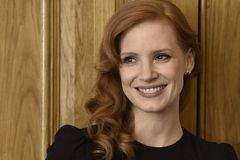 Liam Lacey: The hype surrounding the Oscars is a lot of hot air 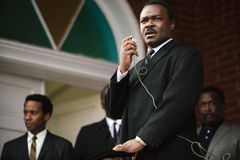