You know those obnoxious people who gleefully beat you at Scrabble with their improbable vocabulary of two-letter words? Or that combative couple who play Trivial Pursuit as though the loser was going to be eaten for dinner? Well, Max and Annie are not them: This winsome pair win every round of charades and every evening of Risk with their ample charm intact because their Game Night is, of course, a movie. Rachel McAdams and Jason Bateman play a happily competitive couple in this retro outing in which their weekly entertainment with a gang of cheerful friends gets interrupted by a real kidnapping.

The background story is weak and wavering – Max and Annie either can't get pregnant or can't decide if they want children – but the actual action is highly amusing as Max's wealthy brother Brooks (Kyle Chandler) shows up and proposes a murder mystery evening. The gang lap it up: McAdams and Bateman are ably supported by Lamorne Morris and Kylie Bunbury, doing a running gag about her truth-or-dare revelation of infidelity, and by Billy Magnussen and Sharon Horgan, playing a pleasant dolt and the much smarter colleague who he has invited over as a ringer. Meanwhile, Jesse Plemons contributes a fabulous piece of deadpan as the creepy neighbour Gary, a divorced cop who wants to be included in the fun.

The entertainment is soon interrupted by something that looks like a real crime and if we catch on long before Max and Annie, screenwriter Mark Perez also has a few more surprising twists and turns up his sleeve.

John Francis Daley and Jonathan Goldstein co-direct with a firm hand on the action, including an impressive scene where the friends toss around a million-dollar Fabergé egg like a football while being pursued by various thugs. Meanwhile, Bateman and, in particular, the energetic McAdams, reveal a strong talent for traditional screwball with a fine moment when she attempts to remove a bullet from his arm using a nice chardonnay as disinfectant.

There is the occasional flash of the macabre, including a scene where Max bleeds all over a white dog, and one thug does get sucked through a jet engine, but the overall results are unusually wholesome – and satisfyingly funny. Game Night is the kind of harmless comedy you rarely see these days, as happily entertaining as a good game of Pictionary. 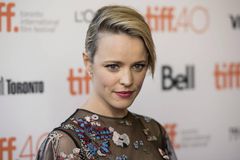