Matthew McConaughey: thank you. For reasons that will forever be outside the comprehension of anyone not on your particular bongo-fied wavelength, you are currently half a career deep into telling a joke whose punchline only you care to understand. What other actor of your age and calibre would have the energy to so deeply lean into self-parody, to so enthusiastically embrace our high-low expectations? If we want Matthew McConaughey to be our eternally stoned, forever ripped folk-hero, then all right, all right, all right, you will oblige.

Harmony Korine, on the other hand: no thank you. For reasons that are obvious to anyone (everyone) not on your particular spaghetti-in-the-bathtub wavelength, you are currently a full career deep into cackling over a joke whose punchline we understand all too well. Do you titter when you think of yourself as an enfant terrible at 46? Do you take pride in how you’re now an expert at what I’m going to halfheartedly coin gutter-auteurism – a particular brand of grease-stained nihilism that feels almost close enough to art that it makes you feel good about the dirt you’ve just rolled around in?

I don’t mean to get too personal here, fellas. It’s only that your new collaboration, The Beach Bum, requires less of a straightforward film review and more a letter-to-the-ostensible-editors. I’m still trying to puzzle your film out, which is infuriating, given that it’s a cinematic middle finger to the concept of problem-solving.

I’ll admit that there is an undeniable craft to your sloppy, slobbering provocations, Harmony. As much as I despise your directorial debut Gummo, its repellent gaze is some sort of singular achievement; ditto the rescued-from-the-VHS-dumpster monstrosity that is Trash Humpers. But eventually it’s hard to pretend to be shocked, over and over. Even Spring Breakers, your most successful film by any measure, is more of the same interminable nothingness, albeit bathed in a neon glow bright enough to convince some that it is artistically sound.

The Beach Bum operates at two speeds. The first finds the constantly-under-the-influence poet Moondog (that’s you, Matthew) wandering between gentle misadventures in the Florida Keys. He drinks, he smokes, he does rails of cocaine and occasionally he types out missives on an old typewriter, while topless women and Snoop Dogg (playing, basically, himself) shimmy in the background. These portions are tolerable in that lukewarm-Corona kind of way – sometimes you want to knock a few back while staring at the sunset, a ripped naked dude whispering sweet ridiculousness in your ear.

But Harmony, man, you seem more invested in the film’s bizarro half, in which Moondog falls into more extreme narratives that present Florida as a Gummo-by-way-of-Scarface nightmare. There’s a bit where he leads a parade of filthy homeless men into a mansion. There’s a drug-fuelled crime rampage featuring Zac Efron. And there’s a silly, bloody digression in which Moondog partners with a tour-boat captain, played by Martin Lawrence, who has a habit of mistaking sharks for dolphins.

While the more ambling Margaritaville-esque chapters seem pure Matthew (including a guest appearance by Jimmy Buffett), the Florida-by-way-of-hell scenes feel like cut material from Spring Breakers. Or what might happen were you, Harmony, to guest-write on Saturday Night Live. Neither approaches stand up on their own. Meshed together, it’s an exhausting slop.

In Spring Breakers’s most famous scene, James Franco’s drug-dealer Alien takes his newly formed clique of bikini-clad criminals on a tour of his gun- and sword-filled home. The Beach Bum feels like a similar display of prized possessions – only that one of you (Matthew) is taking us on a tour of his bongo- and bong-filled bedroom, while the other (hi, Harmony) is just leading us to his toilet.

Film Review
Your weekend movie guide: What to see in theatres, from the dumb Dumbo to incendiary Canadian debut Firecrackers
Subscriber content
March 28, 2019 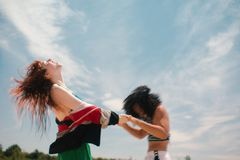 Film Review
Review: Blue Note Records: Beyond the Notes plays the hits of the seriously cool past
Subscriber content
March 28, 2019 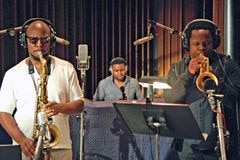 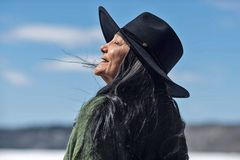