In Never Rarely Sometimes Always, the new award-winning feature from American indie filmmaker Eliza Hittman, the camera is focused on 17-year-old protagonist Autumn (Sidney Flanigan). Close-ups reveal Flanigan’s reflective, steely eyes, which flicker subtly as she internalizes the emotional roller-coaster experience of getting an abortion. Autumn does not have much support at home for her adolescent troubles. Whether she is enduring slut-shaming from her former lover or the painful realization she is pregnant, the introverted Autumn knows better than to confide in her negligent parents. She does find one avenue of support, in her cousin Skylar (Talia Ryder). When Skylar asks why she visited the doctor, Autumn’s reply is terse: “Girl problems.”

Skylar understands that is code for “pregnancy,” and becomes a vital aide for Autumn throughout her long, unnecessarily complicated process of procuring an abortion, which involves crossing state lines and multiple nights in New York. Hittman’s third feature nabbed the Silver Bear Jury Grand Prix at Berlinale and the U.S. Dramatic Special Jury Award at Sundance this year, and the reason the film has been praised for its effective drama lies in its Sisyphean depiction of what should be a straightforward medical procedure. In her home state of Pennsylvania, Autumn requires parental permission for an abortion – out of the question given her aloof relationship with Mom and Dad – so she and Skylar bus to New York to get it done with Autumn’s autonomy intact.

Easy, right? Not when you’re a broke teenager. After stealing money from their slimy grocery-store boss to finance the trip, Autumn and her cousin face one complication after another. What was meant as a day trip for the cash-strapped pair becomes a logistical nightmare when they have to stay overnight with nowhere to sleep and dwindling funds.

Never is not exactly a direct political statement, but Hittman subtly obliges the viewer to contemplate the needless systemic complications Autumn faces in making and undergoing an already difficult decision that every woman should have the right to make on her own. When NYC health professionals discover Autumn’s pregnancy is further along than what the Pennsylvania clinic had determined, this changes the type of operation required and the location where she can have it done, prolonging the ordeal by days and adding unnecessary strain on the teenagers.

Another subtle theme in Never is the transactional nature of Autumn and Skylar’s relationships with men. Despite their young age, the two are quite jaded and pragmatic about what men seem to expect from them (sex, inappropriate physical touching, imbalanced power dynamics) and how they can exploit those wants for their own survival. Their logic appears to be: If men use and abuse us, we should be able to exploit other men to help us get out of the mess they put us in.

Hittman adeptly demonstrates how the operational breakdown of the trip drains Autumn’s emotional fuel tank, which was already running on fumes. By the end, the film has delivered its key message: A woman’s abortion experience differs drastically depending on the kind of support she receives from health professionals and loved ones. The patronizing nurse in Pennsylvania who tries to guilt Autumn into keeping the baby demoralizes her into shutting down emotionally. The empathetic New York nurse, on the other hand, who asks Autumn personal questions about sexual violence, could be the teen’s gateway to finally understanding that she does not have to go through such a difficult experience by herself.

Never hints at the quiet, revolutionary nature of empathy and autonomy in empowering young women to keep themselves safe. 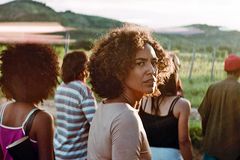 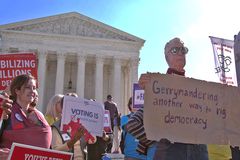 Film Review
The Informer is big and bloody ridiculousness, and another example of a lost Joel Kinnaman opportunity
Subscriber content
April 1, 2020 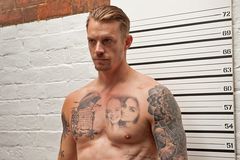