With his ever-reliable political instincts, renowned Chinese artist Ai Weiwei has released his latest documentary just as Beijing deals its final blows to democracy in Hong Kong. Cockroach is a film about the 2019 demonstrations that brought Hong Kong to a standstill when thousands protested an extradition law that would have given Beijing the ability to try Hong Kongers in China.

Protestors won that battle when the Hong Kong legislative council abandoned the law in 2019, but they have been losing the war ever since. This week, China arrested 50 pro-democracy activists, scholars and potential electoral candidates, ensuring there will no longer be free elections for the council that Beijing is fashioning into a puppet. In June, with the world distracted by COVID, China had already imposed its own security law on the territory, effectively tearing up the agreement that ended British control in 1997 but guaranteed administrative independence for Hong Kong for 50 years.

Did the 2019 demonstrations hasten the crackdown? It’s a question that arises as you watch the scenes of the surging crowds protesting the extradition law giving way to demonstrations calling for full democracy and then clashes with Hong Kong police. Violent resistance: It looks like an authoritarian regime’s worst nightmare.

And yet, what choice do the demonstrators have? Cockroach, told mainly from the point of view of the protestors who police dismiss as vermin, explains their desperation and their strategies. Ai now lives in self-imposed exile in Berlin but he has many willing collaborators on the ground – as Coronation, his recent documentary about the Wuhan lockdown, proved so magnificently. For its part, Cockroach was shot in Hong Kong by three cinematographers, Paul Gallego Abellan, Li Dongzu and Ma Yan, and then produced and independently released by Ai from Europe.

The film gives some context for the millennial generation’s frustration with living in a dense and expensive global financial centre that seems dedicated solely to work, and which is now losing the freedoms that may have made that bearable. But mainly, it features dramatic footage of the protests, following the protestors’ logic as a leaderless movement coalesces on social media and crowd-sources strategies on the fly.

As police try to clear the massive crowds that gather in Hong Kong’s financial district, the hardcore demonstrators become inventive. Sometimes, they respond with humour – there’s a lighter moment when they tape over all the security cameras around the main police station – but increasingly they turn to combat. Once the police arrive, they push to the front so peaceful protestors can fall back and then directly engage, eventually resorting to Molotov cocktails to keep police from advancing.

For the viewer, the protest footage does become repetitive – of the dozen interviews here, the two most fascinating are surely those that present a different perspective. Two (heavily disguised) police officers explain how they are caught doing a job they don’t really believe in. One, who criticizes his senior managers for lax attitudes toward police brutality, says his siblings have urged him to resign; the other describes the clashes as theatre in which the police are cast as the bad guys. Everybody would prefer to the be good guy, but what are you going to do, he asks. Shoot the rubber bullets into the air or at the ground? These officers, along with two middle-aged women – one a quiet bank worker staring down police in one of her first protests and another so enraged she simply screams at them – reveal a society pitted against itself by its unseen overlord.

One of the most stirring images in the film is that of a young protestor sitting on the ground after his arrest, his sweet face a picture of exhaustion and shock, his hair and clothes soaked by the water cannons. He has risked everything to preserve civil rights in Hong Kong. Canada and its allies must now pick up the baton.

Cockroach is now available on Vimeo On Demand (vimeo.com) 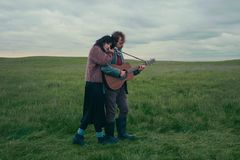 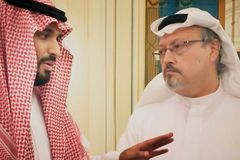