Early on in Amazing Grace, the stunning and long-delayed concert documentary filmed in Los Angeles at the New Temple Missionary Baptist Church in 1972, Rev. James Cleveland tells the people in the pews that if they’d never before seen Aretha Franklin sing gospel, they were in for a “great thrill.” He also reminds the audience that despite the concert atmosphere and the film and recording equipment strewn about, they were in a church, and that the experience would be “religious.”

But wasn’t it always with Franklin, religious? Sonny Rollins once spoke of fellow saxophonist John Coltrane, likening him to a preacher, saying he was “touched by whatever.” When it came to Franklin, whether she was singing spiritual or secular material, she too seemed to be touched by whatever.

Shot over two days and capturing two performances, the film – all music; no narration – stars Franklin and was filmed by Sydney Pollack. Both of them never lived to see the wide release of the movie. At one point in the documentary, the proceedings were interrupted by “electrical issues,” Rev. Cleveland explains. After the problem was resolved, the preacher declares, “We’re through with the technical difficulties.” But they weren’t – not by a long shot.

Pollack, coming off 1969’s They Shoot Horses, Don’t They?, inexplicably failed to employ a sound-marking clapperboard during the filming, thereby making it nearly impossible to later sync the audio with the visuals. Perhaps he didn’t want to intrude upon the solemnness of the occasion, yet he and his film crew were anything but inconspicuous. They shoot movies, don’t they?

Because the performances were recorded by Atlantic Records engineers, the music was quickly released as the double-disc Amazing Grace, the biggest-selling album of Franklin’s career, a Grammy-winner and the highest-selling live gospel recording of all time. Because of the aforementioned missing clapperboard, however, the cans of earthy, intimate footage gathered shelf dust. Last year, after the sound-editing issues were resolved and the film was set for festival screenings, Franklin mounted legal efforts to prevent the doc’s release.

But now it is out, and, yes, hallelujahs are in order. The film, brought to life as the passion project of former Atlantic Records A&R man Alan Elliott, immediately takes its place as one of history’s greatest concert documentaries. The footage is grainy and real; Franklin’s singing is immaculate and profound. Captured in her short-afro era, she is beautiful and beatific, with beads of perspiration as sparkling as any jewellery.

She sings at a lectern, often with eyes closed. The Southern California Community Choir is behind her – as is a peculiar mural of Jesus. The Grammy-winning Rev. Cleveland is at the piano. The audience is predominantly African American, but the presence of Mick Jagger and Charlie Watts of the Rolling Stones in the back is not missed by director Pollack, who frantically gestures to his cameramen to get a shot of Jagger, the elastic music man, clapping and grooving in perfect time. The Stones were in town to finish off the recording of Exile on Main St., their often gospel-influenced double album from 1972.

More often, of course, all eyes and cameras are on Franklin, presented in extreme close-ups as she sings such vibrant things as You’ve Got a Friend, Marvin Gaye’s Wholy Holy, the traditional Climbing Higher Mountains (after a false start) and a particularly astonishing version of the project’s title track. People dance. One woman faints.

One thing that stands out is the patriarchal nature of the event. Rev. Cleveland, sometimes referred to as the “King of Gospel,” is clearly in charge of the proceedings. Franklin, the Queen of Soul, quietly defers to him, as she does to her father, the fancy-looking Rev. C.L. Franklin, who flew in from Detroit for the occasion. He describes his famous daughter as a “stone singer” influenced by Mahalia Jackson, Rev. Cleveland and Clara Ward (also in the audience, but not invited to speak). Why is her father comparing her to others? I mean, she’s Aretha Franklin.

As Rev. Cleveland speaks near the end of the second day of recording, Franklin sits and smiles politely, the camera showing her in semi-silhouette and capturing her as a piece of art. Even for those who do not believe that God’s grace is amazing, it is hard not to see Franklin in her prime as something near miraculous, with a long-buried film serving as a witness in 16mm.

Amazing Grace opens April 12 in Toronto, April 19 in Vancouver and April 26 across Canada.

Stockholm’s syndrome: When a Canadian movie is Swedish, and a Swedish movie is Canadian Subscriber content
April 10, 2019 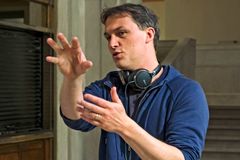 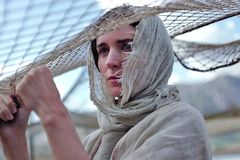 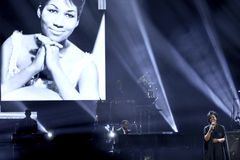