New York-born filmmaker Garrett Bradley’s newest feature-length documentary, Time, is a work that lives with awareness of the many meanings and intentions behind the word “collaborative.” It’s a document of mutual care; a self-authored family archive magnified by the scope of its editor and platform; and a compassionately rendered adaptation of the ways in which we feel the tempo, intervals, duration and memory of time.

An 81-minute triumph of form and feeling, Bradley’s film focuses on Sibil Richardson (who goes by the name Fox Rich), a Shreveport, La., native who, after herself having been incarcerated for 3½ years, now waits and fights for her husband’s early release.

Here, Bradley continues to work in her trademark black-and-white but, unlike her previous short films America or The New York Times Op-Doc Alone, Time is intercut with low-resolution home movies shot largely by Richardson and her oldest son, Remington. What begins as a quite ordinary impulse for the Richardson family to document the everyday evolves into a way for Richardson and her sons to share their lives with her husband, Robert, who is serving 60 years at Louisiana State Penitentiary.

Through the span of these two archives, past and present, bound together in Bradley’s film, we see Richardson and her sons grow, strengthen and become aptly aware of the world in which they live. In old home movies, we see the roots of her ambition, her self-governance and her autonomy shape her own familial myth-making and storytelling. Bradley brings us into the present, with Richardson now more self-assured, completely in control of her image and words. A talented orator, she has dedicated much of her life to sharing her family’s story as a means for abolition. Whether speaking within her church or lecturing at Tulane, her words are impactful inasmuch as they are lived – she commands presence and rapt attention.

We see her within Bradley’s apt and long-established ability to beautifully frame faces, bodies and gestures. What’s more, the film respects the communal element of the shared spaces Richardson moves in, and visually echoes and extends the impact and feeling of her movements and words in compositions of her family and other Black women.

Much of the footage in the home movies shot by Remington meanders and explores his surroundings, as a young mind is known to do, taking in lengthy shots of trees as his mother drives past them or featuring glimpses of peoples' hands or feet as they speak. What’s most commanding about Time is the way that Bradley’s filmmaking shapes itself in close parallel not just to this footage – co-ordinating her formal preoccupations and movements with Remington’s wandering and curious eye or Richardson’s static first-person shots – but the lives of the family themselves.

Time doesn’t force a politics on the people and stories that it shows. It allows the contradictions, cruelties and complexities of Black life as lived within a carceral state to slowly, heartbreakingly and angeringly reveal themselves onscreen. Bradley’s previous, more experimental films often require more context or nuanced discussion to properly position their narratives of montage and silent study. On this outing, she sustains her contemplative, durative portraiture with clarity and focus – not only over a longer runtime, but across a vast experience that feels uncontainable.

The intimacy and trust between Bradley and Richardson seem almost immeasurable in their ability to feel both natural and yet non-intrusive. By the time the film reaches the moment of Robert’s release, the embodied feeling, both in terms of form and texture, that the director and Richardson have built up seems to almost rupture the screen and exist outside of the film and time itself. We see Richardson and her husband make love, depicted in a way that seems almost fantastic in its immediacy.

It’s a testament to the emotive strength of Time that the urgency of abolition – of dismantling a world that violently enacts white supremacy on Black people, Black families and, particularly, Black women – seems to fall away within the timelessness of a single moment. It is in all ways a record, memento and monument to the expanses of Black feeling and moment, both present and absent. 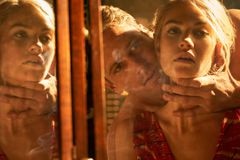 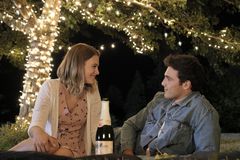