In the opening moments of Roadrunner, the new documentary about Anthony Bourdain, painter John Lurie quizzes director Morgan Neville on his motivations for making the film. “[He] killed himself. Why do you want to make this?” asks Bourdain’s long-time friend.

Roadrunner hits theatres three years after the chef and author died by suicide in a hotel room in France. Lurie’s question doesn’t exactly set the tone of Roadrunner, which devotes much of its two-hour runtime to Bourdain’s ineffable presence and influence, and only focuses on the circumstances surrounding his death in its final half-hour. But it does linger as a subtext: we’re still in the process of mourning Bourdain; what’s the point of eulogizing him in this way while the wound is still open?

In one sense, Roadrunner might serve to fill the sudden, deep chasm that was left by Bourdain’s death, allowing audiences to revisit the irascible perspective Bourdain provided not only as the host of various travel series, but as a constant critic of the food industry and the players within it. The film begins as Bourdain’s star rises with the publication of Kitchen Confidential, the 2000 memoir that catapulted Bourdain from behind the line at Les Halles in New York City and into the still-nascent world of celebrity chefdom.

Bourdain receives word that Kitchen Confidential had become a bestseller during a phone call while on-shift at Les Halles, and greets it with the sort of skeptical self-effacement that would come to characterize much of his public persona over the next two decades. There’s a great juxtaposition in the film’s early moments: footage of Bourdain, completely in his element making a produce order outside Les Halles, followed minutes later by footage of Bourdain, visibly ill at ease, sitting on Oprah’s couch.

And then, more or less, Roadrunner tells the story of Bourdain’s life as he told it himself. He was cold-called by producer Lydia Tenaglia (who gets ample airtime here, alongside her husband and co-producer Chris Collins) to host A Cook’s Tour; later, the triad would collaborate on No Reservations and Parts Unknown.

Neville does a masterful job at selecting which episodes and segments best illustrate Bourdain’s outsized impact, both in front of the camera and behind-the-scenes. The cast of interviewees, from publisher Karen Rinaldi to fellow star chef David Chang to second wife Ottavia Busia, discuss Bourdain with a reluctant reverence. There is candour, yes, and acknowledgment of Bourdain’s brilliance. But there is also a hesitancy to be too hagiographic, a lingering sense of resentment, and small doses of anger.

But those who are familiar with Bourdain’s CV might find Roadrunner a bit rote: I have seen just about every episode of Bourdain’s various series and I have read all of his books, and I found myself at once pleased to be revisiting a greatest-hits reel and, well, wondering if (or why) I needed to revisit it at all.

The real magic in Neville’s filmmaking is how he weaves a number of narratives about Bourdain seamlessly into the glut of already-available archival footage, using interviews with collaborators to hit at a central running subtext not immediately apparent in his body of work: we already have hundreds of hours of footage of Anthony Bourdain, because Anthony Bourdain couldn’t slow down.

Those looking to Roadrunner to answer the question of why Bourdain killed himself will find themselves disappointed, which is to Neville’s credit. The film’s final half-hour focuses on Bourdain’s last few months, which centred on his budding relationship with filmmaker Asia Argento (who was not interviewed for the film), and what friends and family describe in the doc as an increasingly erratic Bourdain. Neville stops short of directly implicating Argento in Bourdain’s death, though it is a very short stop.

Instead of seeking a reason for Bourdain’s suicide, Roadrunner instead brings the idea that Bourdain was consistently at the mercy of a need to do the next thing, see the next place and eat the next meal, from subtext to foreground. You get the sense of someone with a case of chronic dissatisfaction, a man who was constantly frustrated with being presented visions of paradise and thinking, “Is this it?”

But, then again, you may have already had that sense. Bourdain never shied away from describing his struggles: with addiction, with fame, with seeing the world as it was and wishing it was something better – or just something else. Neville does answer Lurie’s question, in those opening moments of Roadrunner. “I want to understand why he was …” he says from behind the camera, then allows for a very pregnant pause before settling on: “How he was.”

That’s a tall order – and it’s hard to say whether Roadrunner gets closer to answering that question than any of Bourdain’s actual work itself does. The doc is engrossing in its perspective, sensitive in its approach and expertly made. But it doesn’t cement Anthony Bourdain’s legacy, or add to it or, really, change it in any way. It’s more of an echo.

Film Review
Summer of Soul is both a mesmerizing doc and a good reminder to leave your celebrity friends alone
July 1, 2021 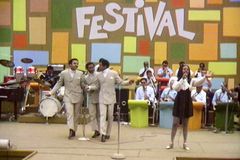 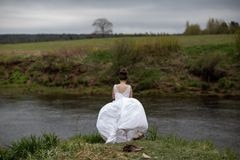 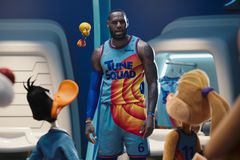