You may have heard of the Sichuan province of China, famous for its namesake peppercorn and giant pandas. Its capital city, Chengdu, is a popular destination for tourists looking to go beyond the usual travel itinerary of Beijing or Shanghai. Even as the city keeps pace with a fast-changing globe, it retains a more relaxed way of life where visitors can appreciate ancient Chinese culture and popular culinary experiences such as tea houses and hotpot restaurants.

Much like other cities in the world, Chengdu is also experiencing a clash between old and new. To Live to Sing, the latest film by Chinese-Canadian filmmaker Johnny Ma (Old Stone, A Grand Canal), offers a look at this confrontation through the lens of a small Sichuan opera company struggling to survive. The film is in Mandarin, with English subtitles.

Zhao Li (Zhao Xiaoli) runs the Jinli Sichuan Opera troupe, who live and perform together in a rundown theatre located on the outskirts of Chengdu. The troupe is like a family and its star performer is Li’s niece Dan Dan (Gan Guidan). But times are becoming increasingly tough. Their audience is limited to an aging population that still appreciates an older form of entertainment. Li’s niece keeps on suggesting a change in their routine to attract new and younger audiences. Other troupe members talk openly about rival performers who have gone over to Sichuan opera’s dark side – working in hotpot restaurants that are favoured by locals and tourists, where the circus-like “mask changing” sleight-of-hand routine earns them much more money.

Aware of the rumblings of discontent around her, Li is further troubled when she receives a notice for demolition of the ramshackle theatre where her troupe performs. She hides the news from everyone. Instead she tries to convince local officials to stop the demolition, while also looking for a new theatre to sing and live out of. Unlike the face-offs in the opera performances where an underdog might win, Li is all too aware that she’s fighting a losing battle to the forces of gentrification.

Ma was inspired to make To Live to Sing after watching a documentary by a local journalist on Xiaoli’s real life Sichuan opera troupe, which operates on the outskirts of Chengdu. Inspired partly by Japanese master filmmaker Yasujirō Ozu’s A Story of Floating Weeds (1934), about a travelling kabuki theatre troupe, Ma decided to fictionalize the story of Xiaoli’s troupe. He also cast them as the opera performers in the film. Sichuan opera isn’t just a performance art for them, but a way of life – one that’s grappling with its relevance in the modern day.

Playing a version of herself, Xiaoli is riveting, especially in the moments where the camera simply lingers on her troubled face, unadorned by the heavy flourishes of opera makeup. She conveys the subtleties of her character – who is both proud of her niece’s capabilities as a performer, watching her get ready for a show with a mixture of wonder and maternal love, but also realizes her niece’s necessary role as the star attraction of the troupe – with empathy.

It’s also fascinating to see how Ma has incorporated fantastical elements of Xiaoli’s troupe’s performance into an otherwise realistic film about working class artists. Ma wanted the film to become a Sichuan opera by the end. He achieves that goal to some degree. Besides a recurring dwarf-figure that Li keeps seeing around town and snippets of traditional performances as the troupe puts on daily shows, there’s a beautifully shot extended dream sequence reflecting Li’s internal dilemmas.

To no one’s surprise, the theatre gets demolished in the end. Some time later, when Li returns to the neighbourhood where the theatre once stood, accompanied by her niece Dan Dan and partner Lao Wu (Yan Xihu), the trio remarks on how everything has changed. Poking through the rubbles of the theatre, they find remnants of their old lives. The theatre may have been knocked down, but their song lives on. 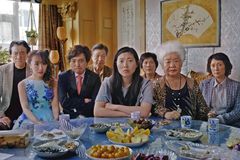 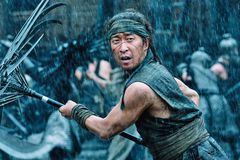