“You’re going to have a hard time in the profession.” That was what Blanche Lemco van Ginkel heard from a colleague when she showed up for an important architecture conference in 1953. And you can see why: in a photo of the event featured in City Dreamers, the attendees are a sea of mostly older men. She is the odd woman out.

That fact, however, did not stop her from pursuing a long and distinguished career in a deeply exclusive field. The same is true of the three other characters in Joseph Hillel’s feature documentary: the Canadian Centre for Architecture founder Phyllis Lambert, the American architect Denise Scott Brown; and landscape architect Cornelia Hahn Oberlander.

Each would make a worthy subject for her own film, and indeed some have. Hillel’s film, beautifully shot, provides an overview of their lives and careers. It brings them together with an implicit thesis: that these four women are remarkably accomplished, and that in a less sexist milieu they would all be seen as stars in their own right.

The film’s portraits of the four women in their own environments are invaluable. We see Lambert, a daughter of the Bronfman family, reject her appointed place as a socialite to become a major patron and intellectual leader in architecture. The documentary traces her working relationship with Mies van der Rohe, her role in the preservation movement in Montreal and the ongoing work of the CCA, the Montreal institution she founded.

We learn that Lemco van Ginkel, as a young woman, talked herself into the office of the Swiss titan Le Corbusier, and wound up designing some of the Unité D’Habitation – among the most important buildings of the 20th century. Then she and her husband Sandy van Ginkel helped shape Montreal in meaningful ways before she became head of the architecture school at the University of Toronto.

We meet Denise Scott Brown, the South African émigré who shook up the entire discourse of architecture along with her husband Robert Venturi. Her own mother was an architect – she jokes that when she entered architecture school in South Africa in 1949, she looked around and asked, “What are all these men doing here?”

And finally, there is Oberlander, among the most distinguished landscape architects of her generation, but often overlooked because of her gender and her residency in Vancouver. Hillel discusses her innovative work in playgrounds – still underrated today – and her masterwork with Arthur Erickson, Robson Square. City Dreamers also captures the fire of her professional commitment, as she scolds a hapless gardener who she sees as neglecting the care of Robson Square: the slight octogenarian is clearly someone you do not want to cross.

Weirdly, the film does not share the forcefulness of its four subjects, either in addressing the gender politics of the modern movement or in building a coherent narrative. The four lives all touch on the big issues of the mid-20th century: the arrival of modernism, the production of housing, historic preservation, suburbanization and urban renewal. We see some of their contributions in shaping these debates and shaping the world we live in. But you have to wonder if these four minds would like to see a portrait of themselves that is as frank and bloody-minded as they’ve been themselves. 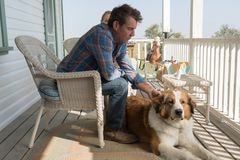 Film Review
Nova Scotia-set documentary This Is North Preston is a vanity project disguised as filmmaking
Subscriber content
May 16, 2019 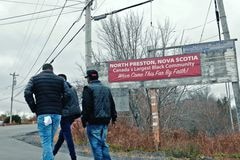 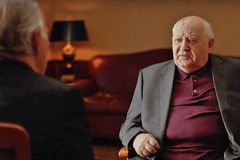