I will not pretend as if I follow the Chinese box office, but I experienced an extraordinary burst of pleasure this past January when Bi Gan’s elliptical drama Long Day’s Journey into Night – a nearly 2½-hour riff on memory, dreams and regret – earned a massive US$37.9-million on its opening day, besting obvious bets like Venom. Was the art house finally triumphing in the face of franchise fatigue? Was Beijing delivering the first wave in a global flood that would turn the tide against bloated blockbusters?

Apparently: no. The ticket surge was a fluke, fuelled by misleading marketing that positioned Gan’s film as the perfect date movie to watch as the clock struck midnight on Chinese New Year. (“Do you know what kind of sweet talk you’ll use to invite someone to the last film of 2018?” one ad asked.) Audience backlash was swift, with angry moviegoers flooding the web forums of Chinese movie-ticketing giant Maoyan (“Tricksters! Thieves!”). But at least people were talking about the film. However it finagled its way into the cultural conversation, Gan’s remarkable achievement deserves as much oxygen as we can afford to give it.

This doesn’t mean that Gan’s critics are entirely wrong, either. Long Day’s Journey into Night is an often ponderous, sometimes incomprehensible work whose rigid defiance of convention begins right with the title (the movie has nothing to do with the work of Eugene O’Neill, and its Mandarin title actually translates to The Last Night on Earth), continuing through a mid-film flip that is brazen, confounding and dazzling.

The feature’s first hour is the most challenging, as Gan takes a severe delight in testing the endurance of his audience, letting his tale of lonely drifter Luo (Huang Jue) returning to his hometown of Kaili unfold at a supremely leisurely pace. Atmosphere stands in for story – the drip-drops of rainwater are practically a supporting character – and Luo seems as confused by his surroundings as we are.

Gan slips in a few genre tropes to ostensibly propel the story forward (a photo with a phone number scrawled on the back, a thinly sketched mystery woman who might be the key to our hero’s past), but this is a film built on style and ideas more than narrative neatness. Which isn’t to say it’s bad or even tedious. Thanks to Gan’s rich visual imagination and his curiosity about the fault lines of memory – what we choose to remember, and what we’d rather wash away in the eye of a storm – the first half of Luo’s journey is compelling, even when it’s bewildering. But were the film, say, to continue this deliberately slow and baffling meditation for much longer, I could see how Gan’s near-infinite cinematic patience might drive certain audiences to the limits of theirs.

Critically, though, it is just at this point when Gan doesn’t so much flip his movie on its head as he tosses the thing headfirst into a parallel universe. After about 75 minutes of stumbling his way around Kaili, Luo finds a derelict movie theatre, takes a seat and is instructed by the screen to put on his 3-D glasses. This is our cue to do the same, and suddenly Long Day’s Journey into Night begins (literally, as this is finally when the film’s title flashes on screen). Now Gan has plunged his audience into a stunning cinematic dare, a 59-minute, 3-D single-take that defies the rules of storytelling, when it’s not defying the rules of physics.

We are no longer watching Luo, but the movie being projected in front of him, which follows a man who looks an awful lot like Luo making his way through a village gone to seed. Or maybe we’re watching Luo’s own dream – the one he’s imagining while dozing in a cinema, a mirror image of our own futile fight against the sleep Gan moments earlier seemed so intent on causing.

Puzzling out the reality and meaning of Long Day’s Journey into Night’s second half is as involving and absorbing an experience as watching the thing itself. And by the time Luo makes his way to what seems like the end of his journey, it is hard to not similarly feel transformed, or at the very least shaken.

It also goes without saying that this trick cannot be pulled off anywhere but a movie theatre. Preferably during a late-night screening, too, when you are already on the verge of dreaming. And while some duped Beijing audiences might cry foul, I’d suggest bringing someone you care about. Who knows where you both might end up once the evening is over. 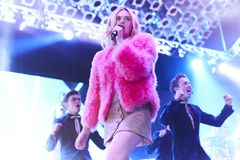 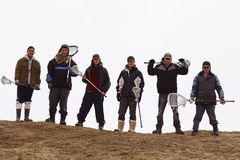 Film Review
Under the Silver Lake, the long-delayed Andrew Garfield mystery, drowns in its own preening self-indulgence Subscriber content
April 18, 2019 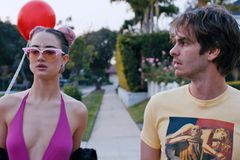