About halfway through Pavarotti, the new documentary by Ron Howard that recounts the life and career of one of opera’s few household names, there is footage of the tenor performing Vesti la giubba, the famed aria from Leoncavallo’s Pagliacci. It’s a bizarre sight: Luciano Pavarotti’s iconically large frame draped in the ridiculous garb of a sad clown, his thickly layered white makeup doing little to mask the alarming blackness in his eyes. And of course, there is the voice: His throaty wail that grips you by the sternum and forces you to have an unplanned moment of emotional catharsis. “Laugh, clown!” he sings in Italian, his sound incessant and relentless as he spends selfish amounts of time on each note in the aria’s climactic phrase.

After I shook myself from what felt like a “gotcha” moment from the late tenor, I returned to a general sense of getting cheated out of an excellent true story. Pavarotti is the third of Howard’s documentaries about cornerstone musical figures, after The Beatles: Eight Days a Week - The Touring Years, and Made In America, named after Jay-Z’s music festival. As their titles suggest, the first two films have a specific focus, illuminating an era or project in the larger careers of these musicians. But in his chronicling of Pavarotti, Howard goes for a broad-strokes biography that follows a simple, respectful chronological arc from childhood until his death in 2007. We’re treated to footage of the tenor in performance, giving master classes, interviews and sporting his signature grin as he lazily rides a bicycle through the streets of Beijing. There are formal interviews with his daughters, both wives, his managers, the woman with whom he had an extended affair, Lang Lang, Angela Gheorghiu, Carol Vaness, Bono, and with an amusing whiff of spite, Placido Domingo.

It’s a sweeping story, but for those already enamoured with “the people’s tenor," Pavarotti is unlikely to offer any new insights into his life. We certainly get tastes of interesting chapters in his career, points of focus that scream for more attention. What was that bit about the Julliard student he met who became his assistant and later his lover? Can we hear more about his early recital tours through small-town America? Was his friendship with Princess Diana really platonic? (Because her body language with him seems to suggest otherwise.) And what was the deal with his second wife, Nicoletta Mantovani, whom he married in 2003 and who was 34 years his junior?

Of course, there are loftier chapters on which I wish Howard had zoomed in. What about his humanitarian work? His charity concerts, the schools opened in his name? And what of his groundbreaking professional path, moving from a career exclusively in opera to major concert events with the Three Tenors and U2? Would he have been the superstar that he was without the help of his manager, Herbert Breslin?

The story that Howard chose to tell is surprisingly mundane. It is a story of an opera singer who studied his craft with great focus, who spent enormous amounts of time away from his family, who had bouts of loneliness and a confusing dual life as a beloved figure and a private person. It’s true that Pavarotti reached an unique level of fame, far beyond what most opera singers realistically hope for, but all that stuff about hard work and public pressure and struggles with isolation is par for the course among opera singers, in any generation. But of course, Pavarotti is special. His instrument is visceral, even a bit superhuman in its ability to survive decades with that risky, wide-open vocal technique. He had unteachable charisma, a magnetic smile that is, in certain lights, completely sexy.

I imagine that it is Pavarotti’s existing fans who are most itching to see this new documentary. As a collection of candid and onstage footage, Howard’s work is satisfying; yet as a story of an extraordinary life, Pavarotti is frustratingly diluted. 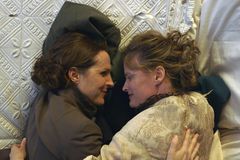 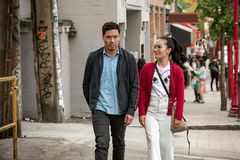 Film Review
Reese The Movie: A Movie About Reese is a candy-coated ode to the ASMR phenomenon ... but also, a very dull chocolate advertisement
Subscriber content
June 7, 2019 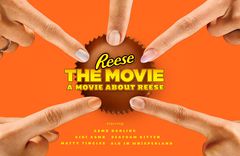