We live in a world where sometimes all it takes to get a movie made is that a Disney theme park ride exists. This was the case for The Pirates of the Caribbean franchise, which includes some of the highest-grossing films, but did not work in the favour of 2015′s Tomorrowland, which proved to be a massive critical and commercial failure.

Emily Blunt stars as Lily Houghton, a scientist who does not get respect because she is a woman who talks back, wears pants and defies conventions in early 20th-century England. Along with her loving and unadventurous brother McGregor (Jack Whitehall), Lily travels to Brazil in search of the Tree of Life, which supposedly has healing powers. It’s there where they meet Frank (Skipper) Wolf (Dwayne Johnson), a steamboat captain who reluctantly helps them on their journey. On their trail is Prince Joachim (Jesse Plemons), a German aristocrat that wants the Tree of Life for himself.

Jungle Cruise taps into a type of thrill-ride nostalgia that feels algorithmically created. Everything about the film is just right, from its charismatic stars to its jungle hijinks to its heart-to-heart chemistry between Lily and Skipper – all of it only slightly updated for a 2021 crowd. Lily, for instance, is a girl boss kind of feminist: Nobody can tell her what she can’t do, even though she’s a (very wealthy) woman. The script is full of the sarcastic cadence of jokes we have heard millions of times before in Marvel movies, and there’s even a scene where McGregor cryptically comes out as gay to Skipper, who doesn’t make a big deal out of it.

The sheer crowd-pleasing power running throughout Jungle Cruise, from its stars to its no-expense-spared budget, makes for an easy film to enjoy on a purely superficial level. The trio of Johnson, Blunt and Whitehall have a chemistry created in a Disney lab. Plemons, cast as a wacky villain, should be more enjoyable, but he instead relies too heavily on wielding a thick German accent.

The film is almost all non-stop family-friendly action, but that doesn’t automatically ensure that the audience feels any genuine tension or stakes. I watched Jungle Cruise not rooting for anyone or hoping for any particular resolution, because despite everything feeling “perfect” onscreen, nothing here inspires warmth or feels particularly heartfelt.

Jungle Cruise was created for no other reason than for it to be a massive hit, and that is exactly what it will likely be for its target audience. I was never exactly bored, but neither was I at any point moved. I also don’t think viewers will be thinking too hard about this film’s exceptionally predictable story, or its weirdly colonial undertones. However, I have to give Disney credit for making Jungle Cruise the movie as close to riding Jungle Cruise, the theme park ride, as humanly possible. Just don’t stand in too long a line for it. 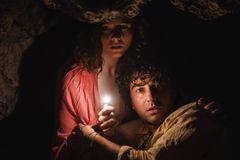 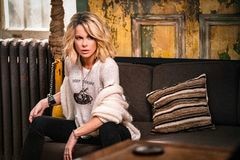 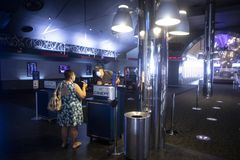