When the global hit television series Downton Abbey ended happily-enough-ever-after four years ago, it felt like the end of an era. On the eve of 1926 Isobel (Penelope Wilton) welcomed the new year with a toast: “We’re going forward to the future, not back into the past.” Maggie Smith’s dowager countess Violet, however, had her doubts: “If only we had the choice.”

The dowager got her wish with Downton Abbey: The Movie, which is a celebration of heritage, tradition, and the status quo. The story revolves around the impending visit of George V (Simon Jones) and Queen Mary (Geraldine James), with concentric ripples of related subplot for each of the original characters. The breezy throwback exercise in fan service reverts – some might say regresses – to a fundamental pleasure of the series: the layers of beautifully executed period trappings. With a plot focus on the exotic, ever-more anachronistic Edwardian manners and mores occasioned by royal protocol, it’s like a crossover episode with The Crown.

Upstairs, it’s all the Crawleys can do to stifle a blasé yawn as they go through the perfunctory social calls and royal preparations; they’re more concerned with the financial burden on a precarious household budget.

Downstairs, it’s another story. The servants have had their differences in the past, but a shared adversary brings them together because when king and queen consort deign to visit their subjects, all the comforts of the palace come with them – including their own staff. Downton’s premise is that the servants are as invested in the honour of the household as their masters. To add insult to injury, once they’re dismissed from directly serving the visiting monarch, they also bristle at having to bow and scrape to the royal servants.

Downton creator Julian Fellowes earned an Oscar for his Gosford Park screenplay and I soon found myself hoping for a juicy country-house murder (or at least bringing Matthew back from the dead in a Dallas-style “It was all a dream” twist). Instead, after several scenes of people standing around in handsomely appointed rooms fawning over royals, the main stakes are who will have the honour of selecting and polishing the silver.

Faster than you can say sabotage, the staff secretly regroup in the wine cellar to devise a plan that will thwart the imperious king’s butler (David Haig). From here, it’s all very much in the giddy spirit of The Great Muppet Caper, with the downstairs actors leaning hard into the silliness of the premise (with a bonus side trip into The Great British Bake Off territory as Mrs. Patmore locks horns with the snooty French chef for a showdown pitting continental cuisine against honest home cooking).

All the beloved favourites are back. With Downton’s reputation hanging in the balance, for example, former head butler Carson (Jim Carter) is brought out of retirement to handle the royal visit instead of less-experienced Barrow (the excellent Robert James-Collier). The latter’s newfound downtime introduces a glimpse of queer life in post-Edwardian England (furtive but relatively safe for those with friends in high places; not so great for anyone else). And whether making general pronouncements (“Machiavelli is frequently underrated”) or paraphrasing Oscar Wilde, Maggie Smith’s timing with lobbing zingers is as thrilling as a Wimbledon final. Even Mr. Molesley (Kevin Doyle) takes a break from teaching at the local school to pitch in and – with apologies to Dame Maggie – the ardent royalist’s excitement is pivotal to the movie’s funniest scene.

As usual, Isobel and her best frenemy, Violet, liven things up whenever they trade affectionate barbs but Smith’s most cutting one-liners are generated by her feud over money with distant cousin Lady Bagshaw (Imelda Staunton), who happens to be the queen’s lady-in-waiting. She’s on the scene because a royal visit involves more pageantry than even the Crawleys are accustomed to – even if bratty killjoy Lady Mary (Michelle Dockery) rolls her eyes in faint dismay. “We will never stop changing our clothes!” But this is Downton, and that isn’t so much a criticism as a promise. Hence we get two parades: the actual king’s parade of the Yorkshire Hussars through the village on horseback, all regimental uniforms and tufted feathers, and a second in the movie itself, of sumptuous fashions devised by costume designer Anna Robbins before it all culminates, naturally, in a grand royal ball.

It’s all there in the title. Downton Abbey: The Movie – more of the same, on a literally more majestic scale. Between the tiaras, the tea trays, the synchronized curtsies, meaningful glances and interludes of fisticuffs and tweed, fans of the long-running series will feel like they’ve slipped into a welcome warm bath. But for those counting, the familiar ensemble cast adds up to 20. Stuffing what feels like a season’s worth of mild soapy intrigue into two hours (hunky plumbers, anarchists, dressmakers, royal valets, and tender secrets) feels like rushed busywork.

‘An amazing experience’: Stars reflect on success of Heartland ahead of 13th season
September 18, 2019 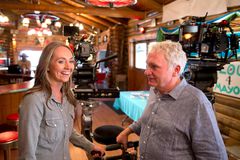 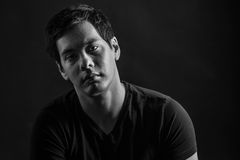 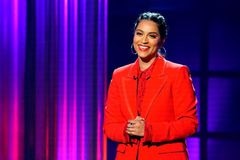