The British music magazine Q has a feature where it reviews a band’s entire work. One of the categories is called For Completists Only and suggests albums that will only appeal to hard-core fans.

Let me introduce you to Vince Gilligan’s El Camino: A Breaking Bad Movie. If you didn’t religiously watch Breaking Bad, one of the OGs of prestige television, you can stop here.

Mr. Gilligan supposedly pitched Breaking Bad as Mr. Chips meets Scarface and it told the story of Walter White, a cancer-ridden teacher (Bryan Cranston) cooking meth to provide for his family. He partners with former student Jesse Pinkman (Aaron Paul), who in the pilot episode is first seen by Mr. White fleeing a crime scene out an upstairs window.

Even casual fans that have not revisited the show in the six years since its conclusion might be lost by El Camino: A Breaking Bad Movie and tempted to turn their Netflix sights to season three of Big Mouth. However, if you’re a hard-core devotee – the kind that built summer vacations around visiting the show’s New Mexico sites – there are enough delightful moments to keep you content until the next season of Better Call Saul, a more successful stand-alone spin-off from Mr. Gilligan.

El Camino tells the small story of what happens to Jesse after he is freed from meth-cooking Nazis by friend-turned-nemesis Mr. White. He escapes in a hail of machine gunfire that leaves the Nazis and Mr. White dead. Jesse is left emotionally and physically fried. He turns to old friends to help him escape the tightening noose of a police manhunt.

We get to revisit with Skinny Pete and Badger, sweetly played by Charles Baker and Matt Jones. One of the strengths of Breaking Bad – besides the killer concept – was in the quality performances of the bit players, and Mr. Baker and Mr. Jones’s return as the Rosencrantz and Guildenstern of the Breaking Bad universe is a welcome reunion with old friends.

El Camino is peppered with such performances – there’s a great scene in a vacuum-repair store starring Robert Forster as the proprietor and Marla Gibbs as a chatty customer. Jesse Plemons returns in flashbacks as Jesse’s blandly affable white-supremacist captor, and we meet a pair of no-good welders intent on ripping off Jesse. Played by Scott MacArthur and Scott Shepherd, they immediately gain entry into Mr. Gilligan’s pantheon of hallowed bit players.

But like any B-sides and rarities collection, three-minute earworms are great, but do not hold up as a collective endeavour. Mr. Gilligan is also pounding well-worn themes. His terminal fascination with the vast, barren vistas of the U.S. Southwest is on display here, with some beautiful cinematography that can’t help but remind you that Jesse’s pursuit of some version of the American dream is equally vast and empty. There’s even a Gunfight at the O.K. Corral shootout to sandblast home Mr. Gilligan’s not-subtle homage to the lone man on the frontier who can only depend on his wits and a six shooter.

Mr. Paul is more than fine in his reprise of Jesse, but his escape story is too slight to have real emotional resonance. The greatness of Breaking Bad was always the interplay between Walter and Jesse, whether they were friends or enemies, on screen together or clawing their way through separate, but equal struggles. There lies the problem with El Camino: Mr. White is dead, so Jesse has lost the jagged mirror through which he judged and processed his own actions.

But wait! Through the beauty of the flashback, Mr. Paul and Mr. Cranston share one final scene. They are at a desert diner bickering like the old married couple they often were, and Mr. Cranston gets off one more killer deadpan line that Breaking Bad acolytes will immediately place in their Top Ten Walter White quips of all time. The chemistry between the two actors is magical and sweet, seen through the lenses of two not exactly emotionally evolved men. It is the jewel of the movie.

But then, just as quickly, Jesse is back in the present-day trying to build an escape route to a new life. Without Walter, he is just another manchild with a gun and a pile of money in a garbage bag.

Sometimes, the past is the past and it really is dead.

El Camino: A Breaking Bad Movie is available on Netflix and at select theatres. 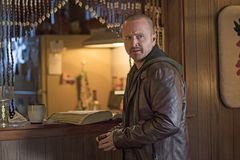 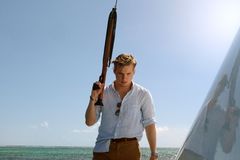 Film Review
New films in theatres and streaming this week, including Joker – not worth the hype – and Where’s My Roy Cohn? – about a hype machine
Subscriber content
April 24, 2020 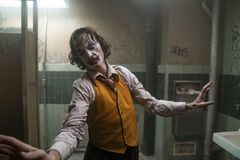