A warning comes affixed to the opening of Erik Anderson’s bluntly titled My Thesis Film: A Thesis Film by Erik Anderson: “This film was made entirely without the support of the Canadian film industry.”

After watching all 233 minutes of Anderson’s three-chapter-plus-prologue epic, I can see why: This is a frequently challenging, often hilarious, sporadically frustrating and consistently furious attack on a cinematic landscape that its director views as stagnant and stunted industry that is as far removed from being a true meritocracy as Anderson’s own film is from the the festivals and art-house recognition that he so desperately craves.

That might make My Thesis Film sound like a hollow and extraordinarily long exercise in anger-management. This film is angry – seething in its irritability, really – but it is also inventive, tenacious and fearless. And the Canadian film community is fortunate to have it.

If the community will accept it, that is. Outside of premieres at two low-tier film festivals (the Brussels Independent Film Festival and the moribund Montreal World Film Festival) and a single, barely promoted weeknight screening at TIFF’s Lightbox theatre in Toronto last year, My Thesis Film hasn’t been made available to anyone outside Anderson’s circle of friends and colleagues. (It is finally getting a week-long run at Montreal’s Dollar Cinéma starting this Friday.) Its lack of exposure isn’t a surprise; the entire film is a critique of what is and isn’t allowed to exist within the domestic arts ecosystem. In its indignant inquisition of film-studies academia and festival politics, not to mention a run-time that surpasses Lawrence of Arabia, it is easy to see why programmers and indie distributors would take one look at My Thesis Film and run far away. Which would be – mostly – a mistake, as Anderson delivers an oft-compelling argument on the state of modern arts, while at the same time demolishing convention in a bold, occasionally thrilling way.

Anderson’s title isn’t some cute wink at subversion – this is actually the thesis film that he defended (successfully) for his MFA at York University in 2016. Anderson shot, wrote, directed, produced and edited the opus, while also starring as “Erik Anderson,” a film student struggling to complete his thesis in the face of skeptical and more-connected peers. In other words, this is a film about its own conception, an aggressively meta act that could have easily imploded were Anderson not an engaging and self-deprecating comic presence – think Larry David meets Jason Sudeikis – who is just as eager to satirize himself as he is to skewer those around him. Although many of his arguments about the state of contemporary Canadian cinema don’t track – we stopped making films about the misery of harsh winters a while ago – Anderson’s eagerness to undermine his own prickly positions, to test and stretch them until they break and reconstitute themselves into something new and trickier, is impressive.

At many points, My Thesis Film feels an inch away from mimicking a Quillette column – “I suppose you’ll find me problematic,” Anderson says early on – until the film pulls the rug out from underneath itself. This is funny, vulnerable work that deserves at least a shot at its intended audience of curious cinephiles and cynical students. (In a coincidence of meta-Canadian-cinema timing, Anderson’s comedy is the second movie to come out this year focusing on a Toronto film student completing a thesis, after Spice It Up, which made the 2018 festival rounds before playing the Lightbox this past August.)

Most impressive of all is how deeply Anderson invested his own energies into the production, without having access to someone else’s wallet; the movie cost just under $1,000 to make, with much begging, borrowing and subterfuge to get the thing across the finish line. (Anderson shot piecemeal over the course of eight months, making himself available whenever his cast was free; there was no fixed crew.) The result betrays many hallmarks of a first film, or more accurately, a student’s thesis film – especially the prologue, a 40-minute riff on Book 1 of Plato’s Republic that, while deliberately antiquated in concept and execution, stops the film before it starts.

Yet My Thesis Film also looks and feels as professional and slick as any other legitimately funded indie movie, with Anderson finding a smart way to exploit the close-up and shaky-camera conventions typical of the budget sphere to his visual and narrative advantage.

For those who spend their days deep in the weeds of the Canadian film world, My Thesis Film is something of an inside-baseball riot (I counted stand-ins for directors Matt Johnson and Nicolas Pereda, plus TIFF programmer Steve Gravestock). For those who live outside that bubble, attention spans will be more taxed. But it is hard to ignore a film that favours to scream, when so many others are content to talk in hushed tones.

My Thesis Film: A Film By Erik Anderson opens Dec. 13 at Dollar Cinéma in Montreal (dollarcinema.ca) 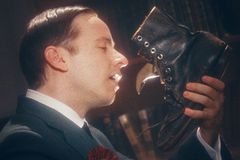 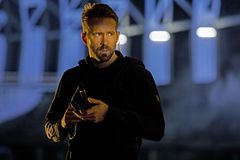 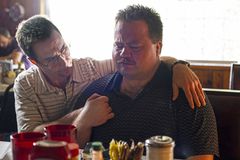