Minari, we find out in the middle of Lee Isaac Chung’s much-anticipated Korean-American film, refers to a common Korean vegetable. Seen as a harbinger of the first days of spring, this plant, which resembles parsley, can be an integral ingredient of a main dish or be served as one of those banchan (side dishes) you munch on as part of a traditional Korean meal.

You don’t need to know that culinary history or understand the Korean language to fall in love with Chung’s Minari. This story of a Korean-American immigrant family, and the quiet drama of their everyday lives as they endeavour to plant their roots in rural Arkansas, will translate to any audience.

The film draws you in from its first scene, a silent moment accompanying the opening credits where the Yi family drives past the rugged Ozarks, their watchful eyes taking in the giant bales of hay, grazing cows and old farmhouses whizzing past the car window.

“Yeogi toh dae che oediya?” Monica (Han Ye-ri) asks her husband Jacob (Steven Yeun) when they arrive at their destination. The subtitles that say, “What is this place?” don’t do justice to what Monica is truly asking Jacob. But they are also almost irrelevant. You understand the significance of Monica’s question in the quiet slam of the door of the beat-up station wagon she’s been driving, with the couple’s two children, David (Alan Kim) and Anne (Noel Kate Cho), in tow.

Monica had been following Jacob, who was driving a rental truck down winding roads, ultimately leading them to a vast, grassy patch of land. While the kids immediately begin exploring their new home, you can see – actually feel – the quiet anger and despair building inside Monica in the way her hands hang to her sides, her mouth firmly set, as she takes in her surroundings.

Jacob’s matter-of-fact reply, “Chib-ee ji” (”our new home”) will be familiar to many couples who understand the subtexts and unspoken tensions underlying mundane marital exchanges. We quickly come to learn that Jacob has taken a gamble in moving his family from California to Arkansas, where he’s bought land and wants to build a farm.

Jacob is tired of his job working as a chicken sexer, even though he’s extraordinarily fast at distinguishing male and female hatchlings. But Monica prefers the stability of the chicken job and hasn’t completely bought into Jacob’s pastoral dreams, and it doesn’t help that their son has a heart condition. The family’s brewing anxieties eventually burst into a torrent of angry words between Jacob and Monica, with the kids trying to intervene in their own sweet way.

To keep the peace, Jacob brings Monica’s mother Soonja (Youn Yuh-jung) over from Korea. The Go-Stop card-game loving, irreverent halmoni (grandmother) becomes a source of comfort for Monica and bewilderment for David. Meanwhile, Jacob does his best to keep his cool as he tries to cultivate vegetables for a growing Korean immigrant community in Arkansas with the help of an eccentric farmhand named Paul (Will Patton).

While Jacob’s farm may be the central metaphor of Minari, other threads are deftly woven into Chung’s exploration of the American dream: forgotten wars, the battle between faith and purpose, the gap between dreams and reality. It is clear that Chung’s film will have deep meaning for the Korean, and by extension the Asian, diaspora. Even with a rudimentary understanding of Korean, I could hear how the language added specific contours to arguments and reconciliations that can take place in any family.

The film forms a kind of origin story, giving voice to the often silent experiences of a particular immigrant community in the 1980s. Lachlan Milne’s cinematography veers from prosaic to evocative to breathtaking, depending on the scene.

While I don’t want to take away from its cultural specificity, Minari will likely be a moving experience for anyone. The Yi family feels familiar. I’ve heard similar stories of struggle and survival from Punjabi farmers – whether they were situated in California’s Yuba County or British Columbia’s Lower Mainland. I’m sure the film will resonate with them. As it will with my own kids’ former nanny, a Filipina woman who loves tending to her patch of a community garden because that small parcel of land grounds her.

There are no clear resolutions at the end of Minari. The vegetable of the title, planted by Soonja when she first comes to Arkansas, grows without anyone having to tend to it. Will the Yi family also thrive? Chung leaves it for us to decide.

Minari is available on-demand, including Apple TV/iTunes and the Cineplex Store, starting Feb. 26 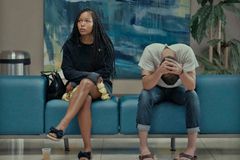 Film Review
Canadian teen thriller The Sinners suffers from a few of its own deadly transgressions
Subscriber content
February 18, 2021 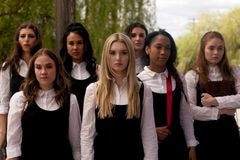