Middle-aged Secret Service agent Mike Banning is addicted to painkillers, has spinal-cord damage and suffers from post-concussion insomnia and migraine headaches. “You’re a disaster waiting to happen,” says his doctor. Add to that, Banning’s got a young wife and newborn baby at home. He’s getting too old for this, right? There’s no way he can single-handedly manhandle and outwit an elite band of mercenaries, not to mention foiling the FBI and his own Secret Service – who think he’s a traitor – can he?

Of course he can. Because Angel Has Fallen (the by-the-numbers third instalment in the big-budget Fallen series, following 2013′s Olympus Has Fallen and 2016′s London Has Fallen) doesn’t throw more at the protagonist than he can overcome, and it won’t give the film’s audience more than it can handle either. Gerard Butler is back (beefier than a 49-year-old action-hero actor should really be) as the alpha-male president-protector Banning. As obstacles confront him, Banning keeps knocking them down, just as easily as ruddy-faced Butler probably took care of single-malt shots at the film’s wrap party. There’s no thrill to this thriller. Nor is there nuance to the characters.

There’s a long line of president-under-attack films, the most ridiculous being 2013′s White House Down, a movie made for idiots. The high point of the genre, I think we can all agree, was 1993′s In the Line of Fire, starring Clint Eastwood as an over-the-hill agent haunted by his failure to protect John F. Kennedy from assassination years earlier. Whereas that film was a masterful psychological thriller with a redemptive narrative, Angel Has Fallen is all stunts, clichés and plot holes big enough to drive a tractor trailer through. Also, Agent Banning drives a tractor trailer through the woods at night during one “chase” scene.

Thrillers are only as good as their villains, and while In the Line of Fire had John Malkovich as a creepy mastermind, Angel of Fallen gives the capable Danny Huston little with which to work – a solid bad-guy face wasted. He plays an ex-army buddy of Banning’s who runs his own militia. His notion is to kill the dove President (played by Morgan Freeman) so that the hawk Vice-President can take over and give the villain’s private army more contracts. The guy says he’s not doing it for the money, though; he just wants the adrenaline rush of the old days. To achieve that, he attacks the President on a fishing boat with a fleet of bomb-dropping drones, sets up his trusted friend Banning and implicates Russia in the process. Seems like a bit of overkill. Has he not heard of paintball?

Also in the cast are Jada Pinkett Smith and Lance Reddick, as an FBI agent and Secret Service director, respectively. She mostly scowls; he stands around and is stern of manner. Probably because the actors are frustrated that their characters are so incompetent at their jobs.

After being framed as a key accomplice in the plot to kill the President who adores him, Banning simultaneously sets out to clear his name and save his country from a clear and present danger, outsmarting and out-shooting people so easily that Sylvester Stallone and Bruce Willis are seriously considering inviting Butler to their next barbecue.

A bonkers final-scene coda involving Nick Nolte may have been an outtake; I’m not sure. What I do know is that everything that preceded it offers nothing new to the genre. The franchise has fallen, and I’m not sure we should bother to care if it can get back up.

Angel Has Fallen opens wide across Canada on Aug. 23. 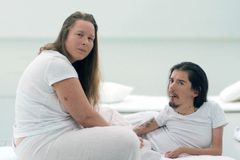 Film Review
The magical-realist blood-bath Tigers Are Not Afraid is one of the best surprises of the summer
Subscriber content
August 21, 2019 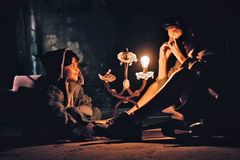 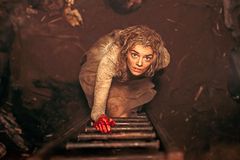