Roll up for Paul Saltzman’s magical mystery tour, he’s hoping to take you away. And he almost does.

Saltzman is a two-time Emmy Award-winning film and television producer-director with many dramas and documentaries (including 2009′s Prom Night in Mississippi) to his credit. His latest, Meeting the Beatles in India, recounts the trip in which he Forrest Gumped himself into an exclusive hippie-dippie hang with the world’s most famous musicians.

In 1968, Saltzman was a happening dude: Young, handsome and romantically successful, with a sportscar to get to his job at the National Film Board in Montreal. One morning, he woke up disillusioned. A voice he never knew he had told him to go to India.

Once in the country – the flight cost him $550 – he received a break-up letter from his girlfriend. Shattered, he went on to Maharishi Mahesh Yogi’s compound in Rishikesh to learn Transcendental Mediation (TM). There he met the Beatles and discovered inner peace. Not bad.

Saltzman’s gentle film documents his recent trip back to Rishikesh, with a stop in Liverpool and a detour to Hawaii. Beatles historian Mark Lewisohn is along for the ride. It’s a lovely look back – happy memories are revived and wrapped in garlands, set to a sitar-and-tabla soundtrack.

Beatles fans will dig the context behind the songs written during the Fab Four’s stay at the retreat. We even meet the man who inspired the White Album song The Continuing Story of Bungalow Bill and learn the answer to the question “Hey, Bungalow Bill, what did you kill?" (Spoiler alert: It was a tiger.)

Saltzman snapped the famous panoramic, Sgt. Pepper-like shot of the group at Rishikesh. The portrait showed the Maharishi, the Beatles with their wives and girlfriends, and other celebrities such as Mia Farrow, all sitting beatific, cross-legged and draped in white.

The musicians didn’t know the backpacking Canadian from Adam, but because he didn’t treat them like a star-struck fan, he was encouraged to join their inner circle and to click away with his modest Pentax.

Inside the compound, he first saw John, Paul, George, and Ringo sitting outside at a long dinner table by the edge of a cliff overlooking Rishikesh and the river Ganges. “May I join you?” he asked. “Sure, mate,” Lennon answered. “Pull up a chair,” McCartney added.

Getting to know the most famous musicians in the world, Saltzman meditated privately with a sitar-playing Harrison, sat in on the first acoustic jam of Ob-La-Di, Ob-La-Da and laughed with Lennon as a baboon took their food.

The Beatles' initial endorsement of mediation and the “giggling guru” Maharishi was a big deal at the time. But the film’s claim that the ashram summit was “world-changing” and a “turning point in 20th-century consciousness” is exaggerative and never substantiated.

The grubby, unshaven Beatles did write dozens of songs during their stay with the Maharishi. From the looks of Saltzman’s photos, personal grooming was sacrificed in order to allow for more time inventing the melodies and words to such songs as Dear Prudence (inspired by Farrow’s reclusive sister Prudence, who refused to “come out to play”).

According to Jenny Boyd (sister of Harrison’s wife Pattie Boyd, also in the film), the Beatles were constantly creating. As she put it, “They just couldn’t not.”

In addition to its role as pleasant Beatles travelogue, Meeting the Beatles in India is a trip down meditation lane. Filmmaker and TM enthusiast David Lynch pops up, all smiles and Shangri-La, envisioning a “peaceful world of happy campers, just zooming into the beautiful world together."

Though the film comes off as a bit of a commercial for Transcendental Meditation, all was not well at the ashram. What was a spiritual jackpot for Saltzman might not have been for the Beatles. Though Lennon and Harrison stayed the longest with the Maharishi, they left in a huff – angry and let down by the guru. Saltzman floats an explanation for the misunderstanding, but the four Beatles were never as close with each other again after their visit to Rishikesh.

As pleasant and sincere as his film is, it’s a touch too timid. We never hear about Lennon writing Yer Blues at camp happy: “Yes, I’m lonely, wanna die.” Saltzman balances his own story with the Beatles scenery successfully, but he left some drama on the table.

Meeting the Beatles in India is currently streaming in virtual cinemas and opens in select Canadian theatres Oct. 2 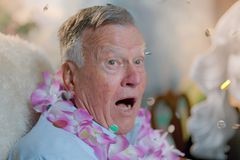 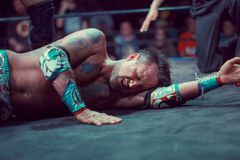