A wary and broken hero searching for the truth about their family. A ragtag group of rebels facing impossible odds. An all-knowing hooded figure with a nefarious plan. Bickering droids. Alien critters that are ready-for-Christmas cute. So much of Star Wars: The Rise of Skywalker is pulled from what has come before, and so much of it carries the wear and tear of repetition.

I understand why director J.J. Abrams and his team went for the well-worn route – if it worked once, why can’t it work again? Except, as we enter this allegedly final chapter of the Skywalker Saga, there is the distinct feeling that we’ve all been conned. Not only as audiences who expect something new and inventive from the blockbuster realm, but also those dyed-in-Wookiee-wool moviegoers for whom Star Wars means more than most products of Western civilization. Despite the vast deepness and immense possibilities of George Lucas’s long-ago galaxy located far, far away, Disney’s Star Wars is more an exercise in exhumation than storytelling.

But The Rise of Skywalker’s reliance on nostalgia – on digging up the past and reliving it rather than reinterpreting or reworking it – does help wash away whatever lingering guilt I have over recycling an artistic device of my own, one that I promised myself I would only use once and only under the most extraordinary of circumstances. But as J.J. Abrams might have said while working on his new film, to hell with guilt! And so, I present an eight-part quiz-review of Star Wars: The Rise of Skywalker.

a) one of the creative forces behind Lost, a television series that began by dangling tantalizing mysteries in front of its audience before delivering a series finale that was universally loathed

b) one of the creative forces behind Alias, a television series that began by dangling tantalizing mysteries in front of its audience before delivering a series finale that was, while not exactly loathed, extraordinarily silly

c) one of the creative forces behind the Cloverfield trilogy, a series of films that began by dangling tantalizing mysteries in front of its audience before delivering a cheap and flavourless franchise capper

d) one of the creative forces behind the new Star Wars trilogy, which began by dangling tantalizing mysteries in front of its audience with The Force Awakens before delivering a franchise capper that will go down as one of J.J. Abrams’s messiest and most frantic attempts at resolving any and every question originally posed, which is saying something

2. Star Wars: The Rise of Skywalker is about:

b) no, really, Disney does not want you to know anything about what may or may not go down in this film, even though two of its biggest twists are immediately reversed by a script that detests surprise and genuine risk, and another makes no sense whatsoever

c) a generation-defining battle between the two sides of the Force, as epitomized by the headstrong Jedi-in-training Rey and the evil [redacted] … dang it!

d) a cute little alien droid-hacker named Babu Frik, who leaves a longer-lasting impression than almost any other character in this installment

a) the filmmaker who, given the opportunity to do something just a smidge different with the Star Wars films, made The Last Jedi, a funny, progressive and quasi-subversive take on the space opera and our inability to let go of the past and embrace change

b) the filmmaker who, because of his Last Jedi choices, found himself thrown under the bus by Abrams and his cast during the recent Rise of Skywalker press tour

d) the filmmaker whose new film, Knives Out, boasts a 97-per-cent “fresh” rating on Rotten Tomatoes, compared to The Rise of Skywalker’s 58-per-cent “rotten” rating, so there

b) here to give Rey sage advice about the perils of being a Jedi warrior, before she [redacted, again] … son of a …

d) dearly missed, and not just because The Rise of Skywalker’s script could have used one of her famous polishes

a) doing his best here, given that Kylo Ren’s tug-of-war between good and evil hasn’t evolved much from the journey he went through in The Force Awakens

b) currently starring in two much better films available to stream right this very moment: The Report on Amazon Prime Video and Marriage Story on Netflix

c) singing Stephen Sondheim’s Being Alive very quietly under his breath for the entirety of The Rise of Skywalker, and I won’t have Abrams or anyone else correct me on this 110-per-cent accurate observation

d) probably upset that we’re all still talking about how he walked out on that NPR interview, which, yeah, fair enough

a) the president of Lucasfilm who took charge of George Lucas’s company after Disney bought it for US$4.1-billion in 2012

b) the president of Lucasfilm who decided that a new trilogy of Star Wars films would be best served if they were constructed, exquisite-corpse-fashion, by three entirely different sets of writers: J.J. Abrams, Lawrence Kasdan and Michael Arndt for The Force Awakens; Johnson for The Last Jedi; and Abrams and Chris Terrio for The Rise of Skywalker, ensuring exactly zero narrative, character, thematic or emotional consistency across each instalment

d) the president of Lucasfilm who has mostly, sorta, kinda, maybe promised that The Rise of Skywalker will be the last film to feature the titled bloodline … or maybe not: “They could always in one way or another reappear but for right now [this film] is bringing it to a close”

7. The worst thing about The Rise of Skywalker is:

a) its sloppy and chaotic opening half, which pivots on plot devices of a sub-Infinity Stone variety, and includes one bewildering detour to what’s essentially an outer-space Burning Man

c) its patronizing LGBTQ “moment,” which occurs between two characters who I guarantee you’ve never heard of and lasts all of 1½ seconds

8. The best thing about The Rise of Skywalker is:

a) that Richard E. Grant got a nice payday to play a generic First Order bad guy

b) that Billy Dee Williams is having an immensely fun time stepping back into the role of Lando Calrissian, even if the movie ignores the fact that the Millennium Falcon is powered by the artificial intelligence of his dead droid lover or whatever it was that happened in Solo: A Star Wars Story 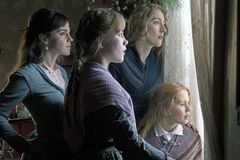 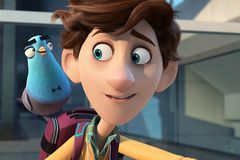 Film Review
Documentary Nomad wonders if only all our lives were chronicled by Werner Herzog Subscriber content
December 19, 2019 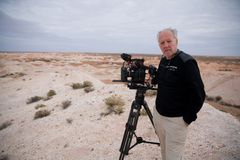