In James Franco’s Zeroville, Franco’s character defiantly declares that continuity in film is overrated. After watching this film, you may disagree with every atom in your body.

Franco stars and directs Zeroville, based on the Steve Erickson novel. It was made in 2014, long before 2017′s The Disaster Artist, but has sat on the shelf for five years because of production company angst and the fact it is sort of a tasty pile of goulash made with ketchup. It is one of the 39 director credits that Franco has accumulated while also acting, obtaining multiple masters of fine arts and catatonically hosting the Oscars with Anne Hathaway.

To say it is for Franco completists only seems just. Our man plays Vikar, a mysterious character with a shaved head covered in a tattoo of Montgomery Clift and Elizabeth Taylor in the classic A Place In Sun. (Taylor’s character’s last name is Vickers, echoing Franco’s character. Or maybe vice versa. Who knows?). Franco’s Vikar is a cross between Leonard Zelig and Forrest Gump on CIA-grade LSD. He arrives in 1969 Hollywood just in time to be questioned by a very loud Danny McBride for the murder of Sharon Tate.

He somehow gets a job on a Hollywood lot where he’s carrying a prop when he stumbles over Ali MacGraw botching lines in Love Story. At this point you might ask yourself, “What can you say about a five-year-old film just released? That it was incoherent. And interesting. That it featured Will Ferrell, Seth Rogen and Gus Van Sant. And it loved itself.”

A bearded Rogen arrives in a golf cart and heckles poor Ali. He plays a director-type named Viking Man. It is not clear whether that is his legal name. As Viking Man hurls insults, Vikar is befriended by Dotty, a legendary film editor played with sweetness by Jacki Weaver. Dotty mentors Vikar and teaches him to edit.

Vikar turns out to be a splicing savant. Before you can say director’s cut, Vikar is enmeshed in the auteur world of 1970s filmmaking. He accompanies Viking Man to a Malibu party where he watches as, uh, Steven Spielberg hatches the idea for Jaws and Francis Ford Coppola has a beard. Next thing we know Vikar is in the jungle with Viking Man on the Philippines set of Apocalypse Now as Coppola – played by Saturday Night Live refugee Horatio Sanz ­– tries to reason with Marlon Brando about the magic of T.S Eliot. This is the point where I stopped taking notes.

This is also the point where I tell you that Zeroville features a lot of fancy cuts, freeze frames and buried imagery because it is, well, about a film editor. It will either make you feel like you’re having an anxiety attack after overindulging at our country’s legalized cannabis buffet or you can roll with it. Either way, please hydrate.

Franco’s Vikar has a bit of Ayn Rand’s Howard Roark in him and he battles with a studio producer portrayed by Ferrell who plays an amalgamation of his character from Old School filtered through repeated viewing of Robert Altman’s The Player. He even inexplicably leads a conga line of partiers in a rendition of Smokey Robinson and the Miracles’ Mickey’s Monkey. Ferrell has not been grafted on from another movie, but perhaps another art form.

Franco and Ferrell battle for the love of Soledad (Megan Fox), a star-crossed actor who almost gets cast in Altman’s The Long Goodbye and other iconic films, but never quite makes it. Soledad is a stand-in for the fight for Hollywood’s soul­ with Ferrell playing the corporate guy with the house in the hills and Franco representing indie artistry as illustrated by the scene where he takes Soledad to New York music club CBGB to see a young Iggy Pop (I did not see that coming). Soledad is smitten as Vikar turns out to be a not-too-bad slam dancer.

Vikar then finds himself with Jimmy Carter negotiating peace between Menachem Begin and Anwar Sadat. Just kidding, but it would have fit in nicely. In the actual film, Vikar starts seeing Soledad in quick millisecond appearances of other films and starts trying to piece the cuts together as he simultaneously falls apart. This goes on for a while. You may be tempted to leave at this point, but if you do, you’ll miss Vikar’s appearance in Peter Fonda’s Easy Rider, which, truly, must be seen to be believed on any level.

I know I’m forgetting a lot. Oh yeah, James’s brother Dave Franco shows up as Clift, James’s idol. Casting your kid brother to play your character’s idol is a choice. By the film’s end, it seems like everyone who has ever been in a film has been name-checked except for D.W. Griffith and the guy who played McLovin in Superbad.

Did you find this review to be intriguing, hard-to-follow and yet oddly entertaining? If so, go see Zeroville.

Otherwise, to the lifeboats! 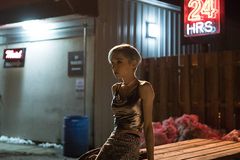 Film Review
Before You Know It is a clever, zippy New York comedy
Subscriber content
September 19, 2019 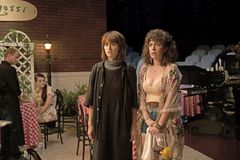 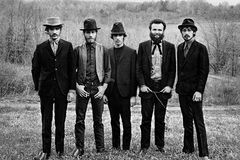