Does every generation of moviegoers get the Emma it deserves? If so, we are in a lucky moment.

Clueless (1995) gave us a Beverly Hills Emma, named Cher (Alicia Silverstone), a high-school-aged, other-coast precursor to Sex and the City. It played up the money/mansion/miniskirt side of the story, with a Girl Power, find-your-BFF moral. Gwyneth Paltrow’s 1996 Emma was a thoroughbred, so casually blessed by circumstances and genetics that she could have been the poster girl for 19th-century Goop. Everyone in the mid-1990s wanted it all, which is what Emma had. Problem was, she made everyone around her look slightly ridiculous.

The latest Emma, opening in Canada on Feb. 28, is a millennial – in the best possible sense. As Jane Austen wrote, she’s handsome, clever and rich, but also restless, underemployed and skeptical of love. There’s an ill-timed nosebleed that is the very definition of #awkward. Like its titular 20-year-old, the film may be a touch fond of itself here and there. But there is redemption in the end.

When Emma was published in 1815, Austen declared her a heroine that possibly only she could love. The trio of women behind this film understand what that means – that Emma is a woman in full, with faults and strengths and possibilities. It’s a modern interpretation but also a timeless one.

The Canada-born, New Zealand-raised screenwriter Eleanor Catton is also a novelist. When her second book, The Luminaries, won the Man Booker Prize in 2013, she was 28, the youngest-ever recipient. She highlights Emma’s precocious intelligence and her dislike of being underestimated. Catton doesn’t shy away from Emma’s occasional meanness, but she shows us where it comes from – a combination of yearning and boredom – allowing us to empathize.

The director, Autumn de Wilde, was born in Woodstock, N.Y., in 1970. Her father, Jerry de Wilde, photographed Jimi Hendrix and the stars of the Monterey Pop Festival. Autumn de Wilde also photographs musicians, shooting CD covers, videos and concert documentaries for the likes of the White Stripes, Elliott Smith and Arcade Fire. Emma is her feature directorial debut, and you will no doubt detect the influence of Wes Anderson and Sofia Coppola in her deadpan framing and her production design, with its palette of macaron-ready pastels.

The English-American star, Anya Taylor-Joy, was already commanding at 18 in The Witch (2015). Her face has a porcelain-doll symmetry, down to the way her peaked hairline echoes her Cupid’s-bow lips. Her Emma enjoys her beauty, but she’s also trapped in it. So when her lifelong friend and future suitor George Knightley (the actor/musician Johnny Flynn) tells her that her “vanity lies a different way,” it rings true.

Catton and de Wilde keep Austen’s story intact yet also inject timeliness the way Greta Gerwig did with Little Women. Emma has a rare privilege: She is already the mistress of her own house. (Her mother is dead, and her father – Bill Nighy, having a ball – is the perfect combination of doting and unconcerned.) With no need to marry and little to do, she turns her attention to making matches for acquaintances. But with Harriet Smith (Mia Goth), a student without family or means, Emma’s desire for amusement gets in the way of her friend’s needs. Eventually she learns that money and love aren’t matters with which to trifle.

Emma is such a complete character that those around her often pale, but de Wilde’s casting is downright vivacious. She introduces us to Knightley with a scene of equal-opportunity male nudity, and she also throws him to the floor in a swoon of love. Goth’s Harriet toggles between wan and radiantly beautiful, as if her inner life were visible on her skin. The comedic actress Miranda Hart (Melissa McCarthy’s sidekick in Spy) gives Miss Bates, the object of Emma’s meanest remarks, a poignant self-awareness.

And you may recognize Connor Swindells, who plays Mr. Martin, Harriet’s true love, from the series Sex Education. In both roles, he does little more than stand and stare. But he imbues his stand/stare with so many layers – on Sex Education, he’s defiant but rueful and trying to improve; here he’s lovestruck and wounded but forgiving – that he practically invents a new category of acting.

The only characters de Wilde hasn’t been able to enliven are Emma’s foils: Frank Churchill (Callum Turner), to whom she’s supposed to be in thrall; and Jane Fairfax (Amber Anderson), of whom she’s supposed to feel jealous. But that’s because Emma doesn’t need foils. She’s her own foil. And despite the inevitable, tidy happy ending, she’s also her own salvation.

Emma opens at theatres across Canada on Feb. 28. 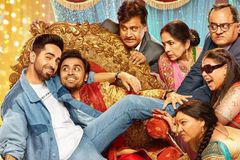 Film Review
The Lodge is a spartan, psychological horror film that burns as slowly and richly as a $500 candle
Subscriber content
February 20, 2020 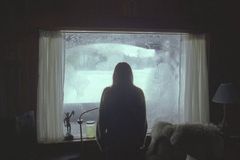 Film Review
The Call of the Wild is a serviceable update of a familiar story
February 20, 2020 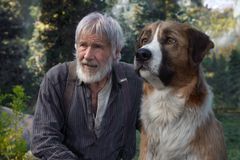