It’s not personal, we’re told repeatedly throughout Francis Ford Coppola’s Godfather trilogy. It’s strictly business. For movie studio Paramount, that Corleone family maxim might have held true. But the long, complex, and sometimes tortured saga of adapting Mario Puzo’s novel for the screen was always a deeply intimate and personal journey for its director. And now, Coppola is finally getting his last word on the series.

Arriving Dec. 8 and bearing the unwieldy title of The Godfather, Coda: The Death of Michael Corleone, Coppola’s “original vision” for his series capper, re-edited and restored frame-by-frame, attempts to rewrite the property’s entire legacy. Which is no easy task, given that the 1990 version of The Godfather: Part III was such a disappointment that even the most hardened Coppola apologists politely refuse to acknowledge that the franchise made it past Fredo’s murder in Part II.

Thanks to some skillful, nuanced editing – and the forgiveness of time that comes with three decades – Coppola’s experiment is an offer you (sorry) can’t refuse. Mostly.

Upon its initial release, critics and audiences were quick to seize on Part III’s biggest blunder: the casting of Coppola’s daughter, Sofia, as Mary, who was so critical to the relationship between aging don Michael (Al Pacino) and insurgent hothead Vincent Mancini (Andy Garcia) that much of the film’s tension rested on the young, inexperienced actress’s shoulders. With the benefit of retrospection, the young Coppola was unfairly targeted – she was a teenager while filming, and I can’t imagine it would have been easy taking direction from your father while surrounded by the most beloved actors of a generation.

All that said, yeah: she was bad. Her line readings were stiff, her chemistry with Garcia non-existent, and her facial language limited to one directive: pout. Don’t cry for her, though, she ended up doing fine.

And Part III had other problems, too. Its mob plot involved not only rival gangsters, corporate Europe, the Vatican Bank, and the real-life death of Pope John Paul I. As much energy as Garcia put into his role, Mancini was no Sunny, let alone Fredo. Robert Duvall’s Tom Hagen was written out, thanks to Paramount refusing to meet his pay demand. And the reconciliation narrative dangled between Michael and Diane Keaton’s Kay was unintentionally awkward and unearned. But hey, Talia Shire’s Connie was still around, and so was Richard Bright’s right-hand man Al Neri. Plus there were at least two all-timer set-pieces: the helicopter ambush in Atlantic City and the bloodbath set during a performance of Cavalleria rusticana.

It wasn’t worthless. But stacked against the tremendous achievements of the first two films, it was closer in spirit to another Puzo adaptation: CBS’s The Last Don, starring not Marlon Brando but Danny Aiello. (Sorry, Danny.)

Amusingly, the two most noticeable changes that Coppola makes in The Godfather, Coda – a new beginning and ending – don’t ultimately make that large a difference. Instead of opening at the abandoned remains of the Corleones' Lake Tahoe estate, and then cutting immediately to Michael’s papal order induction ceremony in Manhattan, Coda kicks off trying to untangle the knotty Vatican plot, with Archbishop Gilday (Donal Donnelly) explaining the Church’s need for Corleone cash. In theory, this helps simplify the film’s sometimes confusing, always messy conspiracy, but it doesn’t carry the same full-circle power as seeing the Tahoe compound rot before our eyes. Coda’s ending, meanwhile, is closer to what Part III offered – spoiler alert: the title gives things away – though slightly more poetic.

Instead, it is the many tiny, almost imperceptible adjustments that Coppola makes throughout the film that torque the film just that closer to greatness.

Eleven minutes shorter than the original, Coda generally streamlines the film to give further weight to the twin forces tearing Michael apart: his overwhelming sense of guilt over Fredo, and his inexhaustible desire to smite his enemies. There is a little less of Sofia – alas, that gnochhi-making scene between her and Garcia remains – but this is not some belated capitulation to calls for the actress’s head. It is more life by a thousand different cuts.

Or maybe it’s the fact that a big, expensive, star-laden production like The Godfather stands out today because, as the first film’s cantankerous Hollywood character Jack Woltz might say, they just don’t make 'em like this any more. Just when you thought you were out, Coppola pulls you back in.

The Godfather, Coda: The Death of Michael Corleone will be released in select theatres Dec. 4; it will be available digitally on-demand and Blu-ray starting Dec. 8 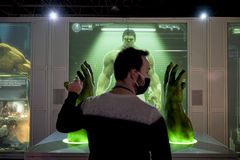 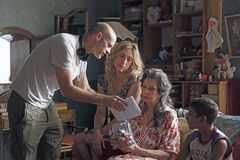