Underwater has all the signs of what should be an awful movie. Shot in 2017, the film took years to release and was dumped at the beginning of January, when the worst movies usually come out. Not to mention, between the time the film was shot and its release, star T.J. Miller saw his reputation reduced to shambles with charges related to a fake bomb threat, alleged workplace misconduct and sexual-assault allegations. The whole production reeks of messiness.

The film takes place in a drilling site in the deepest part of the ocean. Which ocean? Doesn’t matter. Why are they drilling? It’s not clear. Although, it’s definitely mentioned in the first minute or so of the film, which reveals a backstory in the form of rapidly flashing headlines. All the audience needs to know is that a bunch of people are miles deep in the ocean looking for some type of energy source.

Starring Kristen Stewart as Norah Price, a mechanical engineer, the film immediately begins with a disaster. It’s a mission for survival as an earthquake damages most of the underwater drilling base. Led by Captain (Vincent Cassel), the crew’s only goal is reaching a safe location to get to the escape pods. Along the way, it’s disaster after disaster. But beyond mechanical failures and explosions, there are hints of sea monsters killing any survivors.

The premise is flimsy, like someone said, “Yeah, space is scary. But you know what’s even scarier? The deepest parts of the ocean.” And then added the background about drilling and energy to give a bunch of people a reason to be deep underwater. At one point, in an attempt at giving the film’s story a bit more depth, a research assistant hints that maybe the ocean is punishing them for drilling and stealing its resources. Yes, it’s definitely plausible.

Despite all this, at a certain point I felt myself getting increasingly more tense and invested in the outcome. From the moment the movie starts, until the very end it’s pure action and danger. Norah, a woman with no backstory beyond looking wistfully at a photo of her fiancé, somehow transforms into the believable leader of her small group. She’s empathetic and encouraging and just wants everyone to be okay.

Most surprisingly, the monsters were legitimately kind of scary. Director William Eubank exposes just enough to make you wonder what the things are until the full reveal. But most importantly, the film makes the ocean feel as scary as any space movie manages to make space feel scary. Being trapped in the unknown with a bunch of monsters but still being on Earth feels terrifying.

Slowly, the film builds itself into becoming a real survivor’s tale. It’s awfully predictable at times, but still fun, and some moments are genuinely surprising. It doesn’t matter that it’s not that deep or even that much of it doesn’t make sense – it’s an action thriller that’s effective and never boring, which is the most you can ask for in January.

Film Review
Tiffany Haddish should be treated like a boss, yet her new comedy deserves to be fired
January 9, 2020 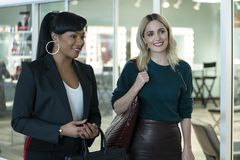 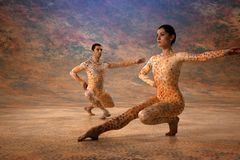 How Just Mercy’s Rob Morgan stole the show from Michael B. Jordan and Jamie Foxx, and why he suffers from 'awards PTSD’ Subscriber content
January 9, 2020