Sometimes a movie invites you into an emotional journey and you come out of the theatre changed. And sometimes you involuntarily tear up because that’s on the menu. Last Christmas does little to upend holiday-movie conventions – instead, everything on the turkey-season wish list is here, including a showdown at a family meal.

Based on a story by Emma Thompson and husband Greg Wise and directed by Paul Feig (Spy, Bridesmaids), Last Christmas is a jukebox-musical holiday movie that’s named for (and loosely plotted around) one of the George Michael hits it deploys in key moments – sometimes instead of emotional texture, sometimes as punchline. Wake Me Up Before You Go-Go after oversleeping, Faith for the restored-confidence scene and Freedom for the redemption montage. Although arguably, the most inspired musical cue isn’t even from Michael – it’s Roland Gift’s refrain of She Drives Me Crazy, our heroine’s custom ringtone for her overbearing mother.

The movie opens in the former Yugoslavia in 1999, where young Katarina leads a choral arrangement of George Michael’s Heal the Pain. It picks up again in London during the first Christmas season after the Brexit referendum, Katarina and her family having since fled the Balkans. Katarina is now aspiring actress Kate (Emilia Clarke), who doesn’t earn enough in her retail job to have an apartment. A recent illness has put her in a tailspin, and she’s estranged from her family, so she couch-surfs with friends and hook-ups until her dissolute ways finally alienate them all. (Clarke, however, is so radiantly charismatic that you can understand why they all forgive her.)

New friend Tom (Henry Golding) helps Kate out of her funk. At first he’s just a friendly guy who hits on her at Yuletide Wonderful, the holiday shop where she works year-round (attired as an elf). She initially shoos him away, but after a series of so-charming quirky excursions, like a dead-of-night ice-skating lesson and a secret garden walk, she decides he’s a Christmas prince charming. She clearly hasn’t noticed that Golding’s Tom is peculiarly blank and guileless or that he seems to have just the one Uniqlo outfit, and she figures they must be soulmates. Naturally, this is when he starts ghosting her.

But not before she starts volunteering at the local shelter where Tom apparently works and becomes grateful that, unlike so many others, she has a home to go back to. More A Christmas Carol than a Christmas rom-com (but just as corny), the London setting will invite comparisons to other critically panned but popularly beloved, now-classic contemporary Christmas movies. Even if the Bittersweet And Very British Emma Thompson Holiday Movie you watch religiously every year is the other one (Peter’s Friends), and Last Christmas has fewer memorably meme-able moments, there’s a lot in this movie to like if not love, actually.

There’s the parade of cameos, from Patti LuPone as a nativity-obsessed customer to Peter Serafinowicz and Rob Delaney as a theatre producer and director who heckle Kate during her audition. Add to that the affectionate critique of atrocious, nonsensical Christmas kitsch, stocked here by Santa (Michelle Yeoh), who loves Christmas “more than taste or sanity.”

All this while making points about xenophobia, assimilation and people changing their perspective during the holidays. It’s a riff on the mix of gallows humour, social commentary and heartwarming uplift perfected by Frank Capra. Thompson adds in plenty of pleasantly odd and funny bits (one customer asks, “Do you have anything … dissimilar”) and throwaway skits between beat cops are a reminder that before working with Wham!’s hit holiday earworm or the Jane Austen material that earned Thompson her best-screenplay Oscar, she was a writer on short-lived sketch show Alfresco and is brilliant at improv.

Another of the movie’s pleasures is that it’s shot on location in contemporary London at Christmas time, with its hidden community gardens and arcades strung with fairy lights. Most of Kate and Tom’s outings take place at night in the twinkling, enchanted pedestrian streets that surround Covent Garden, with historic Victorian shopfronts and the antiquarian-booksellers’ row of Cecil Court. It’s a modern Dickensian delight.

The movie’s promised twist is obvious to anyone with even a passing knowledge of the titular hit lyrics and verges on the queasy, but I still won’t spoil it here. As Tom takes our stereotypically feckless, inconsiderate and entitled heroine on a redemptive journey – think Bill Murray in Scrooged by way of Mister Rogers’ Neighborhood – Last Christmas succeeds in its particulars, and in those moments, it’s a delight. Which is good because you’ve got to have faith to push through the central literal contrivance and the treacly third act, which even by Hallmark Channel standards is cloying in its exhortation to goodness, community caring and random acts of kindness. Even so, this familiar and formulaic holiday tale has its pleasures, unless your name is Ebenezer – and in the end, even he was mollified. 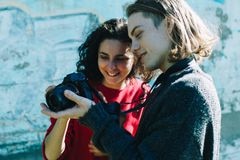 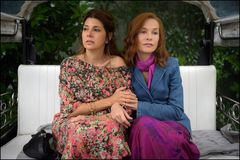 Film Review
John Cena is Playing with Fire, and it’s the audience who gets burnt to a cinder
November 7, 2019 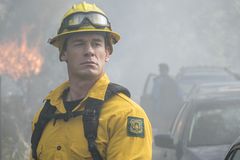