The first time that Matt Damon and Ben Affleck wrote a film together it resulted in two Academy Awards, a pair of skyrocketing careers and a whole lot of jokes about how we do or do not like ‘dem apples. So then, what to expect with the release of the pair’s second collaboration, The Last Duel, nearly a quarter-century later? I’m guessing that the reaction will be far more problematic, and far more interesting, but with a lot fewer Boston-accented fruit jokes.

Loosely adapting Eric Jager’s non-fiction book of the same name, The Last Duel dissects the events leading up to France’s last officially sanctioned battle-to-the-death, which took place in 1386. The combatants: headstrong knight Jean de Carrouges (Damon), who challenges his former friend and squire Jacques Le Gris (Adam Driver) to combat after de Carrouges’ wife, Marguerite (Jodie Comer), accuses Le Gris of rape. The idea being that God will favour whichever fighter is on the side of truth. Presiding over the contention is Count Pierre d’Alençon (Affleck), who is close to Le Gris and thinks little of the fact that, should de Carrouges lose, Marguerite will be burned alive for her divinely judged false testimony.

The film finds many of its players squarely in their comfort zones. Director Ridley Scott gets to make another muddy and bloody medieval epic, not dissimilar to his under-loved 2005 drama Kingdom of Heaven, or his 2000 megahit Gladiator. (Hell, Scott even began his career with 1977′s The Duellists, though that film is set about 400 years after, and made with many millions of dollars less, than The Last Duel.) Driver gets to play another oft-shirtless wild card. And Comer, who consistently one-ups the brutes around her on BBC’s Killing Eve, again gets to play a woman who fights mightily against her preconceived role as the disposable plaything of powerful men.

Damon and Affleck, though, find themselves charting completely new territory. Nothing in their careers behind or in front of the camera suggests they’re the best hands to balance battlefield action, religious inquisition, large-beat character drama, historical misogyny and the horrific dimensions of survivor trauma – all while ensuring that the result is both big-budget palatable and drained of easy exploitation. Evidently realizing that they were out of their depth, the pair enlisted indie filmmaker Nicole Holofcener (Lovely & Amazing, Please Give) to broaden the story from a fight between two very angry men into a compelling exploration of a woman’s struggle to survive the toxic world surrounding her.

The result is a three-chapter narrative – the first two handled by Damon and Affleck, the third by Holofcener – that acts like a he said/he said/she said riff on Rashomon (or, if we’re speaking Affleck-ese, Gone Girl). Chapter One tells the story from the perspective of de Carrouges, who views himself as a noble husband and protector: a man who’d delight in dying for either his family’s honour or for his country, whichever came first. The second part focuses on Le Gris, and contains much of the film’s surprising comedy (thanks to his friendship with Affleck’s Hugh Hefner-like Pierre) before slithering into unblinking darkness. And the third section recontextualizes the entire story from Marguerite’s eyes, revealing an era in which honour is, ultimately, a cruel farce.

Pieced together, and the result is not exactly subtle. Indeed, for a film that is ostensibly concerned with how nuance is easily and eagerly avoided by those who need to recognize it the most, a great deal of The Last Duel is as blunt as the pointy end of a sword. A game can be played every time that de Carrouges or Le Gris call each other “my friend.” A decidedly bleaker one, meanwhile, can be had as to how long any viewer might stomach prolonged scenes of sexual assault. And there ought to be a fourth chapter of the film – to be included on the DVD extras, surely – tallying how many anachronisms Scott, Damon, Affleck and Holofcener crammed into 14th-century France, the common usage of the word “rape” being chief among them. (We can talk about the wildly different accents then, too.)

Yet the film is never uninteresting, and Scott’s A-level craftsmanship is significantly aided by a trio of lead performances that are welcome reminders of what genuine movie stars can do when they’re not squeezed into CGI spandex. Supporting player Affleck, too, deserves special recognition for abandoning the role of Le Gris to instead play Pierre, a tyrant who seems perpetually exhausted, or maybe just bemused in a lip-smacking way, by the moral formalities of his time. The cast even transcends the terrible hair styles they’ve all been outfitted with, most notably Damon’s medieval mullet (though Affleck’s beach-blond ‘do and cute lil chin-beard get a special shout-out).

By the time Marguerite’s chapter concludes, laying bare the wrenching source of the story’s tensions, The Last Duel will have you in the palm of its calloused hand, whether you like it or not. It is as ambitious and memorable and impressively messy a storytelling experiment as major-studio films come these days. 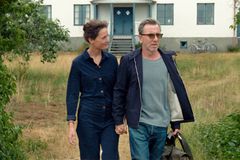 Film Review
School-shooting drama Mass is an extraordinarily serious movie, but not a searing one
October 11, 2021 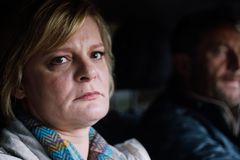 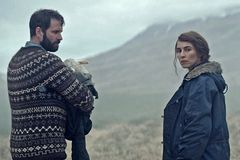