There are many ways to describe Spice It Up, the new comedy co-directed by Calvin Thomas and brothers Yonah and Lev Lewis. All of them probably wrong.

Which is exactly what I wrote, word for word, this past September, when I covered the film’s premiere at the 2018 Vancouver International Film Festival. Normally, I abhor plagiarizing anyone, let alone myself. But given that Spice It Up is its own bizarre and compelling act of self-plagiarism, I think that stealing a sentence or two from myself is permissible.

Consider the conceit of Thomas and the Lewises’ work, which is like an especially Canadian matryoshka doll (another line I couldn’t resist lifting from my year-ago self): Back in 2013, the trio filmed an odd little comedy about seven peppy high-school girls applying for the Canadian Armed Forces, titling it Spice It Up. The production was mostly a lark – something fast, loose and extremely cheap (about $5,000) that the filmmakers used to shake off their previous project, the intense 2013 drama The Oxbow Cure. They shot the film on GoPros to add a surreal and cost-effective aesthetic, and then decided that … well, that there was nothing they could do with it. Flash-forward a few years later, though, and the filmmakers decided that Spice It Up was worth saving from the digital shelf. The solution? Layers upon layers upon layers.

Today, Spice It Up 2.0 stands as a delightfully unusual act of cinematic recycling, with the directors turning their original schoolgirl production into the fictional thesis film of a Toronto student named Rene (Jennifer Hardy). The meta-ness doesn’t end there, either. Rene is clearly infatuated with “her” version of Spice It Up – just as Thomas and the Lewises’ must have once been – but finds her artistic ambitions constantly deflated by everyone in her orbit, all of whom are played by the familiar faces of Canada’s micro-budget film scene (including film critic Adam Nayman as a hilariously dismissive professor). Think, as I did last year, of Adaptation meets Bring It On meets a very Canadian version of It’s a Mad, Mad, Mad, Mad World.

If that sounds like a niche-y mess, then you’re not entirely wrong. Spice It Up’s film-within-a-film is, at the very least, challenging in its poker-faced absurdity. And those audiences who are unaware of the production’s back story – or those who have never heard of the similar idea explored in Erik Anderson’s My Thesis Film, i.e., most everyone – might be perplexed to the point of teary frustration. But there is something universal in how the film explores the pitfalls of the creative process, and with a sly self-awareness that so many young filmmakers lack. (“Movies need to have, you know, narrative drive, momentum, clarity, story and character,” one of Rene’s professors, played by filmmaker Albert Shin, says midway through the film. “So this is … lacking in some of those things.”) And if there was ever a profound lesson on how to reuse your own work for a greater cause, this is it.

Finally, I can 100-per-cent guarantee you have never seen a film like Spice It Up – because those are the same words that I wrote last time around.

Spice It Up opens Aug. 16 at the TIFF Lightbox in Toronto (tiff.net). 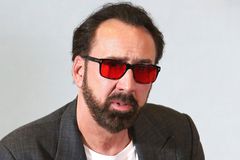 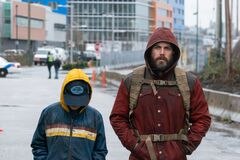 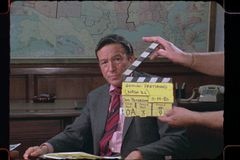