Most parents will get the appeal of a Yes Day. Even though it sounds bananas. Twenty-four hours where the kids get to make the rules? It’s like a mental teeter-totter between, “Heck yeah!” and, “Heck no!” No one likes to be the fun police, but you do need – for the most part – to be the sensible ones when you’re parenting. Right? Wait. Am I right? I am? Okay, phew.

My sense is that many families will tune in to Yes Day on March 12, when the Torres family and their period of unlimited fun will be introduced to Netflix viewers. (Especially in Ontario, where the pandemic has shifted March break into April, the movie might seem like the mental get-away that parents – and kids, I guess – need.) But while the movie did occasionally draw smiles from my two preteens, it didn’t quite deliver the escape into fantasy that I was looking for.

If you haven’t already guessed the story, here goes. Allison (Jennifer Garner) and Carlos (Edgar Ramirez) find themselves constantly saying no to their kids and co-workers respectively. But the couple used to say yes to all sorts of fun things – before they had kids. Now, Carlos is the bad guy at work, and inevitably Allison ends up being the bad guy at home. The constant negativity is weighing down on her. Her three kids, Katie (Jenna Ortega), Nando (Julian Lerner) and Ellie (Everly Carganilla), are adorable but constantly test her patience when questioning her rules.

When the Torres parents hear about Yes Day, Allison is curious. On the one hand, she’s the practical parent. On the other hand, she remembers her former footloose self. Then Katie, who as a 14-year-old is craving some independence, calls her parents out as fun-killers. You see Allison’s jaw set. (It took me back to Garner’s CIA agent Sydney Bristow butt-kicking days on Alias.) “Oh, it’s so on,” you can hear Allison say in her head.

Allison leads the charge on the family’s Yes Day, gamely taking on every challenge the kids throw at her and Carlos. Watercolour makeover? You got it. A carwash with the windows down? Pshaw. Amateurs. The kids’ mystery plans lead up to a grand finale, and Allison is almost giddy to find out what it is.

The tension in this wholesome scenario comes from Allison and Katie’s evolving relationship. It was only two years ago that Katie was happy to have mom go everywhere with her, including a concert. Now, Katie wants to do things on her own. But Allison is concerned that Katie isn’t quite prepared for the real world. So Yes Day also involves a bet between the mother and daughter. Then there’s the mini-drama going on between Allison and Carlos over their parental roles, which has in part to do with the gender divide.

In some ways, the casting of Garner is genius. You don’t have to be that attuned to pop culture to be aware that she’s known for being a great mom, a nice person and super fit. She’s been talking about Yes Day for years, even taking on the challenge on the Ellen show in 2018 to raise money for charity.

While Garner did seem to be giving it her best in the movie, the scripted tasks didn’t ask that much of her. Ultimately, Yes Day doesn’t commit to either being a full-out family fun movie or a family drama. The Torres kids’ shenanigans at the end didn’t draw a gasp out of my own family. I was mildly amused; my kids firmly understood this was total fiction and sort of giggled.

The movie also attempts a bit of bilingualism, with Carlos occasionally speaking in Spanish, and some fleeting Spanish phrases from Allison and Katie. But unlike a series such as say, Jane the Virgin, it doesn’t fully embrace it. I didn’t understand the rhythm of the Torres’ bilingualism, which feels like a superficial add-on versus a lived reality.

When the credits started rolling, there were no demands for our version of a Yes Day from my kids. I can’t decide whether I’m happy or disappointed about that.

Yes Day is available to stream on Netflix starting March 12 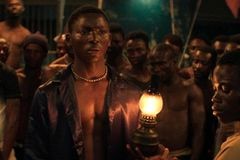 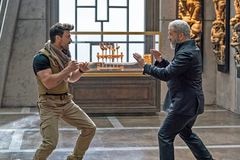 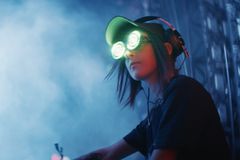