For those who have never ripped through Daphne du Maurier’s still-bestselling 1938 gothic novel, or who have never seen Alfred Hitchcock’s 1940 adaptation, the only one of Hitch’s movies to ever win Best Picture at the Academy Awards, then maybe Wheatley’s new version would be of interest. It has very pretty people (Armie Hammer, Lily James) wandering around very pretty rooms engaging in not-so-pretty behaviour: jealousy, rage, depression, maybe even murder.

I could see how young Netflix audiences might be directed to the film after a binge of Riverdale. And if watching this new, shinier, sexier Rebecca leads them to discover the property’s, er, story’s history, then all the better. (Although they’ll have to leave the cozy environs of the Netflix homepage to do so; Hitchcock’s film isn’t available to stream anywhere in Canada, not counting a so-so copy currently up on YouTube.)

For everyone else, there is little incentive to make the trip back to Manderley, the baroque ancestral mansion of du Maurier’s central de Winter clan. It is here, in seaside Cornwall, where the wealthy aristocrat widower Maxim (Hammer) whisks away his blushing new bride, the first-name-less Mrs. de Winter (Lily James), after a whirlwind courtship in Monte Carlo. At first, the new Mrs. de Winter is ecstatic over the charmed world that she’s lucked into: a house full of treasures, a staff of dozens to take care of her every whim, charming new high-society friends and a dashing husband who promises her the world. Yet it is not long before the shadow of Maxim’s first wife Rebecca casts itself over Manderley, and a love story becomes a psychodrama. Or more a haunted-house tale, with the supernatural substituted for something far more terrifying: the past.

Certainly, Netflix poured many millions into making Manderley as magnificent as du Maurier herself once imagined, with each room a sumptuous wonder of fabulous, frozen-in-time wealth. The set design is so immaculate and ornate and museum-quality delicate that Wheatley gets lost in the rooms of his own re-creation, favouring One Perfect Shot-ready images over such apparently trivial elements as character and performance. It is a beautiful movie only on its surface. Scratch it slightly, and there are smudges everywhere.

The decision to put Rebecca 2.0 in Wheatley’s hands was puzzling when it was first announced in 2018, and remains so after the final product’s end credits roll. The British director is a polarizing figure in film-critic circles, his affinity for bathing genre in blood and irony either repelling those who find him a trash-diving shock barker, or acolytes who see him as a lovable chaos artist. I’ll go on record through the easy-route cop-out: the man can be both a visionary and a mediocrity, as evidenced by the frighteningly good features Kill List, A Field in England and High-Rise, but also his shockingly inert shoot-'em-up Free Fire.

But Ben Wheatley’s Rebecca? Perhaps a truly Wheatley-fied interpretation of du Maurier’s work would fascinate, in a morbid-curiosity fashion: gothic psychodrama taken to uncomfortable, wild extremes. Portishead could rework Franz Waxman’s original score. Maxim could have a head office in a slaughterhouse. I dunno, people, I’m trying. But the Rebecca that came to be is a half-formed thing: baggier, shapeless and rather silly.

Big and broad seem to be the directions that Hammer, James and the rest of the cast were offered. While a committed James manages to anchor her Mrs. de Winter in an effectively unsettling perma-state of inadequate anxiety, she’s still forced to react to the look-at-me antics of those around her. This includes Wheatley’s Free Fire star Hammer, who chooses a bug-eyed approach in his bid to live up to original Maxim actor Laurence Olivier, and a practically hissing Kristin Scott Thomas, who treats her role as the Manderley’s chief caretaker as half-homage to Judith Anderson, the 1940s Mrs. Danvers, and half-cosplay of Lesley Manville’s performance in Phantom Thread.

The reality of a 2020 Rebecca isn’t all bad, though. It did, for instance, lead me and my fiancée to enjoy a spirited game of Guess the Next Line (she won by predicting that the question “Was Rebecca beautiful?” would be followed immediately by the reply, “She was the most beautiful creature I’ve ever seen”). And we were inspired by James’s efforts to learn a lot about the colourful personal history of Hitchcock’s original heroine, Joan Fontaine. (Which: yikes.) Just don’t make me dream of Manderley again.

Rebecca is available to stream on Netflix starting Oct. 21 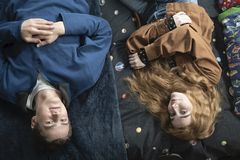 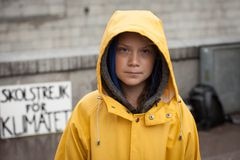