In 1977, sci-fi author Philip K. Dick delivered a speech to his fans that neatly reorganized their brains: “We are living in a computer-programmed reality.” Dick’s theory had its roots in everything from the Hindu concept of Maya to Plato’s Allegory of the Cave to the 17th-century writings of philosopher René Descartes, and would be rocket-fuelled a half-decade later by the Wachowski siblings’ landmark 1999 film/existentialist tract, The Matrix. (Oh, and Elon Musk likes to go on about it, too.)

It is tempting and even a bit comforting, isn’t it, to think that the world we’re living is an illusion – that we are the playthings of some unknown force? Especially in 2021, when so much of our lives feels out of our control. Which is perhaps what explains the glitch in our current reality that sees this week deliver not one but two films focused on “simulation theory”: Rodney Ascher’s documentary A Glitch in the Matrix and Mike Cahill’s sci-fi drama Bliss. Shame, though, that whoever/whatever is programming our universe decided to make both movies so disappointing. Albeit in wildly different ways.

Ascher’s doc is the more worthwhile of the pair. Opening with grainy footage of Dick’s 1977 speech and then slowly building evidence in favour of simulation theory, the film is absolutely jammed with curious ideas and wild hypotheses. In addition to dissecting clips from The Matrix (and other Dick-ensian cinema such as The Thirteenth Floor and Dark City), Ascher explores everything from the hypnotic video-game world of Minecraft to the chilling legalese known as the Matrix Defense to the Mandela Effect phenomenon (which happened to already be covered in a deeper, more poetic fashion on HBO’s How to with John Wilson late last year).

It is a lot, and Ascher only has so many stylistic tricks up his sleeve – including a unique, if eventually exhausting, spin on talking-head Zoom footage – to delay the sheer weight of his subject matter from crushing his film into multiverse-ready dust. In his 2012 documentary Room 237, which explored the fan theories surrounding Stanley Kubrick’s The Shining, Ascher found the sweet spot between rabbit-hole obsession and shovel-ready skepticism. Here, he can’t seem to separate the dirt from the spade.

Compared with Cahill’s Bliss, though, Ascher’s film is a triumph. Completely miscast, egregiously plotted and ludicrous in absolutely every single other way, Bliss is a true cinematic disasterpiece.

A Mad TV version of Vanilla Sky, Cahill’s film follows the split life of office drone Greg (Owen Wilson). Over the course of one discombobulating day, Greg gets fired, accidentally kills his boss and meets a mysterious homeless woman named Isabel (Salma Hayek) who convinces him that their world is a computer simulation. Or maybe it is the other way around, and the reality that Isabel pulls Greg out of, thanks to something called a “brain box,” is in fact the simulation. Oh, and Bill Nye the Science Guy is here, too, maybe playing himself but who knows/cares.

The whys and wherefores of Cahill’s two-universe narrative make no difference, as whatever storytelling and philosophical ambitions the writer-director had in mind are derailed by an assaultive, head-slapping whaaaaaat-was-he-thinking???? execution. Bliss’s characters are cartoons, its tone maddeningly uneven, and its world(s)-building non-existent.

Wilson gamely attempts to transfer his familiar aw-shucks charm into Greg’s constant state of mind-blown naiveté, but the actor can only do so much when tasked with uttering lines such as, “What’s with all the ghost people?” with a straight face. Hayek is no-excuses terrible, turning both versions of Isabel – a screeching drug addict in one world, a must-be-brilliant-because-she-wears-a-lab-coat scientist in the other – into howl-worthy atrocities.

Still, I can’t help but half-recommend Bliss. It is one of the most confounding best-worst movies I’ll likely see in my life. Or whatever version of life this happens to be. 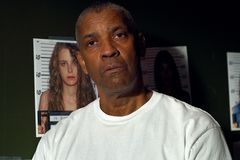 Film Review
Netflix’s family drama Penguin Bloom is not the 30 Rock parody movie that it appears to be
January 28, 2021 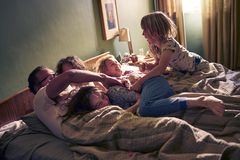