Subtlety isn’t cool. Spitting in someone’s face with the intensity of a jack-hammer for 132 minutes – now that’s cool.

This is just one of the many lessons I learned while watching Vice, writer-director Adam McKay’s furious, hectoring and condescending film about the life and legacy of former U.S. veep Dick Cheney. (Just kidding: it’s the only lesson.)

A few quick points of clarification: This review isn’t intended as a conservative-minded rebuke to McKay’s notion that Cheney is one of the great villains of the 21st century. I believe that my politics align with McKay’s, and to my mind the legacy of Cheney – from the boardroom of Halliburton to the Oval Office – is horrendous. Indeed, when news surfaced that McKay would be looking at Cheney and his various misdeeds, I was thrilled. If there was any filmmaker equipped to provide an antidote to the current misguided wave of Bush-Cheney nostalgia, it was McKay.

Somewhere between his surreal 2008 masterpiece Step Brothers and his #Occupy-flavoured 2010 comedy The Other Guys, which ended with a series of animated charts detailing the various crimes of capitalism, McKay became revolutionized. The swerve from the silly to the weighty may have been unexpected, were you to judge McKay strictly by his work on Saturday Night Live (where he was head writer) or his demented comedies like Anchorman (in which a man is killed by a trident). By the time he delivered 2015′s financial crisis satire The Big Short, though, it was clear that McKay’s gonzo sensibilities were equally suited to deconstructing complex and world-changing issues. One eye trained on history, the other on absurdity.

Plus, with Vice, there was the hope that the director might cast longtime collaborator Will Ferrell as George W. Bush; a near-certainty given McKay directed Ferrell as Dubya on Broadway a few years back. Delightfully weird, sounds great, go for it!

Well, Vice dashes that Ferrell dream (Sam Rockwell does a decent W. dummy instead) and several others in the process. The film, which is amusingly up for six Golden Globes, including best picture, is a crushing disappointment on almost every level. It is a maddening example of what happens when a filmmaker uses well-intentioned anger in all the wrong ways, to the point where any salient argument is lost in a tornado of spittle and bile.

Like The Big Short, Vice busts through the fourth wall in classic Kool-Aid Man fashion, eager to directly inform its audience how history really went down. But whereas McKay’s 2015 film dissected a highly specific, deliberately perplexing landscape (“Mortgage-backed securities. Subprime loans. Tranches. It’s pretty confusing, right? Does it make you feel bored? Or stupid? Well, it’s supposed to,” Ryan Gosling’s character says to the camera at one point), Vice tackles the basic functions of the U.S. federal government. Washington may not be the most transparent environment, but it’s also not the mysterious, unknowable force that only McKay can decode. Quite frequently, Vice feels one step away from splicing in Schoolhouse Rock’s “How a Bill Becomes a Law” over and over.

The talking-down style that McKay employs here – via two narrators, one an everyman played by Jesse Plemons and the other Naomi Watts’s cable-news anchor – is not only grating, but patronizing and insulting in a way that The Big Short deftly avoided. Very quickly, McKay’s insistence on underlining everything in magic marker repels.

How dumb does Vice think you are? For starters, it assumes audiences have never heard even a mild critique of Fox News (it might be biased!), don’t know who recently served on the U.S. Supreme Court (the presence of Antonin Scalia is treated like an M. Night Shyamalan-worthy twist), or aren’t familiar with the basics of George W.'s persona (“He’s just seeking his father’s approval!” a voice-over helpfully tells us). And just in case you don’t get McKay’s point, one of the film’s final images is a long, unbroken shot of Cheney’s literal dark and diseased heart.

McKay’s tiresome tactics and mentality – he’s the smartest person in a room built by idiots – produces not a film but a long series of tell-don’t-show moments. This is all the more puzzling given that Vice could only have been made for like-minded liberals (there’s no way anyone a millimetre to the right is going to see it). Does McKay think he’s the only one among his left-leaning brethren who knows The Truth?

There are a few moments when McKay’s gambles land, including a mid-film “end credits” gag that imagines a world where Cheney never becomes vice-president, and a scene between Dick and wife Lynne spoken entirely in Shakespearean iambic pentameter. (Although even that latter trick requires Plemons to gently prepare audiences for what’s to come: “It’s not like we can just imagine the conversation through a scene of fake Shakespeare ... or can we?”)

The cast is also impressive. As Cheney, McKay’s Big Short star Christian Bale disappears into the role, his deep and jowly drawl as unrecognizable to fans as his very real weight-gain. Amy Adams, as devoted Lynne, projects an insatiable thirst for power at every turn. And McKay’s old friend Steve Carell (Vice marks the pair’s fourth film together) delivers an intriguing, Michael Scott-as-a-rodent take on Cheney mentor Donald Rumsfeld.

Yet they’re all underserved and overtaxed by McKay’s neo-Oliver Stone tendencies and a screenplay that prefers proselytizing to characterization. When McKay was researching Vice, he pored through books on Cheney. Yet despite the wealth of material available – Barton Gellman’s Angler, Jane Mayer’s The Dark Side, Cheney’s autobiography In My Time – McKay has said in interviews that he learned “nothing about him.”

Audiences will have a similar reaction after enduring Vice. Cheney remains an enigma throughout, less a character than another anonymous object for McKay to smash in his cinematic rage room. 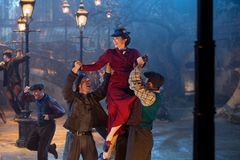 Film Review
Review: They Shall Not Grow Old features the best and most warranted use of 3-D today
Subscriber content
December 16, 2018 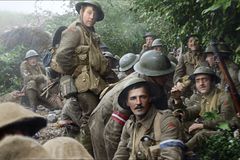 Film Review
Review: Clint Eastwood’s The Mule gets high on its own supply of nonsense
December 13, 2018 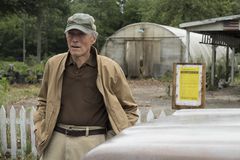