In 1978, Ron Stallworth, an undercover officer with the Colorado Springs Police Department, spied a small ad for the Ku Klux Klan in the newspaper, called the number provided and found himself talking to a local recruiter. Disguising himself as a rabid racist, he infiltrated the Klan just as it was trying to bolster its presence in his state and thwarted the group’s expansion plan. The kicker is that Stallworth was the first-ever black police officer in Colorado Springs, Colo.: He built relationships with Klan members over the phone, but had a white colleague stand in for him at meetings.

The surprising story of how Stallworth bested the KKK, which he recounts in his memoir Black Klansman and which is the inspiration for the new Spike Lee movie BlacKkKlansman, might just be a self-congratulatory trip back to less pluralist times if it weren’t for the grotesque revival of white supremacism now going on in the United States. Quoting everything from cheesy “blaxploitation” movies of the 1970s to footage of the white-nationalist rally in Charlottesville, Va., last summer, Lee is determined that his audience make the contemporary connection – often too determined in a bold, if sometimes preachy, film that is stylistically daring, improbably entertaining and politically supercharged.

Lee and a trio of screenwriters (Charlie Wachtel, David Rabinowitz and Kevin Willmott) have started with a heavily fictionalized version of Stallworth’s story. They turn a disparate group of police officers and Klansmen into a handful of well-defined characters, pump up a visit to Colorado Springs from KKK grand wizard David Duke by tossing in a bomb plot by rogue Klansmen and provide Stallworth with a romantic interest. She is Patrice Dumas, a student leader who brings civil-rights activist and black-power advocate Stokely Carmichael to town. Stallworth infiltrates that event to assess any threat of violence, meets Patrice and begins an undercover wooing that depends on her ignorance that he’s actually one of the “pigs.”

As he proudly pats his fashionable afro or widens his eyes in unspoken outrage, John David Washington is a delight in his many roles here, giving Stallworth poise, humour and just the right note of irony. Swallowing ridiculous prejudice from other officers or trying on racist banter with Duke over the phone, he winks at the audience occasionally, acknowledging a shared joke without breaking out of the drama. Paired with Adam Driver’s much straighter approach to the skeptical Flip Zimmerman, the Jewish officer who plays the white Stallworth at Klan meetings, and with Laura Harrier neatly capturing Patrice’s combination of idealism and efficiency, the leads achieve an impressive balance in a wide range of styles.

For Lee, a director in the age of Black Lives Matter, the activist Patrice provides a crucial counterweight to Stallworth’s decision to join the authorities. As the couple debates the merits of working for change from within rather than forcing change from without, the movie doesn’t take sides. Similarly, the director and his cast do an excellent job of portraying a range of characters and relationships in the town’s ragtag chapter of the Klan, creating a group that is both comically pathetic and genuinely scary. If these racists include a babbling idiot (Paul Walter Hauser) and a sputtering sociopath (Jasper Paakkonen), you also begin to feel mildly sorry for Walter (Ryan Eggold), their cool but frustrated leader.

The one false note in all this is the more overtly comic performance of Ashley Atkinson as the sociopath’s wife, the only woman in the group and a recruit pathetically eager to join the boys and kill some black people. Her wannabe quality is plausible enough, but her orgasmic glee seems to be missing the misplaced anger that actually fuels racial hatred.

Still, the range Lee covers here is audacious. There’s a scene toward the end of the film in which Stallworth and Patrice march down a corridor, guns drawn in a satire of blaxploitation action, only to find themselves confronted with the sight of a burning cross: Lee shifts from silly spoof to dramatic chill in a heartbeat. As an entertainment that milks its audience’s outrage against racism, BlacKkKlansman works exceedingly well.

But is it, in all this glorious mix, a movie for its time the way Lee’s classic Do the Right Thing spoke so effectively to the racial tensions of the 1980s? In the age of dog-whistle politics and fake news, the film’s mix of fact and fiction may pose an intellectual problem for even the most sympathetic viewers. (And, let’s face it, unsympathetic viewers aren’t likely to watch the film, although they may attack it sight unseen.)

At one point, discussing Klan plans to infiltrate political offices, a white character kindly reassures Stallworth that the United States will never elect a racist to the White House. There, Lee’s playful use of ironic hindsight is bitterly amusing. But as he alternates between a chilling description of what sounds like an actual historical lynching with the darkly comic bomb plot or concludes with real footage of a car killing a protester at Charlottesville, he yanks viewers out of the fictional world in which Stallworth is a witty action hero to hammer home the contemporary connections. The effect is not only unsubtle but also troubling as Lee infuses documentary outrage with fictional thrills. 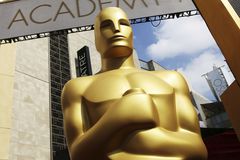 Film Review
Review: Scotty and the Secret History of Hollywood is a fascinating and poignant chronicle of sexual politics
August 3, 2018 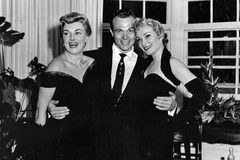 Film Review
Review: The Spy Who Dumped Me is a smart idea for a movie, but the jokes run out early
August 2, 2018 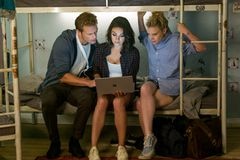