A crusty screed against many facets of modern life – the internet, smartphones, insurance companies, pecans – but kinda ho-hum on the subject of drug violence, Clint Eastwood’s The Mule is one of the more confounding films of the year.

Based on the true story of octogenarian horticulturalist Leo Sharp, who became the Sinaloa Cartel’s oldest drug mule, Eastwood’s film is pitched somewhere between dead-serious character study, tawdry crime thriller and shaggy comedy, the likes of which might star Will Ferrell (or maybe Alan Arkin) as a bumbling accidental trafficker.

Eastwood directs himself here as Earl, a Leo Sharp stand-in who, after a long career tending to his flowers but ignoring his family, finds himself down and out due to, more or less, “the damn internet.” Quite quickly, he’s recruited to run drugs for one of Mexico’s biggest cartels, who prize his innocent-seeming age and spotless driving record, and don’t seem to care much that he’s extraordinarily racist.

As Earl completes more and more runs, though, Eastwood ignores every opportunity to sketch in what exactly his hero thinks about this dirty work. Earl, a Korean War vet, seems to take pride in civility, in treating people right – he interrupts his trafficking to help a couple change a tire, pick up some farmer-market pecans and patronize the humble folk who make “the best pulled pork sandwiches in the midwest,” hilariously frustrating his cartel handlers – but he never once questions, hey, maybe this life of crime is harmful to some people? If Eastwood’s intention was to paint Earl as more a selfish anti-hero, that could work. Yet that’s never explored either, resulting in a character who’s a cipher of intentions.

“Quick” is the operative word for The Mule. Eastwood started shooting the film only six months ago, and the short turnaround is evident in every frame. Notoriously reticent of multiple takes, Eastwood mishandles most of his cast, who seem unsure what tone or level of dedication they’re supposed to be aiming for. (Dianne Wiest, as Earl’s ex-wife, suffers the greatest here, though Andy Garcia, as a cartel boss, seems to be having fun on his own wavelength.)

Like Eastwood’s last film, The 15:17 to Paris, there’s perhaps more to The Mule than can be discerned after only one viewing (and a hasty watch at that; the film was only made available to critics a day before release via a last-minute press screening). The comedic bits – Cooper’s treatment of his cartel snitch, Earl’s unstoppable libido, whatever it is that Garcia is doing – are endlessly intriguing, not quite moments of failure, but not unsuccessful, either. And Eastwood’s choice of soundtrack – gentle, twinkly jazz, like we’re watching the story of a man building a boat – is maddening in that same eternally curious way.

There’s an interesting movie, or five movies, stashed away somewhere in The Mule. Good luck to those hoping to sniff it out.

Film Review
Review: Spider-Man: Into the Spider-Verse may be the best web-slinger tale ever told
Subscriber content
December 13, 2018 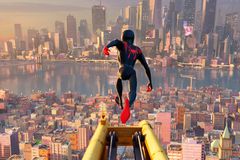 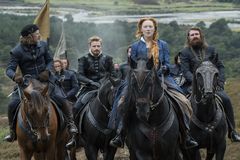 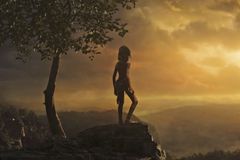