“But this time is different!” So say two different characters two separate times during the course of Creed II. It is easy to underline that the new film doth protest too much, given it is the sequel to a sequel to a six-part franchise. This far into a fight, nothing is really “different.” And yet.

Everything about this latest extension of the Rocky brand seems like it should fail. Gone is director Ryan Coogler, who brought such focus, fury and specificity of character to 2015′s Creed. Missing, too, is the series' working-class Philly setting, as crucial to the series' best entries with star Sylvester Stallone himself. (The City of Brotherly Love is glimpsed in the beginning, including a wry moment of joggers “pulling a Rocky” atop the steps of the Philadelphia Museum of Art, but the action is mostly relocated to Los Angeles.) And while Michael B. Jordan’s contender returns as the title character, lost is the sense of knock-'em-out discovery that the actor delivered in his first go-round.

But then, very early on, new director Steven Caple Jr. starts to nail the punishing, brutal fight scenes. And Stallone turns up the dial on his hang-dog, aw-shucks charm. And Tessa Thompson goes miles above the effort that her love interest role requires. And Jordan pushes his way through one physical endurance test after another, his body its own sort of special effect. And composer Ludwig Goransson resurrects Bill Conti’s score with the help of A$AP Rocky. And then the whole thing just ... works.

It works so well that by the time the final punch land,s you won’t care that Creed II is as close as Hollywood has gotten to producing the cinematic equivalent of a Mobius strip. (So much so that detailing the film’s plot to, say, any one of its major characters would be a cruel exercise – they’d surely think themselves concussed, given how repetitive it all sounds.)

The film opens shortly after the events of the first Creed, with newly crowned heavyweight champion Adonis (Jordan) only allowed a brief moment to bask in his glory. Thanks to a slick (and severely underdeveloped) fight promoter, Adonis is coaxed into facing off against Russian dynamo Viktor Drago (Florian Munteanu), son of Ivan (Dolph Lundgren), who killed Adonis’s father Apollo in the ring three decades ago, before being defeated by Rocky Balboa (Stallone).

So yes, there’s another Creed versus Drago – and another Balboa versus Drago for good measure, with the two Expendables acting as coaches to their respective younger charges. The film’s love of repetition even extends to its internal structure: Over the course of 130 minutes, Creed II contains two big fights, two big training montages, two big emotional moments for Stallone, two big and unexpected (and excellent) cameos.

Perhaps the screenwriters think this is all a clever and epic homage. One character even announces, late in the film, that “there’s something Shakespearean about this!” But given that one of the writers is Stallone himself, the homage is self-directed, which seems like a rather easy fight to win.

What’s less easy is Caple’s job, having to pick up from where Coogler left off. Yet the director, who’s mostly worked in television, creates his own distinct world here, finding curious angles in the ring and quiet corners outside it. The entirely predictable story moves with surprising speed and power, with Caple determined to provide emotional heft to moments that shouldn’t otherwise deserve them.

By the time Adonis and Viktor throw their last punches – and hints of Conti’s eternal Gonna Fly Now echo in the background – you will be ready to stand on your feet, throw your hands in the air, yell into the crowd, burst into ugly tears ... whatever you normally do during the rousing finale of a Rocky movie. It will feel familiar, but just go with it. 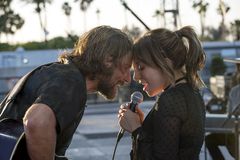 Real-life ‘Rocky’ gets his moment on-screen
May 4, 2017
Down but not out, Rocky Balboa returns as a mentor in spinoff Creed
November 24, 2015 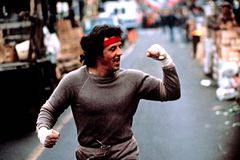