The general rule for patients with cystic fibrosis is to not get within six feet of each other, to avoid the transmission of deadly bacteria. This is a rule Stella (Haley Lu Richardson) has never challenged, until meeting Will (Cole Sprouse) during her latest hospital stay. Quickly forming a romantic bond, the two teens must grapple with the fact that they cannot touch each other. Nevertheless, they find creative ways of building their relationship while they are patients, deciding to get slightly closer than the recommended six feet. And this is where Five Feet Apart gets its title, from the risk Stella and Will allow themselves, regardless of the grave tragedies that accompany their lives in the hospital.

Despite a strong performance from Richardson, Stella is a poorly constructed character. Her life revolves around her illness: She codes, only to build apps to help with medication. She has a YouTube channel, only to post videos about her illness. She has outside friends, whom she can’t see because she’s in hospital. While illness, especially chronic illness, can take a huge role in a person’s life, Stella is utterly subsumed into it, with no identity outside being sick – this is less like a sensitive depiction of how one might live with illness, and more like a shallow representation of a cystic fibrosis that is a black hole for the personality.

Like a manic pixie dream girl in training, Stella’s life outside of being sick is finally activated when she meets Will. Under the guise of “control issues” (which are never seen otherwise), she takes charge of his treatment plan, taking care of his health and transforming his apathy into a joie de vivre. The relationship, based around cystic fibrosis initially, does develop into feelings beyond illness as the two fall in love, and Will becomes Stella’s new (and only) focus. And so Stella’s second identity is formed: love-struck girlfriend.

Stella is a lazily created protagonist, which fits with the lazily created plot. A melodrama without any bite to it, Five Feet Apart is clichéd and exploitative. Cystic fibrosis is a quirk to work around when the film leans into romcom territory, but a source of drama when things seem to be going too smoothly. The worst of it is when Stella’s fellow patient and token gay best friend, Poe (Moises Arias), is cruelly killed off just as he begins making plans for life outside of encouraging the romance of Stella and Will. The death serves as the push for the couple’s next adventure and is never mentioned again. Sprouse’s performance doesn’t help endear the couple to the audience either. Easily given the worst lines of the film, it’s hard to blame him completely, but something doesn’t ring true in all his “I love yous” and “You’re beautifuls,” and the effect is an unbelievable – yet obnoxious – couple to carry a whole film.

Convinced that a woman with cystic fibrosis would have no life outside of her illness until she got a boyfriend, Five Feet Apart lacks the strong characterization that might have saved the otherwise flaccid film. The most intense emotion generated by attempts at sweeping romantic gestures (a clandestine champagne-and-lobster birthday dinner) or heavy dramatics (nurses issuing semi-death sentences), is absurdity – and even that isn’t very interesting. Five Feet Apart is an infuriating and unenjoyable take on first love. 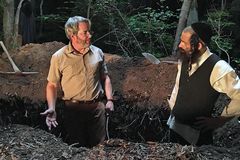 Film Review
Review: Wonder Park is like Pixar’s Inside Out on a roller coaster
March 14, 2019 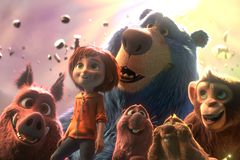 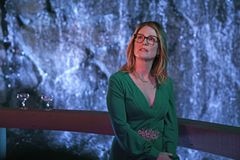